Pirates War: The Dice King Dabbles In Being A Digital Board Game

Idiocracy recently announced that their digital board game Pirates War: The Dice King is on Kickstarter. The game is seeking $40,000 in crowd-funding and has already managed to eclipse the $2,000 mark after successfully being Greenlit for Steam.

Pirates War has the appearance of a typical mobile game but Idiocracy wants to be able to establish a cross-platform ecosystem, allowing mobile, Steam and browser-based gamers to all play together on one server.

As mentioned in the official description of the game…

“In Pirates War – The Dice King, you are a pirate captain competing with others. Like other “property trading board” game, you can buy land, build buildings, upgrade them and in the end the richest person will win each match. However, you don’t have to just ‘talk with money,’ you can battle with one another and as a captain, you and your crew will have great effect on the battle ground.”

You can see the pitch video for Pirates War below.

The game looks like a lot of the typical realm-vs-realm style PvP games for mobile devices. The fact that it’s free-to-play and has a robust cash shop attached seems to indicate it’s more standard fare than usual.

Graphically, the Flash art works well enough and the concept of bringing a digital board game to the PC space seems intuitive but it seems to fall short in its ambition when compared to games like Card Hunter or Tabletop Simulator. 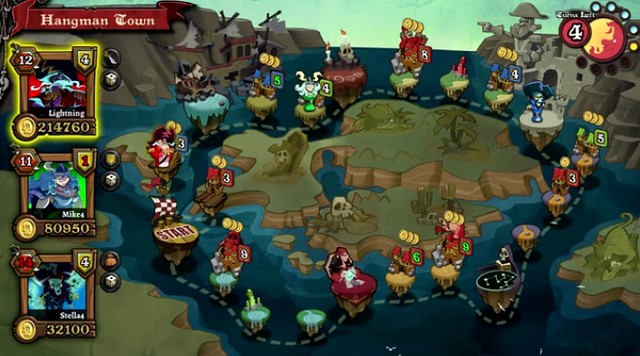 One of the other meta aspects of the game is on the buying and stealing land. Players will attempt to control the land and run other plays off their turf in dice-oriented card battles. It’s as much a game of luck as it is a game of guts (unless you buy from the cash shop, then it’s a game about bucks).

If you’re really into cross-platform titles between browser-based gaming, client-based gaming and mobile gaming, you can further look into Pirates War: The Dice King by checking out the official Kickstarter page.