Hulk Hogan is currently grappling with media giant Gawker, a publishing organization that peddles in the lowest form of tabloid publicity. However, Hogan appears to be suffering a two-pronged assault, as parts of the leaked sex tape that Gawker originally distributed years ago, has allegedly been released that contains audio of Hogan using racially charged language. In result, WWE has pulled Hulk Hogan from their merchandise, removed him from their promotion and had 2K Games and Yukes to yank the wrestling legend from the upcoming video game, WWE 2K16.

According to ShackNews, WWE issued a statement saying…

“We are highly respectful of the way that our partners choose to run their business and manage our partnerships accordingly. We can confirm that Hulk Hogan will not appear in WWE 2K16.”

This comes after a leak containing colorful language by the living legend that many deemed insensitive, racist and hateful.

However, in light of this, conversation has spurred over vilifying someone for comments made in private. According to the leaks from the National Enquirer – which originally came from the sex tape that Gawker published years ago – Hogan was recorded saying…

“She is making some real bad decisions now,” […] “My daughter Brooke jumped sides on me. I spent $2-3 million on her music career, I’ve done everything like a jackass for her”

“I mean, I’d rather if she was going to f–k some n—-r, I’d rather have her marry an 8-foot-tall n—-r worth a hundred million dollars! Like a basketball player! I guess we’re all a little racist. F–king n—-r.”

The conversation was in regards to his daughter’s flailing music career and how she ended up with a black guy he apparently didn’t approve of. It’s interesting because for some reason Hogan is catching major heat over this leak from a tape recorded eight years ago, even though he was on a radio show where he was candidly speaking about the topic with far less worry about politically correct brigades donning breeches as the Right to Censor over every little thing said. The clip below, from the radio show, was posted by the NY Post.

During today’s culturally sensitive times, everyone has to tiptoe around with what they say; thought policed by a media with the intent to publish defamation at the drop of a dime.

Hogan’s lawyer, David Houston, feels this is all a little too convenient. The Hulkster is suing Gawker media for $100 million over leaking the sex tape in the first place. How timely is it that this new information from the sex tape leaks as a way to discredit that lawsuit?

According to Houston, he told Fox News…

“I have my suspicions, as you can imagine” … “If I can find out it is Gawker who leaked the transcripts, we will bury them.”

There’s no proof tying Gawker to the scene of the crime, but a lot of people – especially everyone revving up e-mails to Gawker’s advertisers and the denizens of #GamerGate – are hoping that Gawker did make this fatal slip so that Hogan can bury the media empire for good, as reported on sites like The Ralph Retort. They’re seen amongst most normal folk as the lowest of all gossip rags and an unrepentant slave driver of outrage click-bait. 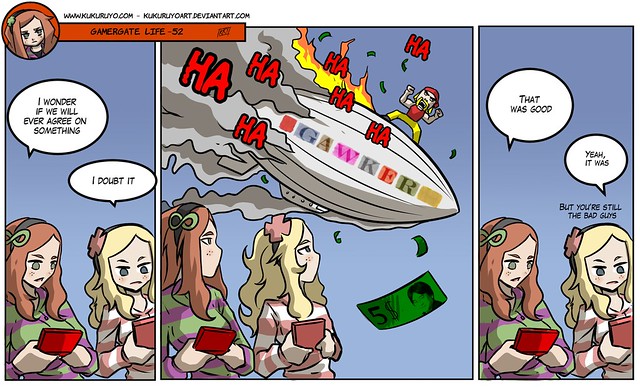 According to Adweek, Gawker is expected to re-brand and relaunch this upcoming Monday on July 27th. Co-founder Nick Denton expressed to Digiday that…

“We have an awesome portfolio,” … “We produce a lot of drama. And sometimes, we become the story. We don’t want Gawker.com to be limited by the needs of the company. And there is a strong argument for a company name that is not the same as Gawker.com.”

The Digiday article points out that Gawker will go through a “name change”. According to Capital New York, they’re doing more than just changing the name, they’re also going to be “20% nicer”.

Whether or not any of that will happen is completely up in the air and whether or not this change will gain them back the advertisers they lost over outing the CFO of Conde Naste remains to be seen. However, this embittered battle between a tarnished pro wrestler and a tarnished gossip rag seems like it’s building up to be the ultimate slam of the summer… especially if Hogan secures his $100 million victory. A victory, I might add, that would permanently put Gawker out of business since they don’t have the funds to pay out that kind of cash.

WWE 2K16 will launch this fall for home consoles… with a roster that won’t include Hulk Hogan.