“The Mac and Linux versions share all of the features and content of the PC game and includes seamless online cross-play, with players able to play together no matter which platform they choose.”

They also announced that ARK: Survival Evolved will be discounted for a limited time during Early Access to celebrate the news of the game being made available on two additional platforms. 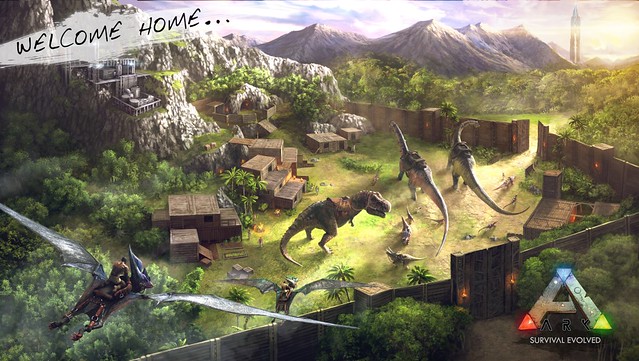 Studio Wildcard eventually has plans to port the game over to home consoles, but right now that’s just talk given that games like DayZ and Space Engineers are also supposed to be coming to consoles and progress on those titles appearing on the eighth-gen machines seem about as slow as molasses rolling down a barely-protuberant molehill.

To their credit, the developers have managed to make ARK a fast, fluent, smooth gameplay experience. Gamers are loving the ability of having dinosaurs as pets and they’re just as thrilled about going around killing them and eating them.

The Early Access price for the game seems a bit steep but if you want to learn more about the game you can do so by hitting up the Steam page.