Custom, dedicated, online multiplayer for GTA V is here. The FiveM project has gone live and the pre-release version is available right now, meaning you can play on modded servers of GTA V and cheat, mod and hack to your heart’s content without worrying about being banned bv Rockstar. You’ll need to download a web installer that installs the 40MB server files and then you’ll be good to go.

Over on the FiveM website the file is now available. There’s no official announcement about it and the website description hasn’t been updated in the past couple of months, but if you want to grab the file you can.

A general description of the mod is that…

“FiveM also distinguishes itself from GTA:Online by allowing not only custom levels consisting of placed objectives around the existing map, but also allowing large-scale scripting of game modes, extension scripts and nearly anything imaginable. And, as the game itself gets researched further and further, the possibilities will only grow.” 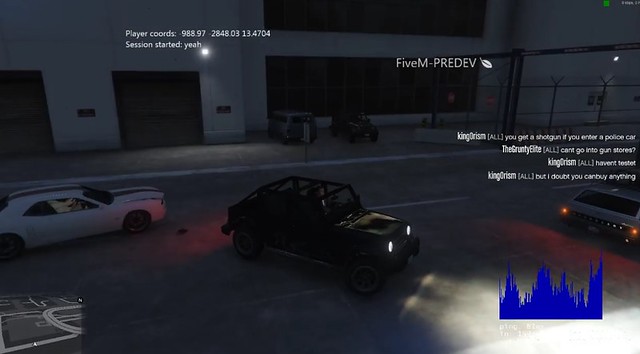 After you download the zip file you’ll be required to run the web installer, which will gather up all the necessary files so you can begin to play online. And yes, you will need a legitimate copy of GTA V installed because it will search for the proper executable.

If you’re curious how well it works, there’s a video of the older version of the mod available from El Muhaerte that you can check out below. It runs rather stable for now.

first play test, pretty stable. it works get the build here: http://forum.citizen.re/t/experimental-fivem-builds-fresh-from-the-oven/964 graphic settings are set to default, no changes so don’t complain about graphics!

The FiveM mod will start off slow. It supports up to 32 players just like Rockstar’s GTA Online. From there it will scale to allow for more players.

They’ll continue to run tests, fix up compatibility and make sure things run as smooth as possible before going flashy about the availability of the mod. It’s still early in the design process but they’re making good headway.

Mods like this will be necessary for the upcoming LCPDFR mod that allows players to role-play as police officers in Los Santos with other players online. That’s going to be an exciting time to see how that all plays out. It’ll be like a proper MMO version of GTA V… the way the game was meant to be played.

Glorious PCMR and modding for the win.