Studio MDHR released their newest trailer for the highly awaited but perpetually delayed boss-fighting co-op title, Cuphead. The game features two cupheads in a deal with the devil attempting to break free of a contract by taking on seemingly impossible tasks. The newest gameplay trailer not only showcases the game’s amazing animations but it also confirms the 2016 release for PC and Xbox One.

The Xbox Hub was quick to snap some screenshots from the trailer and post up the video after it went live during Microsoft’s E3 press conference.

E3 2015 Trailer for CUPHEAD. Coming for XboxOne and Steam (PC) in 2016! Website: http://www.cupheadgame.com For more information: http://www.studiomdhr.com Twitter: https://twitter.com/StudioMDHR Cuphead is a classic run and gun action game heavily focused on boss battles. Inspired by cartoons of the 1930’s, the visuals and audio are painstakingly created with the same techniques of the era, i.e.

The game features a series of boss fights that players will partake in as they attempt to fight back against their deal with the devil.

The concept of the game is a tried and true endeavor. It’s nothing different than the arcade Mega Man: Power Battle games that Capcom made many years ago back in the 1990s where two players would cooperatively battle against a series of bosses on a single screen. They were challenging and different from other games out there and it’s nice to see Studio MDHR hearkening back to that concept of gameplay with Cuphead. 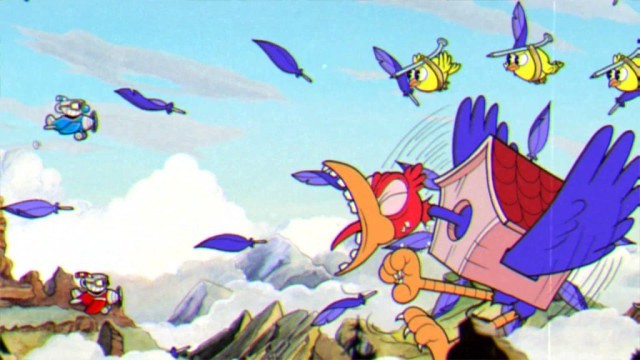 In my opinion the real highlight of Cuphead are the superb animations set to rekindle the joy and vivid liveliness of animations from back in the 1930s. The amount of detail and fluidity that the small team of indie devs put into the way the bosses react, fire and fill up the screen is just breathtakingly engaging. It makes you really want to see more.

I’m hoping that the soundtrack for the game is as authentic as the animations.

Gamers can look for Cuphead to drop on PC and Xbox One starting next year. You can keep track of the progress of the game and its development by heading on over to the official Studio MDHR website.