Bohemia Interactive announced during the PC Gaming Show E3 conference that Take On Mars, the Early Access game running on the Enforce engine, will evolve out of alpha and enter beta testing this summer. To commemorate the news Bohemia Interactive launched a new trailer showing some of the gameplay and features of the title.

Take On Mars is a space simulator where gravity, weather conditions, radiation and oxygen all play a part in a player’s attempt to survive on the harsh planetary conditions of Mars.

Martin Melichárek, the project leader on Take On Mars, commented about the game’s progress and beta launch, saying…

“What was originally a Mars rover simulator has grown into a significantly larger game, offering the comprehensive exploration of Mars, ranging from robotic vehicles up to the recently added manned portion, where you are tasked with establishing the foundations of a colony. Thanks to our small but dedicated team, our vision is progressively coming to fruition. The Beta release will be the next stepping stone in this regard”

You can see what progress they’re making with the trailer below.

From operating rovers to surviving the harsh conditions of space, Take On Mars places you right in the middle of mankind’s most exciting undertaking: building a colony on another planet. Available now on Steam Early Access for $17.99/13,99€. Beta coming this summer. https://www.facebook.com/takeonthegame https://twitter.com/takeonthegame https://www.takeonmars.com (This trailer contains actual gameplay footage only.)

The survival elements are usually only interesting in games when there’s a strong sense of realism about said elements. Here we get to see that simple things are challenging; maintaining some form of breathable oxygen becomes an actual task, just the same as attempting to establish a livable habitat also becomes a surmountable obstacle.

Take on Mars takes these rather mundane elements many of us take for granted and turns them into problems that have to be solved by players in an environment where losing oftentimes than not means not having a basic means of survival. 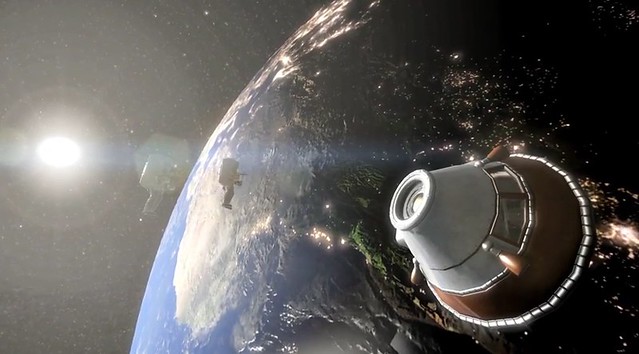 The game looks pretty good, but we all know Bohemia Interactive games are known for being rather buggy. Of course, that’s why the game is in Early Access and getting fixed up right proper for an upgrade to a beta build.

Take on Mars is available right now in Early Access for $17.99. You can learn more about the space-survival simulation by heading on over to the Take on Mars website.