Following the misinformation and defamation spread through a hit-piece on national Dutch television against #GamerGate, various individuals fighting for ethical reform in media institutions took the fight to the “Raad voor de Journalistiek”, or the Dutch Press Council. It’s a board made up of members of the media for the media. The council is headed up by renown Dutch judge Egbert Myer, and said council has decided to take the #GamerGate case seriously.

I was sent various e-mail copies of the letter from the Dutch council and a brief post was made over on the Kotaku in Action sub-Reddit where it was noted that on June 26th, 2015, in Amsterdam there will be a hearing about #GamerGate and its portrayal in a piece on Dutch broadcasting news program EénVandaag, from news outlet AVROTROS, which occurred back on October 24th, 2014. The title of the piece? “Gamergate: Female gamers threatened”. You can check out the video of the feature below.

They get death threats, they are being stalked and sometimes they even have to leave their homes because of the threats. Women in the gaming industry have to deal with heavy intimidations. The reason is the current discussion about the role women play in games.

“They get death threats, they are being stalked and sometimes they even have to leave their homes because of the threats. Women in the gaming industry have to deal with heavy intimidations. The reason is the current discussion about the role women play in games.”

A recent data report from WAM! has shown that the people who have been labeled as harassers on a GG Autoblocker are not part of a harassment campaign. In fact, according to the data, less than 0.66% of those associated with the GG Autoblocker had any ties to reports of alleged harassment.

Gamers are using the facts to fight back against a corrupt media narrative, and this includes going to whoever they can to get changes enacted against outlets spreading misinformation and defamation. One of those outlets for fighting back against the narrative is the Dutch Council for Journalism. As noted in the Reddit thread by user Generaallucas…

“If someone has a problem with a media outlet and what they said about the person or company/group the person belongs to, they can file a complaint to the Dutch Journalistic Ethics Council about this if the media outlet didn’t handle it the way the complainer wanted to or if the complainer was ignored within a time span of three months after one tried to contact the media outlet. (in this all GG’ers were ignored by AVROTROS). One can represent themselves, a company or a group. I represent GamerGate in this with the permission from William Usher and Milo Yiannopoulos”

According to a translation of the letter from a secretary for the Dutch Council to Generaallucas, it states…

“At a hearing both parties will get the possibility to state their standpoints (Maximum of 10 minutes), with possible further questioning from the Council. A short oral presentation only serves to add to what has been presented in the papers submitted. You will hear as quickly as possible at which specific time the case will be handled.”

The verdict of the hearing will be made public on the official website of the Council for Journalism located at rvdj.nl.

“Further I want to point you at the fact that the Council does not lay down sanctions on media outlets, such as compensation or rectification. If the Council comes to the conclusion that the media outlet has been (partially) negligent in their journalism, the media outlet in question will be advised to publish the verdict completely or in a recap.“

This doesn’t guarantee anything other than that the council will at least hear the case involving a media outlet running with a narrative without doing their due diligence. As we’ve seen in the case of the CBC, they have repeatedly avoided taking responsibility for their actions by stating that no ethical standards were breached in their multiple reports of #GamerGate across the CBC network. On the upside, the CRTC is at least investigating the CBC after the Lunar Archivist contacted them multiple times and included two lengthy posts on Tumblr detailing how the CBC’s platform was used to push manufactured propaganda.

While some media outlets would lead people to believe that #GamerGate is solely about harassment, keep in mind that the whole consumer revolt has succeeded in getting ethics policies at various outlets reformed, updated or made public at the behest of gamers concerned with the quality of reporting on a hobby they love and an industry that they’ll fight for until their last dying breath.

And just in case you were wondering… yes, it’s happening. 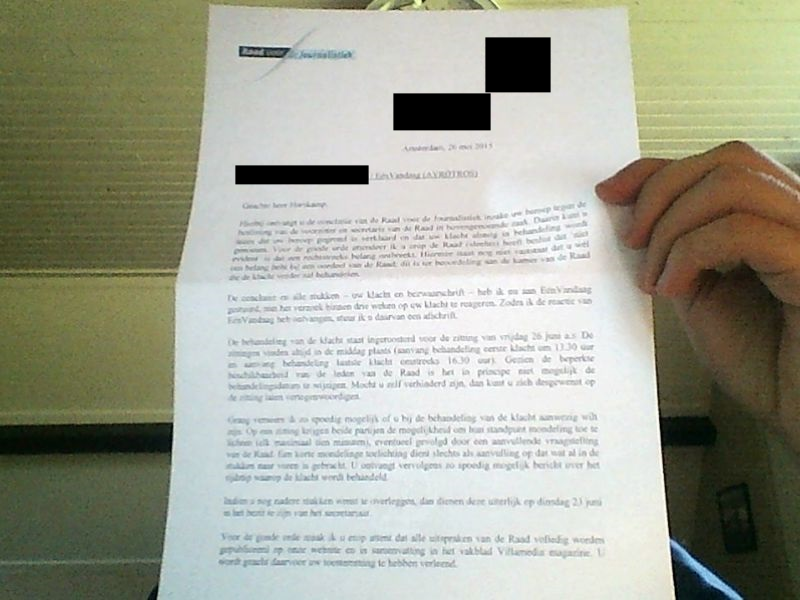