The MultiGames Brings Some GMod Tower Gaming To Roblox

Ever played GMod Tower? It’s a massive meta-game for Garry’s Mod. It started as a lobby with various little mini-games for players to engage in and now it’s sort of like the PC rendition of Mario Party. It’s massive. Well, Roblox is almost heading in the same direction with a little side project from HydroOne called The MultiGames. It’s a lobby-based multiplayer hub with various sub-games that allow players to dive in and play with friends, rivals and the like.

Over on the Roblox website the beta for the The MultiGames is live and playable, featuring eight multiplayer mini-games that can be access from a main lobby. So what games are present? Check them out below.

The project has only been live for a few weeks, but each game enables gamers to experience something a little different and unique each time around. I tried out a few, but some of them required other players to be present, resulting in getting jammed in lobby purgatory. At that point I simply had to exit and re-enter to try another mini-game. 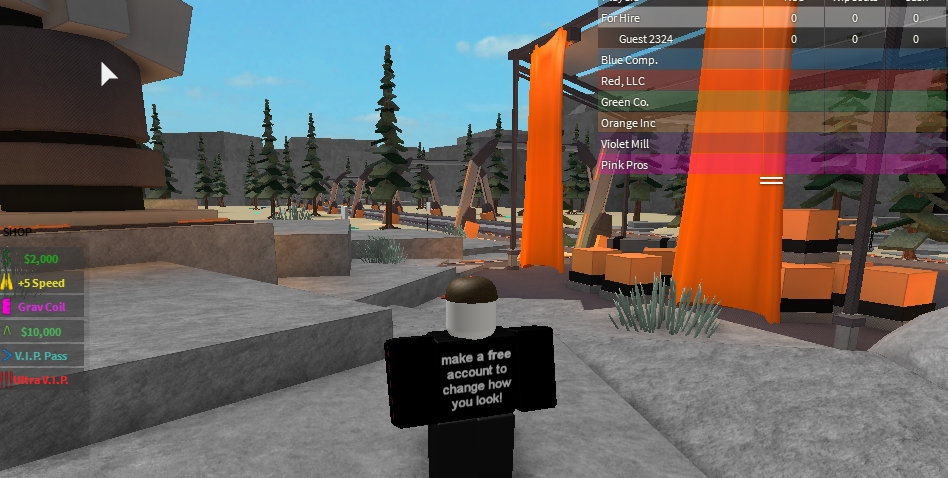 The one I found most comprehensive was Advanced Warfare Tycoon, even though it was more like a Lumber Warfare Tycoon. The concept behind the game was to take control of a lumber section, build up a lumber manufacturing business and become a tycoon. The wood processing is how you make money, which can then be used to upgrade your lumber yard or buy new weapons. Sounds easy right? Well, the Warfare part comes into play with all the PvP involved in the game. You start with a samurai sword and eventually earn your way up to buying bigger and better weapons.

With multiple players you’ll have to take turns grabbing the payout while the lumber yard processes the wood. Some of the wood processing has to be done manually so there’s a constant battle with other teams to process wood, kill rivals and upgrade your goods. 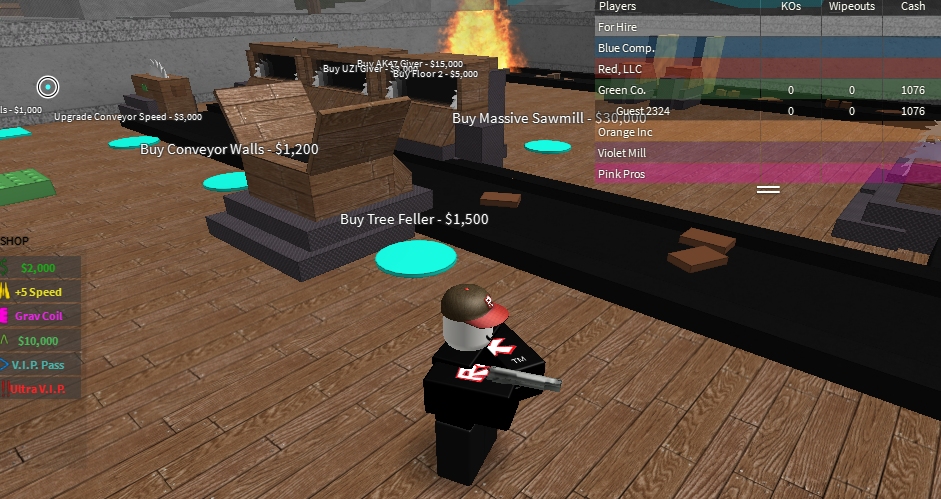 As mentioned, there are multiple mini-games contained within The MultiGames, so there’s a little bit of something in there for everyone. The only trouble right now is that there aren’t enough players playing, so you might find yourself playing alone most times. However, the creator did reach out to get some coverage. According to HydroOne…

“Every Week I will make at least 4 new games for this place or add them.”

It’s not quite on the level of GMod Tower, which is really, really impressive after years of iteration. However, with some improvement, some work and a little bit of time maybe The MultiGames can reach that level of prestige.

If you want to check out HydroOne’s The MultiGames feel free to pay a visit to the official Roblox website and start playing for free.