Ars Technica, The New Yorker, The Washington Post, The Christian Science Monitor and Wikipedia all have one thing in common: formulating outrage propaganda to push an agenda by culture-critics who are making bank on the outrage. How have they done this? Well, by running with a false narrative concocted around baseless claims that the gaming industry is nearly irredeemably sexist and that it’s an inherently dangerous place for women. Except, that’s not what the actual research – what little is available – actually says.

Multiple reports from various media outlets have surfaced around a recent long-study on the effects of sexism in gaming featured in the Psychology of Popular Media Culture. What did the study find? Well, according to the Department of Psychology at the University of Cologne in Cologne, Germany, researchers Rachel Kowert, Johannes Breuer, Ruth Festl and Thorsten Quandt discovered the following after a three year longitude study about sexism in gaming with kids aged 14 and older…

“Controlling for age and education, it was found that sexist attitudes-measured with a brief scale assessing beliefs about gender roles in society-were not related to the amount of daily video game use or preference for specific genres for both female and male players.”

This follows up shortly thereafter on another research study conducted by Oxford University that measured the effects of video games and violent or aggressive behavior between 200 kids aged 10 and 11. According to the Telegraph…

Research involving British primary schoolchildren found that the length of time young people spend playing games, rather than their content, could have an effect on their behaviour or school performance – and even then only slightly so.

“But it concluded that fears that a generation of young people are growing up with their development impaired by exposure to violent video games are no more likely to be borne out than previous “moral panics” over television and other media.“

In short, video games, on their own, don’t readily cause kids to become sexist or violent, despite some critics claiming otherwise, as linked in this thread on the sub-Reddit Kotaku in Action by user Generaallucas.

Over the past eight months various media outlets have been strongly parroting the poorly researched sophistry from Jonathan McIntosh and Anita Sarkeesian about the harms and dangers of sexism in gaming. In one of the Feminist Frequency videos, part 1 of Tropes vs Women in Games, Sarkeesian makes it known that research indicates that the images and content she covers in relation to video games can distort perception and cause harm to the way people view real world women.

For the hearing impaired, Sarkeesian says the following…

“While the negative impacts of sexual objectification have been studied extensively over the years, and the effects on people of all genders are quite clear and very serious. Research has consistently found that exposure to these types of images negatively impact perceptions and beliefs about real world women; and reinforces harmful myths about sexual violence.”

The citation for this claim – listed over on the Feminist Frequency website – comes from a study conducted by Karen E. Dill, Brian P. Brown and Michael A. Collins called Effects of exposure to sex-stereotyped video game characters on tolerance of sexual harassment. A comprehensive breakdown of the study was carried out by VG Researcher, where they note that…

“I find this study loosely connected to video games in part because the methodology is rooted from previous studies. The main reason is that participants were only shown photos of sexual stereotypes from video games; the same effect can be achieved in other media. This study adds some amounts of what is already known in sexual attitudes research. What remains to be seen are the long-term effects, how often teenagers are exposed to sexual portrayals in video game” 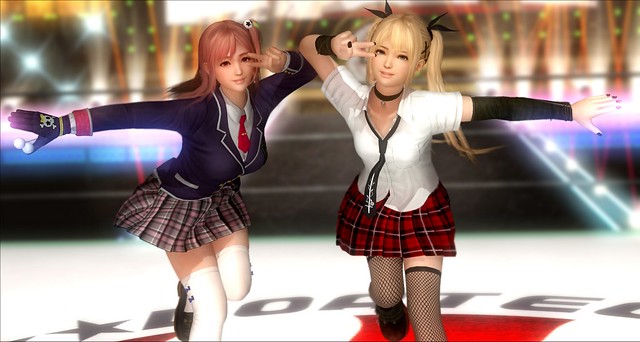 The actual results of the study? As noted in the VG Research article…

This is the basis for exclaiming video games cause sexism in real life. A 6 point difference from a study where no actual games were even played, and images from only a very specific subset of games were used, specifically games catered toward the male audience between 14 and 32. No female centric games like Nancy Drew or The Longest Journey were used.

Another one of McIntosh and Sarkeesian’s citations include a study from the European Journal of Social Psychology called Objectification leads to depersonalization: The denial of mind and moral concern to objectified others. This study has nothing to do with video games and is being conflated with the issue of interactive entertainment.

They also cite the Standford study by Jeremy Bailenson, the director of the Virtual Human Interaction Lab at Stanford, where they tested “rape myths” based on how provocative in-game avatars dressed. The conclusion from the study was as follows…

Ultimately, the citations are present but faulty. None of the referenced sources by Feminist Frequency actually involve playing video games. These studies could very well apply to music labels, movie posters or comic book covers.

What’s more is that McIntosh and crew fail to look at real world statistics in comparison to their claims that are being touted around by various media outlets. The stats don’t align with their claims.

Keep in mind that Australia recently refused to classify Hotline Miami 2 due to an optional scene that implied sexual assault. The country is notorious for its harsh ratings and censorship against video games, yet according to the NationMaster the rape rate for Australia was 28.6 per every 100,000 people in 2010.

Even Germany ranks higher on the rape rate than Japan, sitting at 9.4 per every 100,000 people and that’s another country notorious for censoring games.

Funnily enough, one thing many of the developed countries have in common when it comes to the rape stats is that they’re on the decline… even Australia. So despite the claims that gaming is dangerous and sexist, actual sexual violence reports are dwindling.

The idea that there’s a correlation of video games perpetuating rape myths for a real world effect has no veritable data to back it up. The studies conducted so far have tenuous connections at best, and at worst invalidated by a lack of involving actual video game play into the studies.

For now, the real research that actually includes gamers playing games and testing the results from those studies seem to completely dismiss the current propaganda campaign by a very agenda-driven media, and the critics profiting from that agenda.