Propaganda blogs like the Mary Sue and Kotaku have been reporting on the Calgary Expo and the event relating to the group called Honey Badger Brigade being booted from the expo. According to the reports, the individuals were asked to leave the Calgary Expo, which included female gamers.The group was there to spread the word about #GamerGate and the fight for ethics. The reports, however, have attempted to point out that #GamerGate is still trying to drive women out of gaming by “infiltrating”, disrupting and harassing women in the tech industry. What the reports won’t tell you is that there were people, online, actively seeking ways to get others to undermine the GamerGate hashtag as a way to incite threats of violence.

Twitter user Frank Gore Magala, publicly announced that he had the much-wanted DLC codes for Mewtwo, a new character for the Nintendo 3DS and Wii U renditions of Super Smash Bros.

One gamer answered his call, attempting to barter with an account holding $4.00. However, Dan of Steel had another plan in mind. You can check out the image below or click the image to read the archived exchange from Twitter. 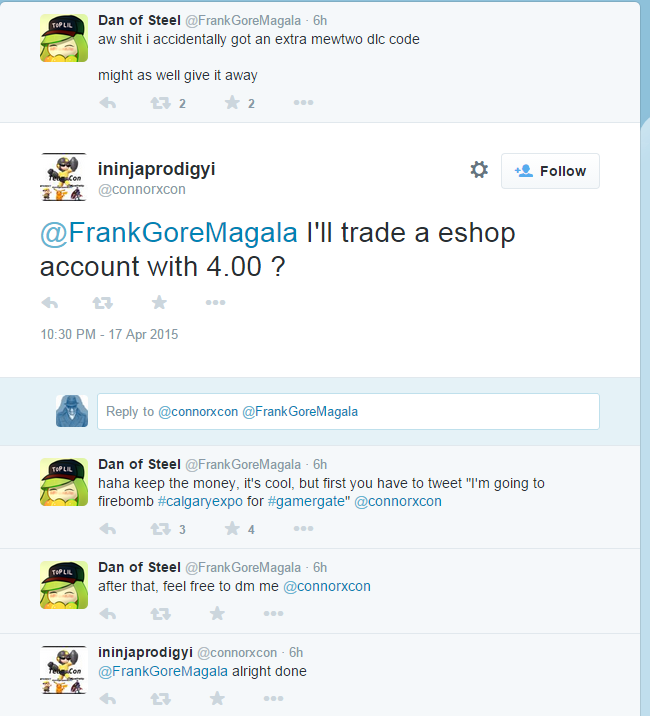 The tweet he sent out is now deleted, but the responses he received are still there, with people condemning him for using #GamerGate to send threatening messages.

@connorxcon lol no, thats a beyond stupid idea and the #GamerGate Cabal does not endoese this

@connorxcon just don't say stuff on twitter for games, usually it's people wanting you to make threats or terrorist stuff about Gamergate

Connor later explained himself… that he was only 14 and really desperate for a Mewtwo code.

However, Frank had plans to wipe his hands clean, shortly thereafter posting the following message. 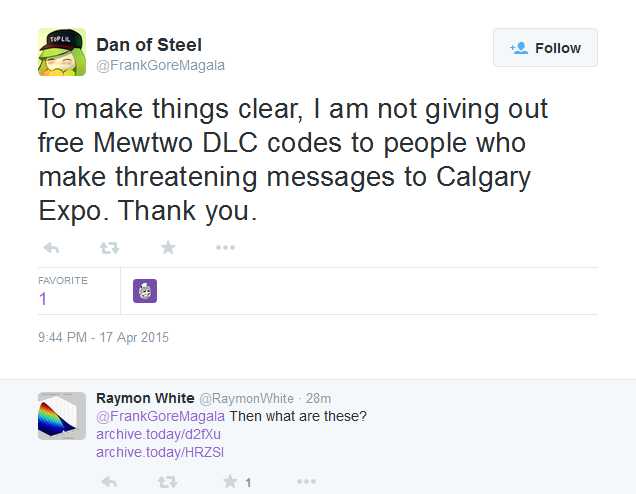 It’s yet another in a long line of tactics used to get people to utilize the GamerGate hashtag for the purpose of appearing violent.

This wasn’t the first time this has happened. Another time users were caught attempting to give out free codes for people who would send threats using the GamerGate hashtag to certain online females profiting from the attention, as reported by Slate or indexed by GamerGate.me. You can see the image below where trolls were requesting people to use the GamerGate hashtag to send harassment for free Super Smash Bros codes. 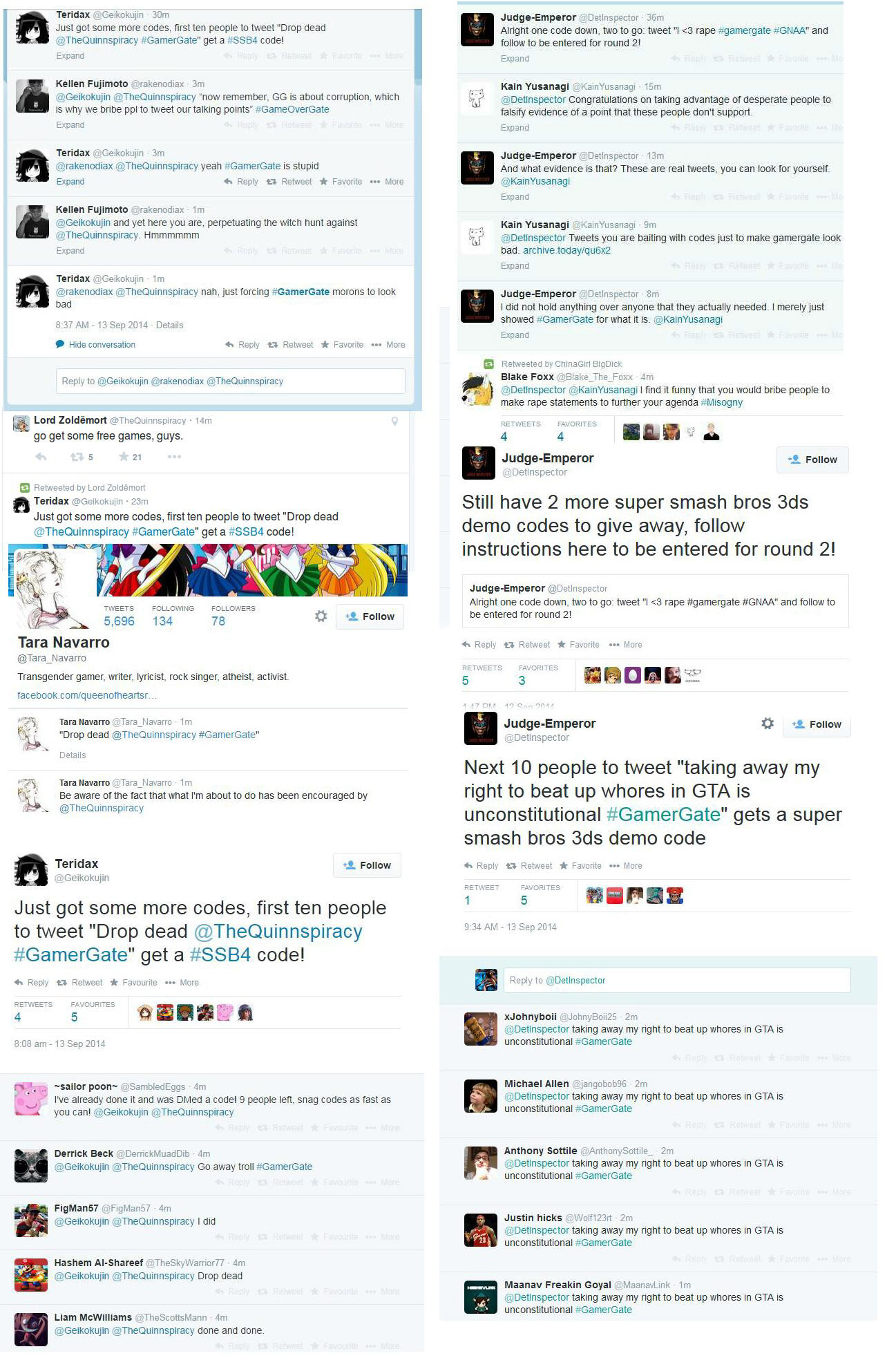 These kind of tactics have been used frequently, which included a clickbait Brazilian journalist named Mateus Prado Sousa, who was using the hashtag to send death and rape threats to Anita Sarkeesian. The #GamerGate Harassment Patrol tracked down Anita Sarkeesian’s death-threat sender and attempted to get her to report him to the authorities. She would not cooperate, however.

This issue also came up again when botnets were used in a doxxing campaign as another means of subverting #GamerGate and placing blame on the consumer revolt, just the same as other trolls were found in their lair, staging an attempt to doxx someone and put the blame on #GamerGate.

Of course, propaganda blogs would never report on those issues because it requires more than just narrative spinning without facts. However, those same blogs reporting on women being driven out of expos – such as the ones that are a part of the pro-#GamerGate Honey Badger Radio group – seemed to be a much juicier story to tell, even though all it does is showcase that people are willing to stamp out diversity and drive away female gamers in an attempt to slander #GamerGate. Who are the misogynists again?