GTA 5 Has Been Cracked Open By Modders, Mods Coming Soon

After all the doom and gloom over modders not being able to crack open GTA V due to an encrypted structure for the data files on the PC version of the game, things have rapidly turned around after a modder recently discovered that yes, you can mod GTA V once the files are decrypted. With that said, the same brilliant mind behind the Open IV Tool has made a post on the GTA forums indicating that he cracked open the encrypted files and that modders will soon be able to have their way with the game.

Games Beat spotted an update over on the forums where modder GooD-NTS released some screenshots to indicate that modding is possible in GTA V and it is achievable with a bit of hard work and some dedication to the craft. If the servers aren’t moving too slow, you can check out the screenshots in this forum post here.

The Russian developer used his magic fingers to crack open Rockstar’s prized nut and let the goods spill out for all to taste.

It’s not all daisies and daffodils, though. According to GTA Forums user SonofUgly…

“it seems like we’re actually going to be modding all the common files through the update.rpf. If R* continuously and frequently puts out updates, it could be pretty annoying for those who want to use mods and stay updated.”

This revelation came after another user pointed out that popgroups.meta in the GTA V data. If memory serves correctly the popgroups.meta was for the AI population groups used in the various districts of a GTA game. However, I haven’t fiddled around with those files in ages so don’t quote me on that. They also mentioned that the DLC vehicles aren’t listed in the vehicles.meta data file. So that’s what led SonofUgly to speculate that updates would have to be done through an update.rpf.

We’ll see when the Open V Tool is finally released for consumption. In the meantime hold onto your butts because I imagine things will start escalating rather quickly.

[Update: If the GTA Forums isn’t loading for whatever reason, you can check out the images of the cracked files below.] 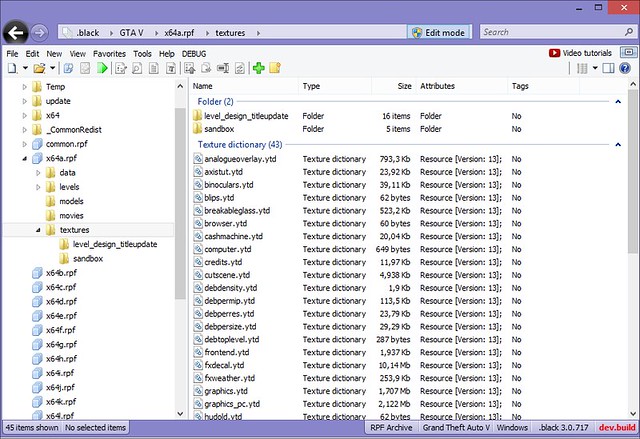 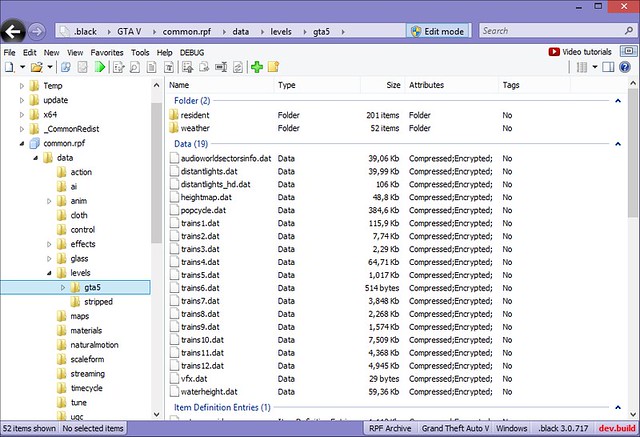 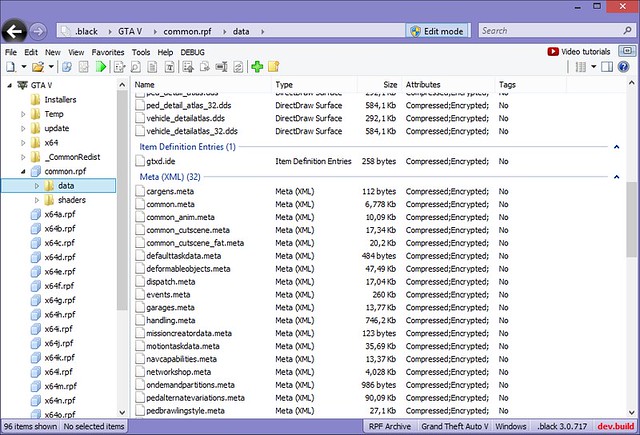 6 thoughts on “GTA 5 Has Been Cracked Open By Modders, Mods Coming Soon”