#GamerGate Succeeds With Ethics Reform, Fails As A Harassment Campaign

For nearly eight months #GamerGate has persisted, racking up countless participants who took up the mantle of fighting for ethics reform in the media. As a consumer revolt aimed at reforming ethics in media, #GamerGate has seen remarkable success. However, the opposite side of the narrative – the one painted by the media outlets that #GamerGate is at war with – paints #GamerGate as a harassment campaign against women in the tech industry. As a harassment campaign the movement has seen eight months of pure failure across the board.

In fact, #GamerGate actually managed to bring more women into the gaming industry by funding a female-focused GameJam to get more female developers in the industry, as well as helping more women attain positions at gaming websites and outlets.

If you read websites like Ars Technica or Polygon, you would be led to believe that for the past three quarters of a year that hundreds of thousands of people from all over the world, using a single hashtag millions of times, and spanning the likes of every political spectrum, groups from the LGBQT community, minorities, women, scholars and even feminists, are all aimed at trying to get women out of the tech and gaming industry.

Of course, there’s a bit of a hole in the media’s narrative. First up, you’ll find that none of these websites have provided any evidence that #GamerGate is a harassment campaign. Usually if someone points a finger to incriminate someone, they’re required to back it up with some kind of evidence. The only thing the media uses to link #GamerGate to harassment are two random Twitter trolls who didn’t even use the hashtag. Evidence beyond this is still lacking to this very day, other than he said/she said allegations and a Newsweek article showing statistics that it’s actually about ethics in journalism. In fact, the entire Wikipedia entry for #GamerGate is made up mostly of unsubstantiated opinions and allegations based on nothing more than hearsay.

Of course, there’s not much of a reason to focus on the harassment angle if there’s no hard evidence of #GamerGate being a harassment campaign.  If the media can’t pinpoint the scoundrels behind their alleged claims of harassment beyond random egg accounts, what else is there to say? This very thing is summed up nicely by YouTuber FollowTheCaptain who covers the topic of #GamerGate as a failed harassment campaign and the people who perpetuate the narrative for clicks.

So if #GamerGate fails on the harassment front and has succeeded in driving zero women out of the industry with rape or death threats, but has managed to bring in more women into the gaming industry, then what is it about? Ethics… perhaps?

As a movement for ethics reform, #GamerGate managed to get Polygon, Kotaku, Destructoid and The Escapist to alter their ethics policies back during the early days of the conflict. Since then, sites like Eurogamer, IGN, PC Gamer, the entirety of Gawker, The Verge and even Valve’s Steam have all updated their privacy and ethics policies regarding disclosure.

But why? Why would all these sites overhaul their ethics policies if #GamerGate wasn’t about ethics in journalism? Why would they bother? Well, consumers wisened up; instead of trying to fight for good PR they went straight to advertisers to pull support from websites that were found to be practitioners of corruption. 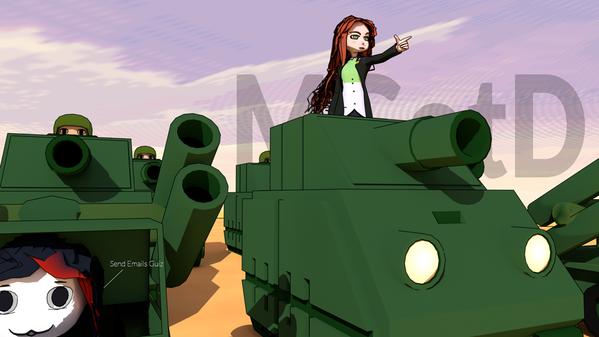 As it turns out, some of these sites had writers involved in relationships with the subjects they wrote about and failed to disclose personal ties; they were also found to be in financial conflicts of interest with some subjects. It was a utopia of corruption ripe for the picking, and #GamerGate was an ethics farmer on a mission.

It turns out that things were even more nefarious than some people thought. Beyond games journalists sleeping with their subjects and using cronyism to advanced themselves and their friends, it was also discovered that they also used their platforms to suppress information that didn’t fit their narratives, as well as blacklist certain individuals and topics that they felt undeserving of coverage. This even extended to colluding to fire and blacklist a journalist that exposed a controversial crowd-funding campaign that turned out to be used to defraud consumers. One of the worst offenses was a games journalist who opted not to report that 40,000 people had their information hacked and stolen because he didn’t want to risk his relationship with an Electronic Arts representative that he was dating at the time.

A lot of the people involved in these ethical violations were associated with a group known as the Game Journo Pros, a list that contained many big names in journalism from the tech and gaming industry. A complete list of the individuals who were on the list and the history behind the list can be found on the GamerGate.me wiki entry. 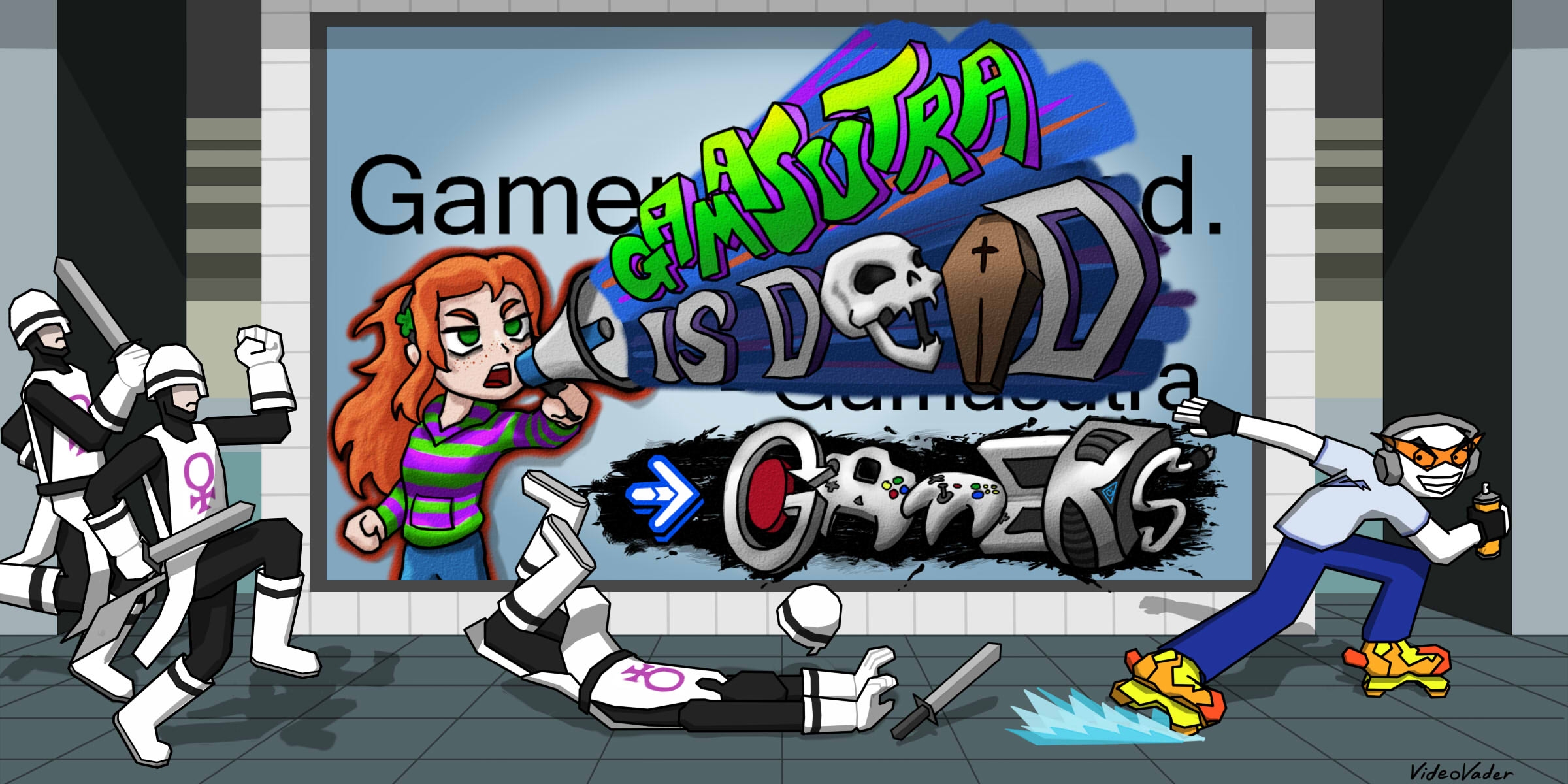 Since many of these violations have come to light, there has been a list on Medium of individuals from the Game Journo Pros who have been removed, left, quit or were fired from their positions following the leak of the list from back in September, 2014 by Breitbart. Whether some individuals were directly affected by #GamerGate or not, it means that many who participated in the spread of misinformation to  sway public opinion are at least no longer operating from larger outlets to continue spreading propaganda.

Some of the notable individuals who are no longer maintaining the same level of prestige from notable media platforms include people like Leigh Alexander, who used to be the managing editor at Gamasutra, but is now on a smaller site known as Offworld. Culture editor Casey Johnston from Ars Technica also ended up going freelance.  Ben Gilbert, another member of the Game Journo Pros, also recently left Engadget. Dale North, the former editor-in-chief at Destructoid resigned following the Pinsof blacklisting allegations, and shortly thereafter managing executive Hamza Aziz also left. That’s not to mention that sites like Joystiq have shutdown. Ben Kuchera also recently wrote about “taking a break” from gaming, but it’s not confirmed whether or not that piece was a resignation letter from Polygon.

Even still, there has been a calm in the storm; many of the bad players involved in slandering #GamerGate to cover up their own impropriety or cash in on the outrage click-bait have quieted down.

In the meantime, #GamerGate has shown a resiliency the likes of which the media has never encountered. In fact, #GamerGate even took the efforts of reform a step further by going after mainstream outlets such as the CBC after they breached their own ethics policy to skew the news, resulting in the CRTC investigating into the station. The Australian Broadcasting Corporation also got caught with their pants down trying to slant the news to cash-in on the harassment narrative, resulting in the ACMA launching an investigation into the ABC.

At this juncture, #GamerGate has kicked up enough fuss and enough reform in the media sphere to make it known that despite what the inaccurate Wikipedia entry says, the consumers utilizing the hashtag has done a lot to reform the media, as well as raise new media in the process. And why was all of this possible? Because despite the castigation from corrupt journalists… #GamerGate is actually about ethics in journalism.

12 thoughts on “#GamerGate Succeeds With Ethics Reform, Fails As A Harassment Campaign”