The community manager for CD Projekt Red, the developers behind the upcoming The Witcher 3: Wild Hunt, recently made comments comparing #GamerGate to the KKK, the Ku Klux Klan. After a firestorm of anger from all the diverse and unique people utilizing the hashtag made the community manager, Chris Priestly, aware of his mistake, Priestly offered a public apology.

“Yesterday I tweeted a comment that compared GamerGate with the KKK. This was an insulting and asinine comment that I should not have made. I apologize to everyone whom I offended by saying this. This comment was made by me on my personal twitter account and in no way represents the beliefs or values of CD PROJEKT RED, their staff or their games. I take full responsibility for the statement and I hope that people reading this understand it was a lapse in judgement by me personally and is not supported or condoned by the CD PROJEKT RED studio.”

Priestly is about six months too late to be throwing around the KKK comparisons. Back when Dell employees, movie directors like Joss Whedon, critics like Bob “MovieBob” Chipman, and bloggers like Devin Faraci from Badass Digest were regularly throwing out tweets about #GamerGate being worse than ISIS and the equivalent of the KKK, Priestly may have been able to escape with that kind of language. 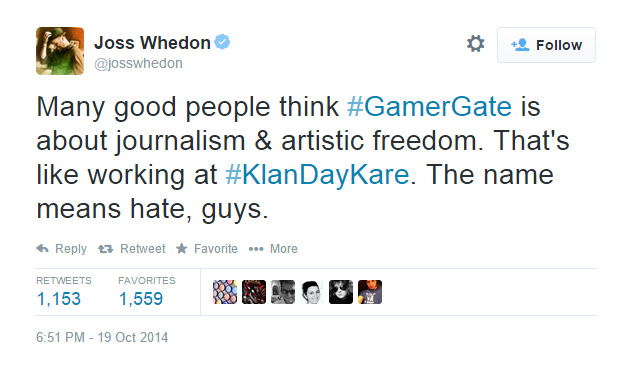 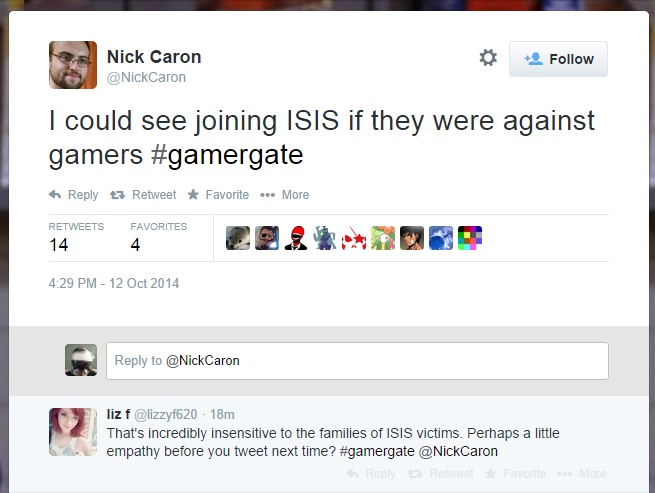 However… times have changed.

#GamerGate has been responsible for e-mail campaigns to the FTC to help get things rolling when it comes to disclosure on native advertising and paid endorsements, something that affected both Gawker and Vox.

#GamerGate has also done such a piss-poor job of harassing women out of the games industry they’re still at zero on the scoreboard for driving women out of the industry. However, #GamerGate and the denizens of #NotYourShield, the Angry Joe Show forums, The Escapist, Kotaku in Action, MMO-Champion forums, the information backbone at GamerGate.me and the self-proclaimed autistic diggers at 8chan have all helped make sweeping changes in the gaming industry… because despite whatever you’ve been led to believe, it’s actually about ethics.

CD Projekt Red getting on Priestly to walk back his comments on #GamerGate is a great sign. It shows that some AAA developers aren’t entirely keen on employees trashing a bunch of hardcore gamers… especially since these are the same gamers who are likely to buy The Witcher 3 this May.