Ubisoft’s side-scrolling platformer, Assassin’s Creed Chronicles: China is a step away from the typical third-person adventure. The new game puts players in the role of Shao Jun as she escapes from the glitches of the Templars and goes out to seek revenge against the group that wiped out the Chinese Brotherhood of Assassins. For gamers looking for a way to get through the entire game with the Shadow Gold standard, and a few hints on how to kill and how, there’s a spiffy walkthrough guide available.

Assassin’s Creed Chronicles: China is available right now for the Xbox One, PS4 and PC. The walkthrough for the game comes courtesy of YouTuber Centerstrain01. The walkthrough shows how to get past many of the guards – even the ones you’re not supposed to kill in order to maintain the Shadow Gold standard – as well as lots of fresh tips and hints about accessing some of the secret areas throughout some of the levels. Centerstrain01 takes a lot of time and effort to explain the ins and outs of each level and how to achieve the maximum rating while remaining as stealthy as a cat.

The game is less than a handful of hours long, so if you don’t mind a playthrough measurable to that of The Order 1886, you’ll likely find Assassin’s Creed Chronicles: China a befitting ratio of price to play-time, as opposed to the complaints that arose when a lot of people felt that The Order 1886 didn’t quite deliver.

The major difference between both games is that there’s a lot of replayability housed in Assassin’s Creed Chronicles: China. After you beat the game on the normal difficulty setting there are two more modes that are available called “Plus” and “Plus Hard”. So if you want even more of a challenge out of the game, there are options available. 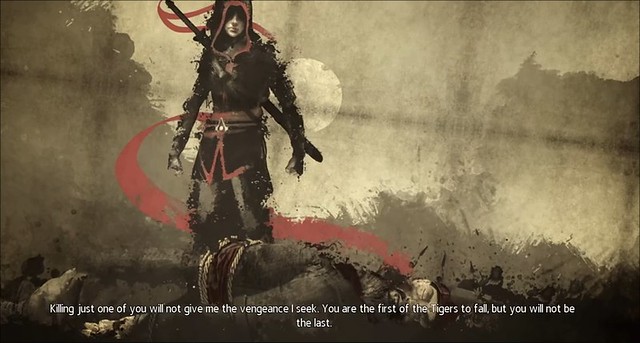 A couple of things worth noting is that there are cones to the enemy’s vision that will allow you to manipulate that to your advantage. Striking or making noise to distract them can sometimes allow you to bypass them without even engaging them. Additionally, if a pair of guards are in a situation where they have no cones, sometimes you can sneak pass them without alerting them.

Also, as mentioned in the videos… if you use your Eagle Vision and certain enemies are highlighted, you’re encouraged to assassinated those particular individuals and you won’t be penalized or scored differently for it.

Assassin’s Creed Chronicles: China is available right now for $9.99. You can learn a little bit more about the game if you don’t already own by paying a visit to the official website.