The second episode for Tales From the Borderlands, Telltale’s latest game in the story-oriented Borderlands saga, has launched for home consoles, mobile devices and PC. The new title shouldn’t be too difficult for most players to get through, but for those of you who out there who have a bit of trouble with the game, there is a complete gameplay walkthrough.

YouTuber MKFireAndIce has a playthrough of the game.

Early on in the episode you have to use the spoon on the tray to flick out General Pollux’s eye. From there you’ll switch back between Rhys and Fiona leading up to the game’s explosive opening sequence.

Majority of the game is more-so based on dialogue trees just the same as it is in Telltale’s other titles, such as The Walking Dead or the Game of Thrones.

The options made in the video above may seem a little suspect for some gamers, so it still encourages you to play through if you haven’t already. For instance, in the case of Rhys and Vaughn having to dig their own graves, the option to get out of the situation involves the multiple choice of either using the car or the Hyperion prototype gun to get away from Vasquez. 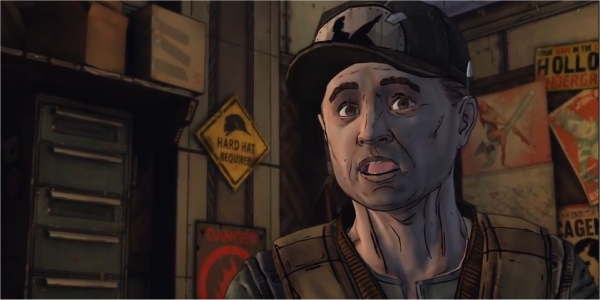 Like many other choices in the game, some of them are preset so no matter what you choose it still moves the story in the designated route setup by the writers. It still seems like The Walking Dead is the one series where the choices were a lot more distinctive.

When you get to the safe house, there’s a safe next to the bookshelf. Inside Felix’s safe there’s a blacklight that you can take. Use the ultraviolet blacklight on the chair to uncover the hidden trap on the floor.

There’s a box in the floor with a number of items you can take.

When you get to Old Haven you’ll need to activate a few power boxes to ramp up the power supply. There are three different junction boxes around the town. Two below and one up on a roof. You can get up to the one on the roof by letting down a dumpster lid and climbing up top.

For the junction boxes, simply make sure the power supply for each box is at the max. After that the puzzle is complete.

From there on it’s just business as usual. No more puzzles to work out.

Tales from the Borderlands: Episode 2 – Atlus Mugged is available right now for the Xbox and PlayStation consoles, as well as mobile and PC. Need to learn more about the game? Feel free to pay a visit to Telltale’s official website.