Two new screenshots have emerged for Afterlife Empire, the game being designed by Autobotika and the winner of The Fine Young Capitalists’ Game Jam, Danielle Maiorino. One of the screenshots feature a look at the gameplay board for one of the levels, while another screenshot depicts /v/’s daughter, Vivian James, getting the wits scared out of her.

Autobotika has been teasing gamers with new content for Afterlife Empire via Twitter as they head toward the Steam Greenlight stage. The latest bit of media appetite whetting comes in the form of our first look at Vivian James actually in the game being scared. You can check out the image below.

While the the image above gives you a neat look at Vivian in the gameplay arena where the ghost is scaring her into a screaming frenzy, Autobotika also let loose a new image showcasing how the game will look with its user interface and map setup.

You can see the UI test below, which appears to be coming along quite nicely. 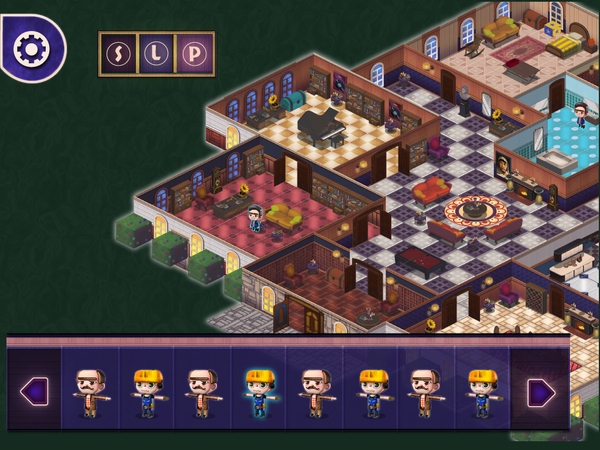 It’s a pretty simple interface with a clean-cut design. I can dig it.

According to Maiorino, the game is moving along at a decent pace and should be heading to Steam Greenlight soon. Of course, in the world of game development things can turn around in an instance so don’t hold your breath for too long just in case the game slips past the expected window and into April.

Also, in case you missed it, there’s a brief image of the game’s case and DVD. It looks like things are coming along real nice.

I’ll keep you posted on when the first gameplay trailer arrives and when voting will begin once the game arrives on Steam Greenlight. For further updates and info feel free to follow Autobotika or Danielle on Twitter.