I had the rare opportunity to bounce a few questions off the creator of the legendary game Diablo series as well as the co-founder of Blizzard North, and current COO of Gazillion Entertainment… I’m talking about David Brevik. Not only did I have an opportunity to bounce questions off the Diablo creator, but I also had the pleasure of receiving answers from both David and his wife Divo Brevik, who was a former programmer at Blizzard Entertainment.

The questions were in relation to Valentine’s Day, a little bit of relationships and the upcoming season of Marvel Heroes 2015. Of course, I wouldn’t be me if I couldn’t sneak in a question or two that ruffles feathers and rustles jimmies. You can check out the full interview below, or pay a kind visit to the official Marvel Heroes 2015 website to learn more about Brevik’s latest isometric, online role-playing game from Gazillion Entertainment.

Billy: How long have you two been playing games together and what game was it that you initially found yourselves playing regularly with each other?

David Brevik ♂ – We have been playing games together for almost 15 years, when we first met. Gaming was one of many things we had in common, but it was our first connection. We started out playing EverQuest together. Oftentimes, we would sit and chat while camping for items. She actually changed servers and created a new character just to play together, so I agreed to help gear her up. Through that chatting, we started a close friendship that progressed from there. As we got to know each other better, there were many other gaming formats we liked to play and started playing board games, AD&D and console games.

Divo Brevik ♀ – Has it been 15 years already? Now I feel old. Wait, you agreed to gear me up? I don’t remember that. I guess that makes sense since we spent all the time camping for stuff. I do remember the hours and hours of chatting. EverQuest had a lot of downtime built into the game, which meant lots of chatting.

Billy: It was mentioned that playing together helped you stay together… what is it about gaming that brings you closer or helps strengthen your relationship?

David ♂ – I completely agree that playing together has helped us stay together. It gives us an activity that we both really enjoy with endless sources of conversation and entertainment. We experience game moments together that we remember fondly, and we now regularly stream together on Twitch. Since we have this limitless activity together, we always have something fun to fall back on when things are tougher than normal. Obviously there is more to life than games, but having an activity that we both enjoy and can participate in daily helps keep us close.

Divo ♀ – Gaming gives us something in common, no matter how different our days might be, we can always come together and enjoy gaming. For us, it’s our ground zero. 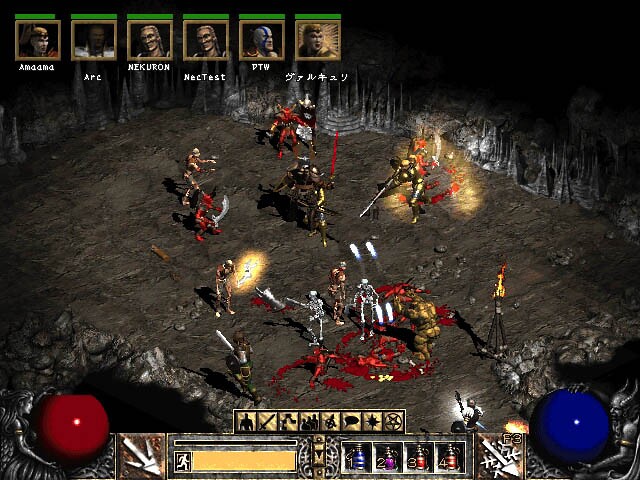 Billy: Did the two of you play Diablo II together? If so, has it been more or less challenging playing Marvel Heroes together?

David ♂ -We played a bit of Diablo II together, but for the most part, I don’t play Diablo II. A long time ago, it was frustrating for me to play the games I worked on because I felt I couldn’t fix or iterate on them rapidly enough to completely enjoy them. Instead, I spend a lot of my time saying “I wish I could fix this or I wish this part were better.” I’m very critical of my own work. With a live game like Marvel Heroes, I love having all the feedback and freedom to fix the game every week, so it has been much more enjoyable for me. There are still times when things aren’t working perfectly and I can get serious and focused, but luckily that doesn’t need to happen often.

Divo♀ – I played a LOT of Diablo 2. So much. But as David said he never could get past all the ‘mistakes’ to enjoy the experience. That being said, there are plenty of games we play separately. Where I like RTS games, David prefers sports games. It really helps us bring more to the table during our discussions about game theory.

Billy: There’s a lot of controversy going on in the industry at the moment, and I was just curious if you think this will help bring in more people, working together to overcome social or political challenges or if this will potentially scare off some talent? Also, do you think that divisive industry matters weaken or strengthen the bonds of a couple working in the games industry if they may not see eye to eye on the matter?

David ♂ – I’m completely in favor of any kind of social and political changes in the game industry. There are too many retreads of old values and ideals. I like that people are talking about it and there will be change from it. There are several examples of people that don’t want to deal with these changes and they leave the industry, so yes, some talent is scared off. I believe for as many people that leave though, there are just as many that enter the industry and want to see change. When something is wrong, change is inevitable and just a matter of time and education. Gaming isn’t alone, though. There are many entertainment industries that suffer from the same problems. The change goes beyond just gaming and into society in general. We can control our own worlds, so making changes in your world will change society as a whole.

I don’t believe any relatively-trivial problem about working on a game should divide any deep meaningful relationship with someone. Any long-lasting relationship will have disagreements. If it happens to be over a game, it’s no different than having it over daily life decisions. There will be disagreements. I guarantee it. The real strength comes from recognizing our difference, accepting and respecting the decisions, and moving on.

Divo ♀ – Change is always tough, but it’s good. Diversity can only strengthen an industry that has gotten too comfortable in white maleness.

As for relationships, I can only speak for myself, as each person must find the answer for themselves. I know that for me, it would be extremely challenging to be in a relationship with someone who did not respect the need for diversity and equality for all races, genders, and sexual orientations. 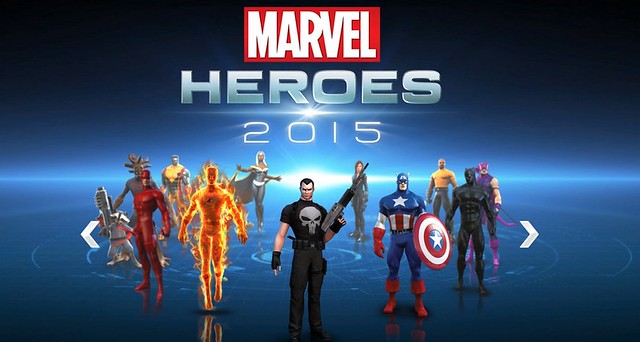 Billy: Were there any special plans in store for Marvel Heroes 2015 themed around Valentine’s Day?

David ♂ – Yes, we have several plans for Marvel Heroes on Valentine’s Day this year. We are doing a few special events and activities in the game. You can send each other Valentine’s gifts, like candy hearts, there are special boosts, bundles, costumes and a mystery box are available. It will be an unusual Valentine’s Day this year because Mardi Gras will be going on at the same time, so it should really spice it up!

Divo♀ – What is this Valentine’s Day you speak of? In our house it’s the Cow Commander’s Birthday. <3

Billy: Any final tips for gaming lovebirds and how to keep the bond going strong while steeped in the hobby of interactive entertainment?

David ♂ – Remember that is supposed to be fun and not directly competitive. It’s fun to play competitive games, but don’t take it too far or too personally. We try and focus on cooperative games which allow us to support each other more rather than making it a “me vs. you” hobby.

Divo♀ – I cannot stress enough the point David made about not making it directly competitive. This is especially important when first introducing someone to the gaming medium. Introductions should be about showing the new player how THEY can have fun in the game, not about taking advantage of their poor skill so the better play can win.

This carries over to long-term relationships as well. Remember, this is supposed to be someone you love and cherish – treat them so in the game environment and you will do just fine.

(Huge thanks to Gazillion Entertainment for getting the questions answered, and for David and Divo Brevik for taking time to answer the questions here at One Angry Gamer. You can learn more about Marvel Heroes 2015 by paying a visit to the official website.)