Interview: Afterlife Empire And Creating A Game In A Divisive Industry

There’s a really cool game on the horizon that you probably won’t hear much about thanks to the media blackout on The Fine Young Capitalists. Nevertheless, it’s up to smaller outlets outside the regular media circles to do a little bit of promotion on games that are being ignored by traditional gaming media. One of those games that fit the bill of falling outside the purview of the regular coverage cycle is Autobotika’s Afterlife Empire, the game that was voted on by gamers to be funded by The Fine Young Capitalists via IndieGoGo.

I had an opportunity to throw a few questions toward the winner of the Game Jam, Danielle Maiorino, as she explains what it was like dealing with some of the controversy surrounding The Fine Young Capitalists, a potential future working in the industry, as well as confronting any possible blacklisting. You can check out the full interview below.

Billy: For those following Afterlife Empire and The Fine Young Capitalists, they might be aware that you were the one who came up with the design for the game, but what’s your actual role in its development at Autobotika?

Danielle: So far I have created all the characters and what their unique behaviors will be, created all of the traps along with how they affect the NPCs, and written up a quick and dirty algorithm for the way the scare system will work (will be tweaking this once we get into testing), and have been managing the content as it’s created with any corrections I feel need to be done. Also been doing a lot of meetings with the team through Lola to clarify systems within the game and how the end product will look. Basically I am managing things with help from Lola, and I’m also writing all of the dialogue for the characters, tutorials, UI, and whatever other miscellaneous things need words put to them.

Billy: There’s been so much controversy surrounding The Fine Young Capitalists – even before their involvement with #GamerGate. Did the preceding reputation of TFYC affect how you thought about the Game Jam or deciding to participate?

Danielle: Well I actually entered the contest long before there was any controversy around it. When everything started up I was extremely confused. I thought that some of the major feminist voices in gaming would be all for it, I mean it’s a contest designed exclusively to get more women into gaming by showcasing their ideas. I’m still baffled, but one thing I’ve learned from this is that you can never expect people’s reactions. Despite the ensuing crapstorm that happened, I still don’t believe I would have changed my mind had I known. After all, what’s one of the things women are told to do in order to get where they want in business? Lean in. Push harder. Take every opportunity. And I have been.

Billy: The major gaming media outlets appear to have enacted a blackout on The Fine Young Capitalists, and by proxy Afterlife Empire. Does the lack of coverage surrounding the development of the game worry you? And have you attempted to reach out to non-#GamerGate related websites and outlets to talk about the game?

Danielle: I wasn’t expecting much coverage from any outlet for it to begin with, since only popular/highly visible indie games are usually reported on. The only thing that I believed would stand out would be how it originated with TFYC and the contest. I’m hoping word of mouth will be enough of a way for the game to get around for people to try. I haven’t reached out to any gaming sites about it yet. I may once it’s actually released, but we’ll see! I’m not too worried. If it’s good, people will learn about it. If not, then at least it will have been a great experience all on its own and will have helped me gain more experience in game development.

Billy: This might be a difficult question to answer, but I’m going to ask it anyway. Do you worry that being tangentially attached to The Fine Young Capitalists, and having your game promoted and revered by #GamerGate supporters, could negatively impact certain opportunities you might have while trying to establish yourself in the gaming industry?

Danielle: I won’t lie and say it doesn’t worry me a bit. But honestly, if people are going to blacklist me for how my game was funded without taking the time to talk to me about it, then I don’t know if I’d want to work with them to begin with. My views haven’t changed because I’m being helped by people whose own views I may disagree with, and being friends with someone doesn’t mean that you share the same beliefs or ideas.

I think that’s what has bothered me so much about the entire thing. When you work in an office, you won’t be working with people who all have the same opinions. But that doesn’t affect the end product, and it shouldn’t affect how people work together as a team. Finding common ground and respecting other people’s differences is what helps people grow past mindless hatred. I still believe that feminism is about embracing all expressions of what it means to be a woman. It’s about stopping the defamation of the feminine so that men can express emotion without being mocked, so that work seen traditionally as being only for women will be respected no matter who works in it. So seeing all the hatred being slung around just disappoints me. 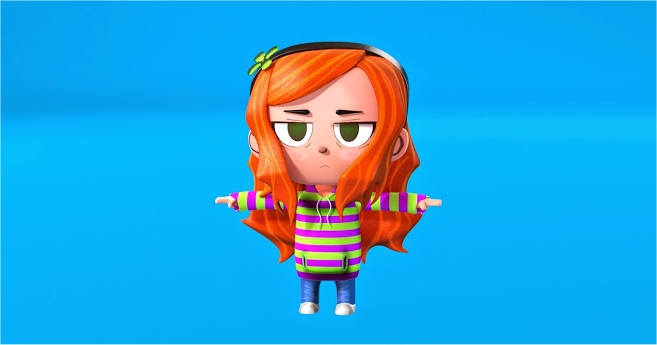 Billy: Afterlife Empire is a really unique game, and to my knowledge, it hasn’t been done well since The Haunting from way back in 1993 on the Sega Genesis. If things go well would you consider porting Afterlife Empire to home consoles or would you prefer sticking with PC gaming?

Danielle: I’d love to port it to as many platforms as possible! It’s just a matter of cost and time right now, so it’s not feasible. But who knows? If it does well it may end up on them! Fingers crossed.

Billy: I know development is still moving along steadily on the title, but is there any estimate, do you know, when gamers might see Afterlife appearing on Steam Greenlight?

Danielle: Pretty soon, actually! I can’t say any firm dates, but it may be showing up there by the end of the month, depending on how the art assets are going. We’ll be sure to let everyone know, of course.

Billy: Speaking of estimates, how far down the line can gamers expect to see a gameplay trailer? Don’t worry, we’re all a patient bunch and we don’t mind waiting.

Danielle: Well, the art and animation are almost finished for the game. Programming is slightly behind, but the game itself may be ready for testing in a month or so, so keep an eye out for trailers and other updates!

(Huge thanks to Danielle for taking time out to answer the questions. If you’re interested in learning more about Afterlife Empire, feel free to visit the official Autobotika Twitter)

15 thoughts on “Interview: Afterlife Empire And Creating A Game In A Divisive Industry”