The past six months have seen more shake-ups and drama happening behind the scenes in the game journalism ring than ABC’s Bachelor in Paradise. The latest bit of news comes courtesy of cuts made under the Defy Media subsidiaries, including The Escapist Magazine, GameFront and GameTrailers.

Alien Pickle has a blog post about the cuts, and while it seemed doubtful that the news was true, all it takes is a quick look at the Twitter and LinkedIn profiles of the individuals named in the article to see that yes, Defy Media has made cuts to their staff. 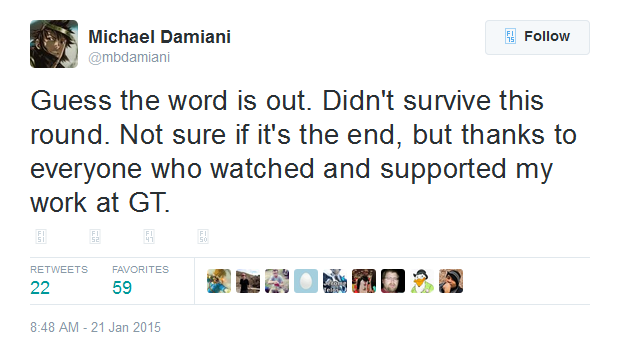 The Escapist lost senior editor Ross A. Lincoln and editor-in-chief Greg Tito. You can check out Tito’s Twitter conversation with Screen Junkies managing editor Ben Goldstein, who asked Tito about being part of the pack that was let go. Check it out below. 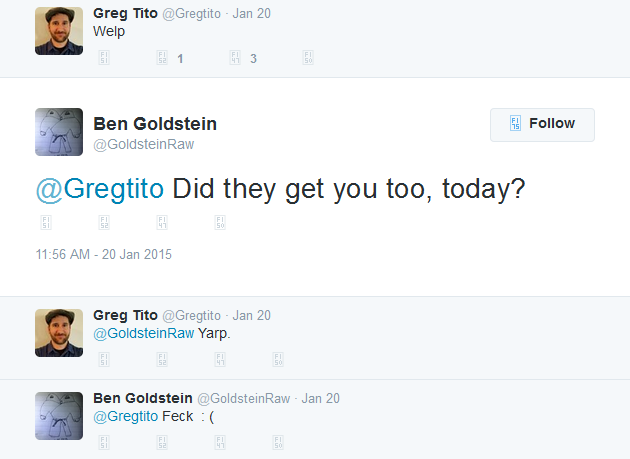 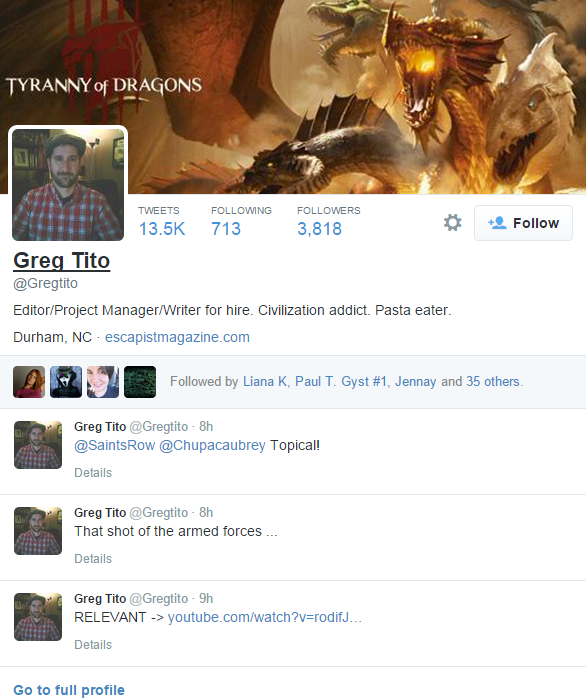 I asked Greg about it but he didn’t respond.

Tito was also the one who stood up to Ben Kuchera and allow The Escapist forum thread to continue to discuss #GamerGate after Kuchera, an editor from Polygon, tried to get it shutdown, as noted in the article on Breitbart. However, Tito was also part of the media onslaught against Wizardchan, who was falsely accused of staging a harassment campaign.

GameFront also lost Phil Hornshaw, a senior editor. He kept it sweet and brief, noting the following on Twitter.

The Alien Pickle blog captured tweets from various industry individuals blaming #GamerGate for the change. Of course, there’s no way to know for sure if that’s true unless someone says so.

The cutbacks in staff follow on Defy Media’s overhauled ethics policy that they put into a couple of months ago during the early stages of #GamerGate. Defy Media appointed Joshua Vanderwall as the new editor-in-chief for The Escapist, and he made his presence known earlier today with a post on The Escapist.

[Update:] Tito posted a Twitlonger to explain what happened, writing…

Due to budget cuts at Defy Media, the parent company of The Escapist, Game Front, and GameTrailers, a large number of my colleagues have also been let go. This news sucks for everyone, including those left behind to run these publications. My thoughts are with all of you and I hope you bounce back with a new gig soon.