#GamerGate Sped Up The Demise Of Video Game Journalism

The recent layoffs, closures and job shuffles come at a time when no one is safe and everyone is trying to do what they can to maintain their positions. With the rumors about Joystiq shutting down, as reported on sites like TechRaptor, one has to wonder how long the old guard will be viable before the juggernauts of video game “journalism” bite the dust?

Before Dale North resigned from Destructoid and Casey Johnston took flight from Ars Technica… before Matt Clark had a public meltdown and IGN’s moneymakers slithered onto Patreon… before Jim Sterling called it quits at The Escapist and before Hamza Aziz stepped into the void, video game journalists and content creators in the interactive entertainment space were already standing on fragile ground.

If we rewind back to February, 2013 – around the time of the infamous Aliens: Colonial Marines fiasco [backup] – the private group known as the Game Journo Pros had a discussion about the brittle nature of their professional structure, in which they resided. It all started with IGN layoffs… 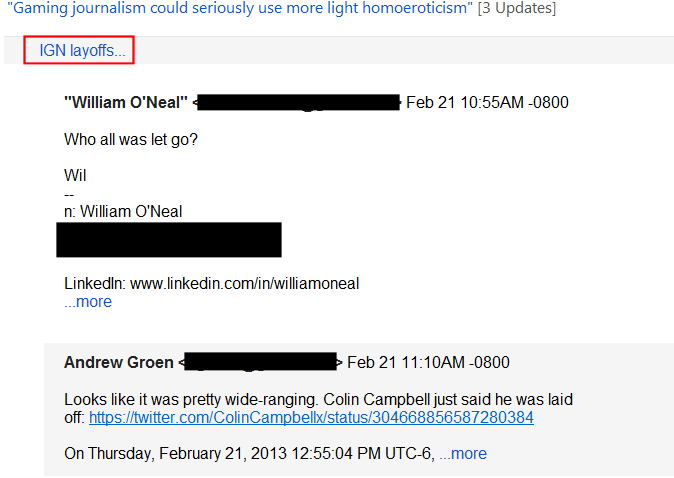 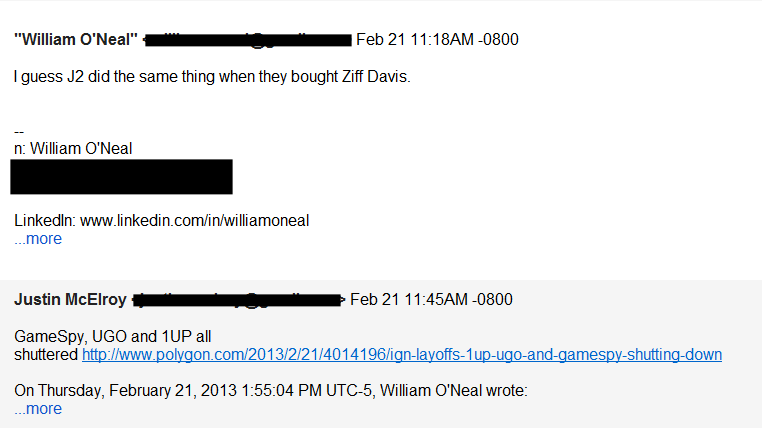 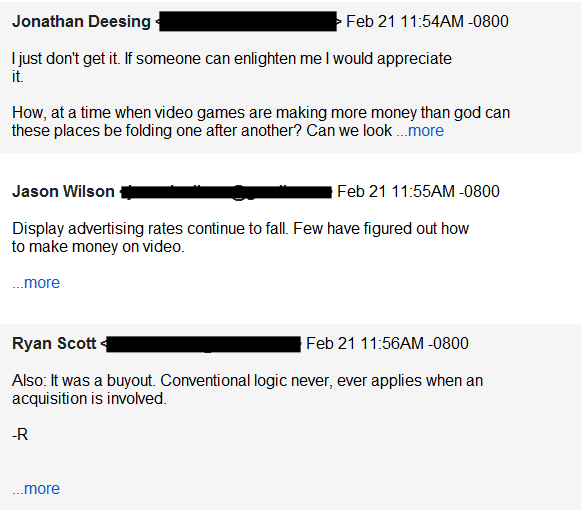 As you can see, the video game journalists that many of the consumers rallying under the GamerGate hashtag have been fighting against were absolutely clueless to their own demise.

Two years before more massive layoffs happened and two years before #GamerGate came to clean up the incestuous viper’s den of corruption and unethical behavior, these very journalists were already standing on the precipice that led to the pit of extinction… they just didn’t know it. 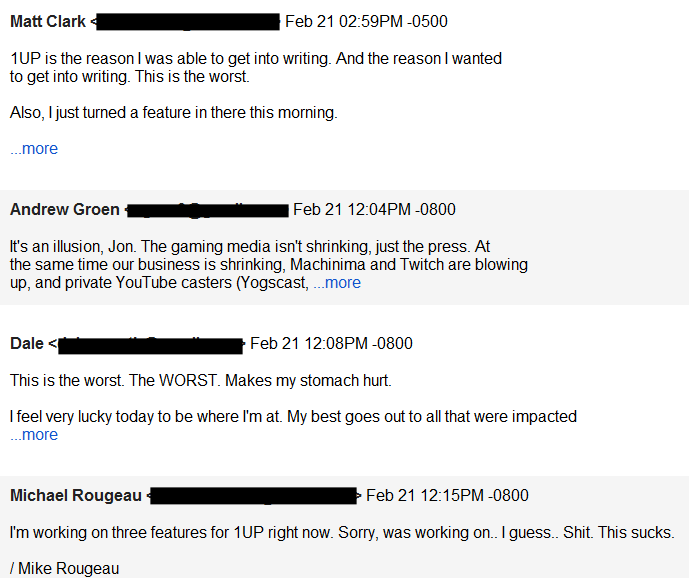 Before hubris dictated defeat and incompetence secured them failure, ignorance paved a way toward their obsolescence.

They didn’t even understand their own audience anymore. 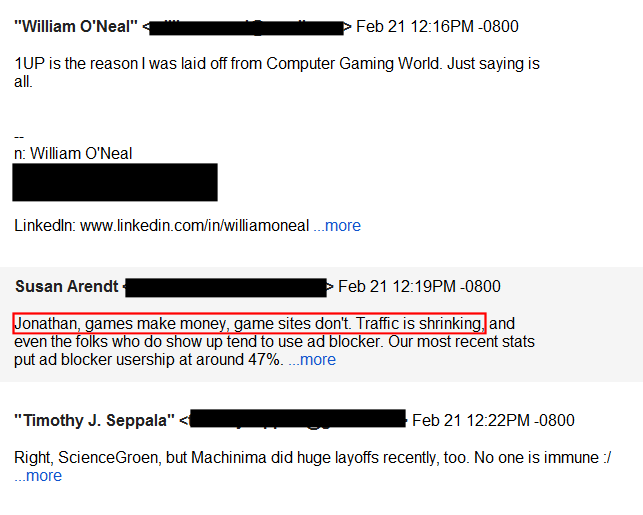 The reality is that traffic isn’t shrinking, it’s migrating.

Anyone with their finger on the pulse of the market would be at the cusp of reader attention and gamer enthusiasm. Alternatively, anyone wanting to push for social agendas and spread misinformation would only see their audience dwindle, fade and… migrate. 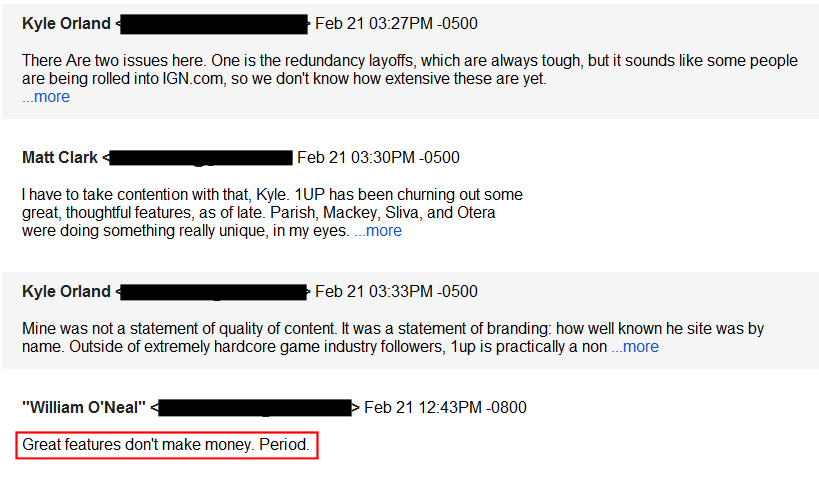 Great features can make money, just not at sites where audiences begin to feel as if they don’t belong. This rang true for Polygon when they had to cut some staff in the long-form journalism section. 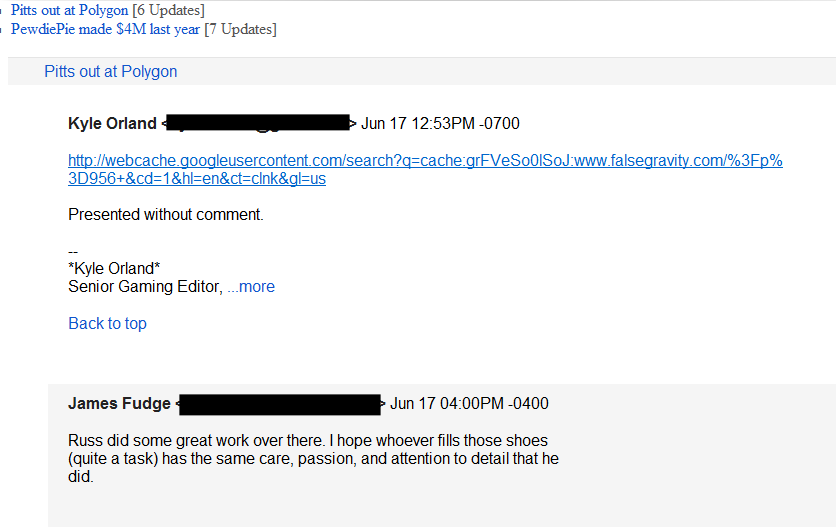 The thread from June 17th, 2014 goes on about how the long-form editorial is dead; that Polygon wasn’t turning a dime on those projects. 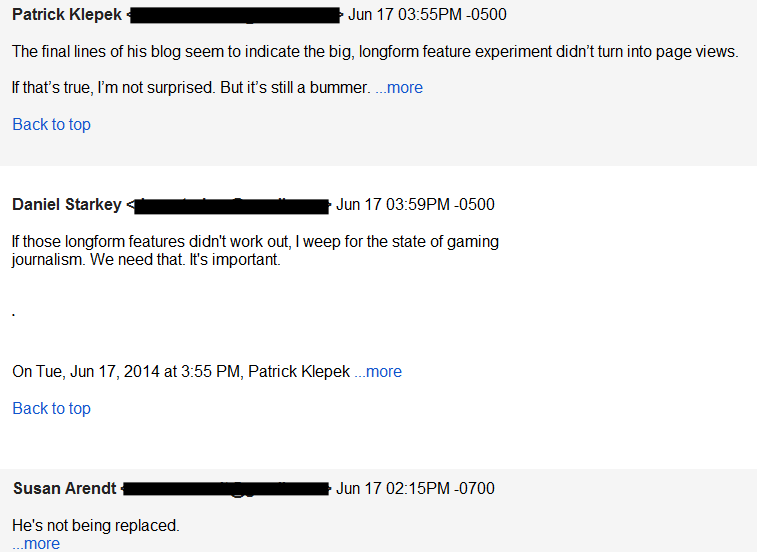 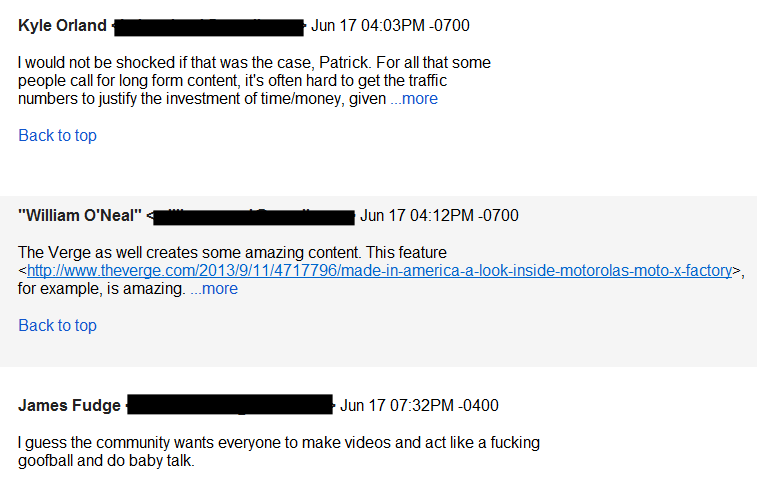 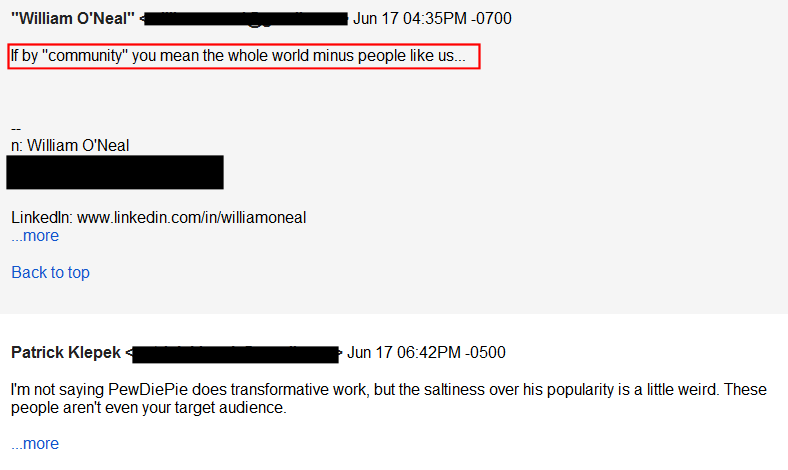 Editor-in-chief, Christopher Grant, further explained the site’s move away from long-form editorial content in a thorough but concise update on Polygon, stating…

“We need to find the right balance of interest and resource expenditure, so we can continue to produce the kind of longform work that you’ve come to know us by, while making sure that, when we do, you never want to miss it.”

Polygon seems to have filled that void with more editorials from Ben Kuchera.

However, Kotaku’s Jason Schreier was interested in the metrics, stating…

Sadly, even switching away from the long-form editorials and letting go of some individuals still hasn’t completely stopped the bleeding. Alexa Rae Corriea recently left Polygon in early November, 2014 to pursue a position at GameSpot, as documented in a forum thread on Giant Bomb.

The recent rumors about Joystiq biting the dust under the AOL banner comes at a time when the industry was already on wobbly legs, and the continuous pokes and pries from #GamerGate’s Operation Disrespectful Nod only adds to the deconstruction of the traditional oligarchy of video game journalism.

In fact, Extra Credits’ James Portnow has run into some problems securing ears and support for his Games For Good project due to the highly volatile nature that has become the games industry – thanks mostly in part to a lot of the misinformation and toxicity spread from games media regarding their very own audience. Portnow, in his update to his Rockethub supporters from back in October, 2014, stated…

“This has been a project of great joy and innumerable frustrations for me. This last year has probably been the most stressful of my life, and these last few months have been a daily deluge from all the press and political people I’ve met backing off from their support or, in a few cases, pointing to recent events and telling me I’ve lied to them and that nothing good can come from this medium.”

Those “recent events” wouldn’t have transpired had the games media simply addressed the concerns of their audience back in August, 2014.

However, as the e-mails from the Games Journo Pros list indicate, many of the individuals running major websites and tech outlets in the interactive entertainment industry were oblivious to what was happening right under their noses; from the financial tide taking a turn in the media industry to their audiences fleeing to fresher pastures – they were dinosaurs who didn’t hear or see the meteors falling.