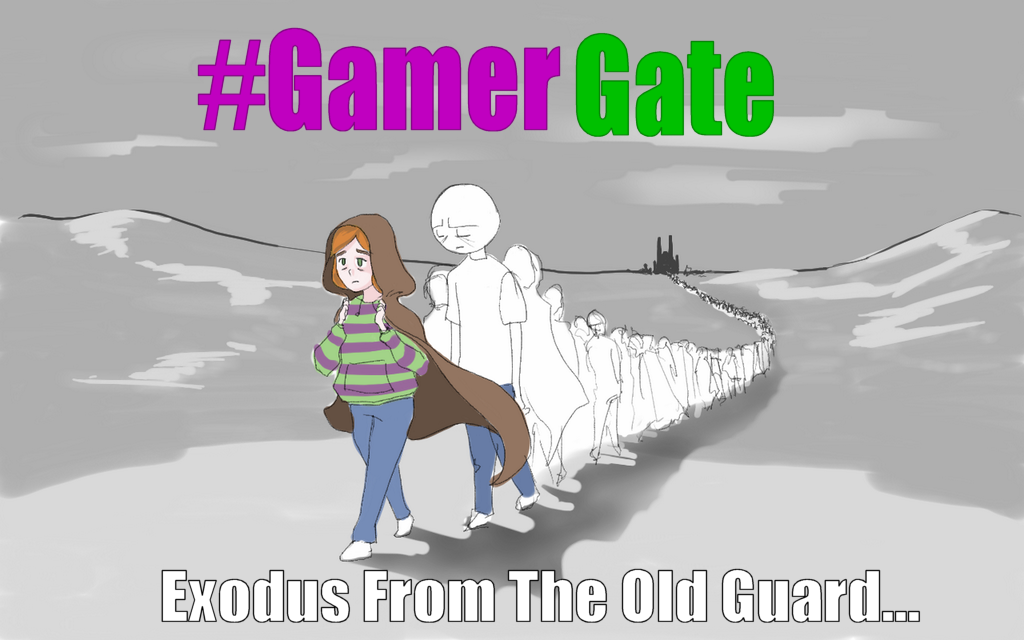 Despite all the media blitzing and backlashes throughout the later half of 2014 against the video game community, one thing should be made apparent: gamers came out victorious in a couple of key areas. However, simply outing corruption like the gross lack of disclosure with native advertising, the exposure of financial conflicts of interest, the outing of collusion from competing websites and the enforcing of FTC-compliant guidelines from some major media conglomerates is not enough. #GamerGate as a scandal, and the consumer revolt that lumbers behind it like the ember-filled destruction from Armageddon, needs to shift focus in 2015.

What is necessary is raising up awareness to neutral observers, people who aren’t informed and average gamers who may not know about the corruption running rampant within the industry. Branching out from the choir and into the pastures is where the scandalous hashtag needs to grow. Spread infographics through the #GamerGate hashtag and general gaming hashtags, too. Never pass up an opportunity to enlighten fellow gamers and neutrals by using the easily-digestible images on forum boards and in chat. Raise awareness.

The average person needs to know that there is something they can do about the corruption in media – not just games media but mainstream media, too.

Whether people will admit to it or not,  it was the consumers who wrote to the CBC ombudsman and to their local representatives to get them – as a news organization – to come forward and address their slanted take on #GamerGate. While the Canadian Broadcasting Corporation has yet to do a “positive” piece about #GamerGate, they have effectively ceased doing hit-pieces. The cessation of spreading misinformation is a major victory and a sure sign that, yes, there are tools available for the average reader, viewer, and consumer to utilize to make changes in the media. You can use them. You can make a change.

Additionally, consumers have wanted to raise up new media; new websites that are grown around the interests of the actual gaming community. There’s no reason to continue to support anti-gamer websites. Spreading awareness of these new websites, like Gamer Headlines, Games Nosh, Niche Gamer or Techraptor are imperative to see a shift and change in the competitive structure of gaming news media. Worse yet is that majority of the big sites that monopolize the video game media sector were mostly found to be on the Game Journo Pros; less so competitors and more-so close compadres.

Using generic hashtags or game-related hashtags to help filter in the new-wave websites to spread awareness to the average gamer is a good way to increase competition and help some of the up-and-coming sites get a foothold in the social media space. It’s also not a bad idea to keep peppering the average neutral on social media with information about the corruption within the gaming industry.

Hubs have already been established to help keep people aware of what’s happening within media.  Any time corruption surfaces it’s a lot easier for people to be made aware using forums like The Escapist, MMO-Champion, Angry Joe Show, 8chan.co’s GamerGate board or Kotaku in Action.

As the media continues to flounder around lies and misinformation, gamers can begin to work on deconstructing the old guard and building up a new era of competitive online media websites.

There’s an outline put together by some members of the #GamerGate community that is being fleshed out on rebuilding the media and how to better foster and propagate the necessary kind of competition that can help the gaming industry grow in a fair and positive way. Be sure to check out the press document here.

The exodus from the old guard and the move away from the ancient gatekeepers of the hipster era is now upon us.

[Update: You can also check out a list of alternative websites and YouTubers to support by visiting the GamerGate.me page]

8 thoughts on “#GamerGate For 2015: Raising Awareness And Raising New Media”