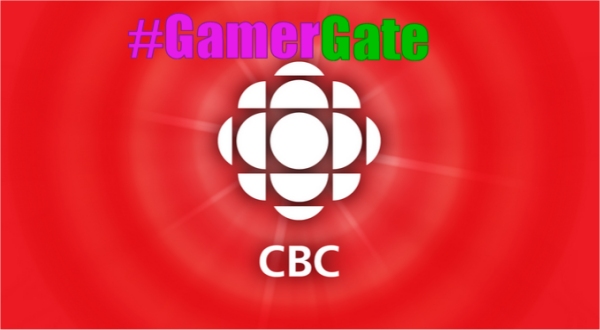 Ombudsman Enkin recently reviewed a case about the CBC’s National segment about #GamerGate and deemed that the coverage of the prime-time news segment was ethical. A concerned reader sent over the report today, on January 5th, 2015. The CBC Ombudsman will make a public version of the PDF report available at a later time on the CBC’s website. I’ll get to some of the details of that report later.

Previously, Enkin responded to a complaint back on December 11th, 2014 regarding the coverage of #GamerGate on the CBC’s community news blog. Enkin explained to the reader how the original article published back on October 17th, 2014 did not breach CBC’s ethics policy.

Enkin also stated there are multiple aspects to #GamerGate that are being discussed that some people may not like, writing…

“The fact that you reject the negative narrative does not mean it should not be discussed.”

No one is saying that a “negative narrative” should not be discussed, but a negative narrative founded on lies and the misappropriation of facts only helps muddy the truth and influence the public with false information.

Enkin goes on to say…

"You reject the negative connotations of GamerGate because it does not apply to you as a gamer. That doesn’t make it wrong to talk about the fact that some negative things are now associated with it.”

A leaderless consumer movement can be defined by majority rules. Kotaku in Action is a hub for the consumer revolt with clearly defined rules that are represented by more than 23,000 individuals. Having the media define the group by undocumented cases of sporadic harassment from unknown trolls and being unable to name or identify said harassers is libelous against people who do identify with the hashtag as a consumer revolt against corruption. 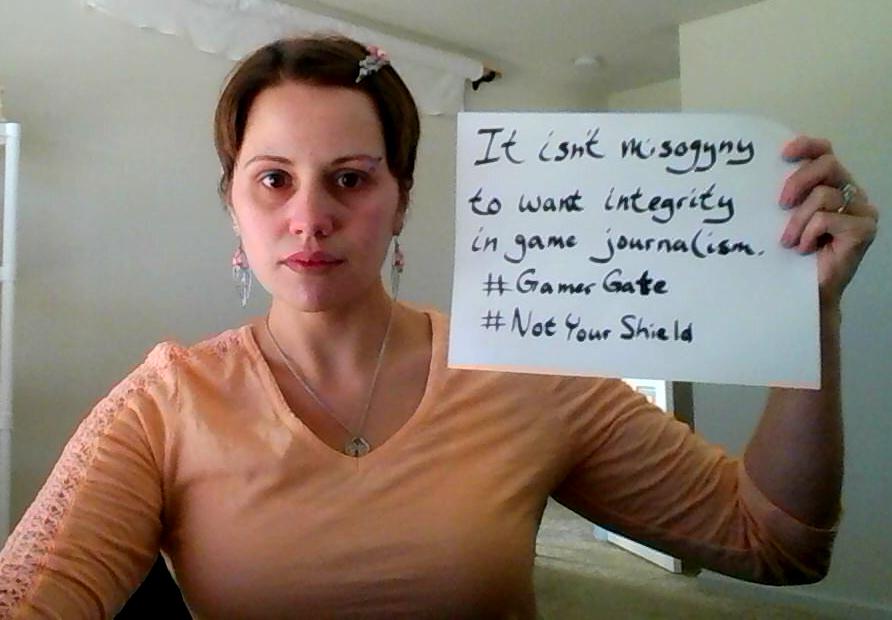 Unless the media can properly identify their claims that harassers are prominent enough to co-opt the hashtag, they are propagating libel. To this day the media have yet to provide documented proof that #GamerGate is a definitive harassment campaign.

According to the CBC’s own “acts and policies” under their programming and journalism ethics standards, it states…

“We seek out the truth in all matters of public interest. We invest our time and our skills to learn, understand and clearly explain the facts to our audience. The production techniques we use serve to present the content in a clear and accessible manner.”

According to Lauren O’Neil’s piece on the CBC community news section, she states in one section…

“Canadian-born media critic and blogger Anita Sarkeesian has become somewhat of an inadverdent poster girl for targets of GamerGate-related abuse recently after suffering months worth of harasssment at the hands of internet trolls.”

[…] “it's Sarkeesian who's got the world buzzing over GamerGate today — and many online, both within and outside of the gaming industry, are saying enough is enough.”

If Anita Sarkeesian has nothing whatsoever to do with ethics in journalism, why is her name even stated in the same sentence with #GamerGate? The article focuses on harassment, and in this case, conflates Sarkeesian’s harassment with #GamerGate. However, as pointed out, O’Neil and none of the other CBC journalists have properly identified #GamerGate harassers.

This is the same as racists saying “some blacks are known for being violent, therefore a lot of violence happening in our society is because of blacks”. It’s false equivalence, circular reporting and guilt by association. Claims like the aforementioned example and the one about #GamerGate  are spread based on anecdotal hearsay, and therefore it positions the CBC for perpetuating libel; unless they can provide evidence for their position. This would require the CBC to report harassment taking place prominently under the #GamerGate hashtag and from known consumer advocates using the hashtag. Until this happens, they are in clear breach of not seeking the truth in all matters, especially since they have yet to provide documented evidence of #GamerGate being a harassment campaign.

Furthermore, Enkin claims in the December 11th report that…

“Since the arguments about gaming, gaming identity and the role of GamerGate appear to be ongoing, I have no doubt that CBC News will be addressing this area of popular culture again. They will be mindful of the need to provide a range of perspectives. The blog did so within the context of the issue it was addressing. There was no violation of CBC policy.”

However, executive producer of CBC’s The National, Mark Harrison, actually did have a different take of conflating Anita Sarkeesian’s harassment with #GamerGate in the piece that ran on the prime-time news program, given that there has been no evident link between the two. In the latest January 5th report from Ombudsman Enkin, Harrison was quoted as such…

“There is a relationship, of course, but we didn't explain what it was and shouldn't have used the #GamerGate tag so broadly, and should have given a bit more context.”

If there is a relationship that isn’t explained or defined on a national news program then what is the average viewer supposed to take away? This is a direct violation of the CBC’s own impartiality sub-section in their “acts and policies” ethics guide, which states…

“We provide professional judgment based on facts and expertise. We do not promote any particular point of view on matters of public debate.”

Harrison admits they made a statement of relationship without defining it regarding a matter of public debate. This rings especially egregious for people unfamiliar with the event. This means they opted with a particular point of view to push the angle. This also means that on two separate occasions the CBC had reports conflating Sarkeesian with #GamerGate without properly defining the relationship other than mimicking hearsay.

This is no different than Ben Kuchera’s sloppy report on Brad Wardell regarding the sexual harassment allegations, or Kotaku’s poor reporting on Max Tempkin being an alleged rapist based on hearsay. Libelous and damaging reports without facts are prime examples of why media needs reformation.

Nevertheless, Ombudsman Enkin stated in the January 5th report that…

“The fact that some women don't agree that [#GamerGate] stands for harassment is interesting, but doesn't change the fact that it has been linked with a range of bullying and threatening behaviors.”

Citation needed. There has been documented evidence that those against the consumer revolt and aiming to protect corrupt practices have been bullying people fighting for better ethics. In fact, this is what led to Gawker losing some advertisers with professional journalists partaking in actually bullying their readers. 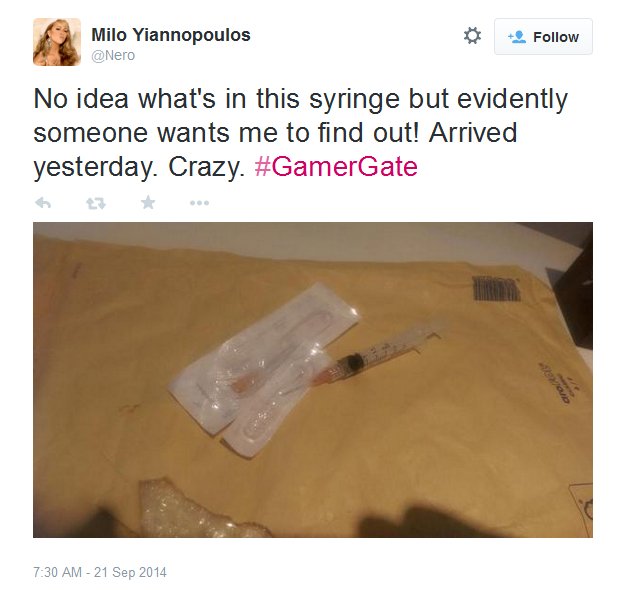 Furthermore – and if there were ethical journalists working at the CBC covering #GamerGate – it would have been reported that the issues of harassment have been happening against women and minorities using the hashtag since August. There is irrefutable evidence of this harassment, documented in a lengthy 20 minute video.

What then is the excuse for not covering the harassment happening to women who identify under the #GamerGate tag to support ethics reform, if harassment against women is the angle that interests the CBC? Nothing about prominent feminist Christina Hoff Sommers and the ridicule and attacks she’s received for standing with consumers under the #GamerGate hashtag, as reported by Gamesreviews?

According to Ombudsman Enkin in the January 5th report, the CBC National piece was not in violation of their ethics policy. However, the piece was still only one-sided against the harassment angle they chose. So what’s the excuse for continuing to breach their own policy of balanced reporting by not even balancing out their reports regarding the harassment?

If you feel the response from the CBC Ombudsman was not satisfactory and you feel as if the coverage of the CBC has not been fair or balanced, you can get proactive.

“As you may know, the Canadian Radio-television and Telecommunications Commission (CRTC) is the public regulatory agency that oversees matters relating to broadcasting and telecommunications in Canada. The CBC falls within the CRTC’s purview. I therefore invite you to contact the CRTC with your concerns about the CBC’s journalistic practices”

You can contact the CRTC over on their official website  or through their online complaint form.  Even those outside of Canada can use the complaint form to address the CBC’s biased coverage. Feel free to contact them if you’re unhappy with the Canadian Broadcasting Corporation’s coverage of #GamerGate.

[Update #2: You can also use this form to directly make a complaint with the CRTC, even if you aren’t Canadian.]