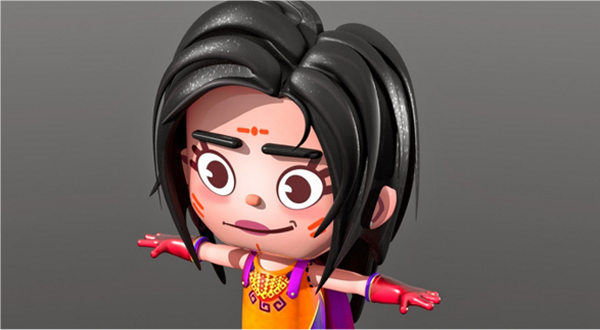 Readers have been asking about the crowd-funded game from The Fine Young Capitalists and Autobotika, the female-led design studio out of Colombia. Since gaming media have The Fine Young Capitalists and all their associated projects on a blacklist, you won’t hear about Afterlife Empire from sites like Polygon or Kotaku. So to help do my part in supporting #GamerGate in bringing more women into the industry — something places like Kotaku and Polygon seemingly don’t want — here is a new update on Afterlife Empire.

The anti-gaming media will work hard to maintain their status quota, so that means keeping certain games and game designers off the radar, such as Jennifer Dawe, the designer of Seedscape, or Danielle’s Afterlife Empire.

Nevertheless, Autobotika has been aiming to keep gamers abreast of their progress on the game and have been letting loose new images and video clips of the game over on their Twitter account. You can check out two brief animations of a male officer worker running and getting scared with the clips below.

The game is still moving along, but Autobotika made mention that they still have a ways to go. They aren’t entirely finished with all the props and we still haven’t see how the gameplay will look… yet.

Still, the team seems to be advancing at a pretty quick pace. It won’t be long before we get a full gameplay trailer. You can see some of the latest screenshots below, featuring a few more characters that will be scared witless or will give gamers a real challenge over the course of the gameplay.

For those curious about the game itself – Afterlife Empire is designed to be like a Tycoon game, except players aim to scare people out of their empire. Think of it like a bigger, newer, more expansive version of The Haunting from the Sega Genesis.

You can learn more about the game by paying a visit to the official website. Also, keep an eye out for more anti-gamer websites to continue to not cover Afterlife Empire.