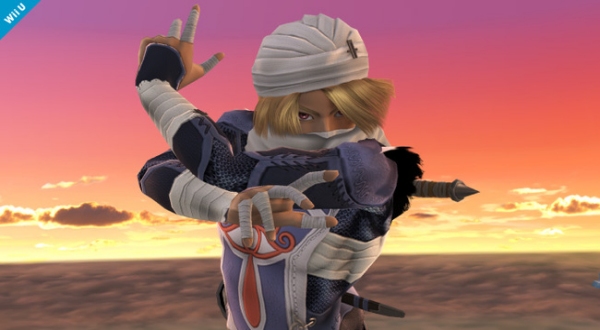 A tactical mechanics tutorial and combo guide for Sheik on Super Smash Bros. for the Wii U offers players plenty of dangerous advice for owning up good and well when playing as Sheik. The main tutorial video is pretty long, but there’s a breakdown of the more important points so you can get what you need and focus on mastering your game.

Youtuber Zero has a pretty comprehensive tutorial for both beginner and advanced techniques that novice and advanced players can utilize on the battlefield. He also offers some slight advice about using forward tilts and then going for the grab, as well as utilizing the quick-access to mobile mid-air shield techniques to block incoming attacks while in the air.

I noticed that the dive-kicking isn’t quite as effective as Zero Suit Samus, but when a character has high damage on their stock, it makes it easy for a kill move. You can check out the full video below.

There’s some good advice in there. For instance, the Sheik’s up-air attack can be used in a combo with the down-throw, which can then be used to knock people up into the air and off the platform.

Forward-air can be very dangerous when controlling the aerial space around the platform ledge’s. As noted in the video, you can easily knock off an opponent’s stock with the a good forward-air counter.

You can use the needles as a timed combo attack given that you can charge them up and hold on to them. This makes them perfect for setting up a combo with a good, damaging finish. They’re also a nice way to add chip damage to an opponent’s stock, setting them up for a good kill finish when the damage percentage is high enough.

Up ‘B’ works a recovery move, a counter-attack and can do some damage to opponents. You can use a jump and down ‘B’ attack to lead into a really awesome forceful attack. A running down ‘B’ attack can also be executed with lagless results. It looks sleek in the video at around the 13:40 mark in the video above.

You can also see a more advanced reverse ‘B’ slide attack in the video below, courtesy of My Smash Corner. Check it out below.

Zero notes that you’ll need to watch out for the lag following throws, as well as lag during some of the smash attacks. So it’s a matter of learning the ins and outs of the character to fit your play-style.