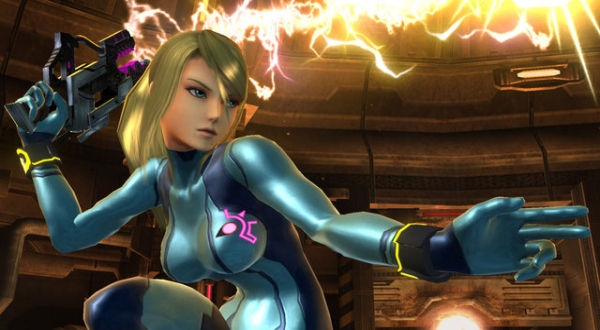 There’s a new combo video making the rounds that shows off some advanced techniques and strings to help you in Super Smash Bros. for the Wii U. This quick guide will help you make use of the attacks on display in the video so you can unleash some massive ownage on your opponents, whether you’re playing locally, online or at an FGC tournament.

The video clocks in at close to four minutes and features a wide array of different combo attacks that can be dispensed by Zero Suit Samus. The video was shot, chopped and uploaded by YouTuber Killian Gaming. And no, I doubt it’s an alt account for Seth Killian. Anyway, check out the video below.

Some of the basics need to be discussed first. Mid-air redirection can be achieved by moving the control stick in the opposite direction while in mid-air before pressing the ‘B’ button to air-jump/dash. You’ll need this to perform mid-air attacks while falling off the platform to chase down opponents, all while setting yourself up to get back up to the platform to avoid losing a stock.

I may have mentioned in the previous video guide for Link and Toon Link that dive-kicks don’t work so well in Super Smash Bros., but I was wrong. Dive-kicks work really well for Zero Suit Samus for leading a combo initiator or working as a counter-attack.

Reversing the combo also works: you can use a charge attack during a combo and then a dive-kick to force someone off the platform when they have 70% or higher damage.

I’ve never really played as Samus in the Smash Bros., games but it’s pretty obvious that Zero Suit Samus is almost borderline over-powered. I’m not hating on the character, just pointing out an observation.

Super Smash Bros., is available right now for both the Wii U and the Nintendo 3DS.