‘She’s Not Gonna Take Your Games Away’ Says Jim Sterling; GTA 5 Gets Banned 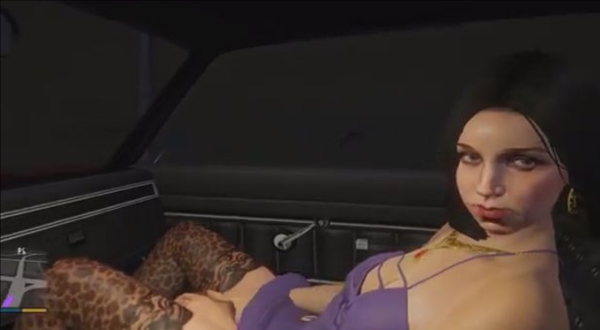 During SGC 2013, Jim Sterling and Adam Sessler came to the defense of the Feminist Frequency campaign that’s led by Jonathan McIntosh and voiced by Anita Sarkeesian, to say how these kind of campaigns against the gaming industry – painting it as a misogynistic and sexist environment – wasn’t going to take your games away. So why did a petition just get an R18+ game banned from Target and Kmart stores in Australia, on account of the game promoting violence against women?

Way back at SGC 2013, Jim Sterling – on a panel talking about games industry related topics – mentioned…

“Anita Sarkeesian is not Magneto. And when people say she needs to be stopped, I think that’s what people say about Magneto. She is not that. She does not have a Sisterhood of Evil Mutants. She ain’t gonna take your games away.”

That quote was posted on the Facebook page of Feminist Frequency. You can hear it with your own ears at the 27:50 mark in the video below….

"We've been speaking to many customers over recent days about the game, and there is a significant
level of concern about the game's content,"

"We've also had customer feedback in support of us selling the game, and we respect their perspective
on the issue.

"However, we feel the decision to stop selling GTA5 is in line with the majority view of our customers."

The move comes after months of the media repeatedly attacking the games industry for its portrayal of women in games, and an attack on the tech industry for being a den of misogyny, with the final straw being nearly 40,000 people signing a Change.org petition that stated that GTA V was an enabler of violence against women. Even though GTA V has been available for a year already.

“Please Target – we appeal to you as women survivors of violence, including women who experienced violence in the sex industry, to immediately withdraw Grand Theft Auto V from sale.

“This misogynistic GTA 5 literally makes a game of bashing, killing and horrific violence against women. It also links sexual arousal and violence.

“Games like this are grooming yet another generation of boys to tolerate violence against women. It is fuelling the epidemic of violence experienced by so many girls and women in Australia - and globally.”

Target did acknowledge and react to the petition, removing the game from more than 300 Target stores across Australia.

IGN is also reporting that Kmart, in Australia, is also having copies of  GTA V  removed from store shelves. It’s not just Target taking up the initiative. However, I have been informed that both Target and Kmart are owned by Wesfarmers in Australia.

Grand Theft Auto has been the target of the ideologues for some time; it’s a symbol of a “patriarchy” they must overthrow, as explicitly explained by Alex Lifschitz in the video below (with a bit of narration from YouTube personality, Sargon of Akkad, for added context), where he destroys a copy of GTA V.

Lifschitz is a self-proclaimed academic within the inner-circle of a clique-culture pushing a sociopolitical ideology with the help from groups like DiGRA, who is associated with Critical Distance; a group curated and contributed to by Kris Ligman, the same Ligman from Gamasutra who was caught pushing favors for friends without disclosure. Critical Distance is also home to Silverstring Media advisor Zoya Street – the same company, I might add, that employs the PR rep for Zoe Quinn, the same rep involved with the doxxing of The Fine Young Capitalists and the same rep involved with Brandon Boyer, the chairman of the IGF. Yes, the same IGF that was caught in an alleged racketeering scandal pushing games that Silverstring Media represented as a firm, the same Silverstring Media that Feminist Frequency head-honcho Jonathan McIntosh works for as an advisor, along with Anita Sarkeesian.

That’s also not to mention that Brandon Boyer is the same Boyer who was on the Game Journo Pros list, the same list that was used to allegedly blacklist a journalist and the same list that has members who used their platforms to push a narrative in the media to slander #GamerGate in order to help cover for Zoe Quinn when the scandal broke about Nathan Grayson’s lack of disclosure when covering her game while at Rock, Paper, Shotgun and Kotaku. So what does all that have to do with Alex Lifschitz? Well, he’s also personally involved with Zoe Quinn. 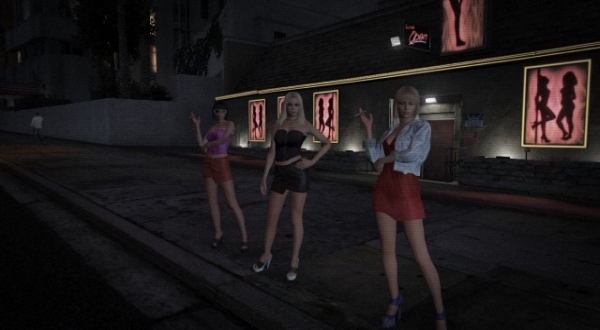 So what does all this have to do with Feminist Frequency and GTA V being banned from 300 Target stores in Australia? Well, as mentioned, GTA V was on the radar of this particular sect of ideologues. It may not have been Feminist Frequency in particular that initiated the petition, but the group certainly has been reinforcing the message of games being a beacon of evil against women,  with Jonathan McIntosh expressing a measure of pride in the retailers removing GTA V from store shelves.

Moreover, the narrative extends beyond changing the landscape of interactive entertainment. Interest groups have already mentioned that they are seeking to get ISPs to enforce stricter penalties on consumers who have allegedly been caught “harassing” others, as well as pushing social media platforms such as Facebook and Twitter to clamp down on “harassers”. The interest groups stated that they would make efforts to change online services before going to Congress.

Well, back on December 2nd of this year, Twitter did ramp up their reporting tools against harassers and abuse. That’s a good thing… right? Well, it’s good except for the fact that these changes are coming at the hands of people trying snuff out a particular consumer revolt aimed at the corruption in media… and that’s a bad thing. That’s also not to mention that one of the interest groups pushing for these changes with social media, ISPs and Congress includes the same people running WAM.

With Sweden seeking a new sexism rating for video games, Target in Australia banning GTA V, and groups pursuing new laws to shutdown conversations online that they feel can be deemed as “harassment”, it’s easy to see how gamers from all walks of life are watching their hobby come under attack, especially when developers are being lambasted for simply interviewing people that various ideologues believe shouldn’t even have an opportunity to work in the industry.

No one is saying the gaming industry is pitch perfect; no is saying  that it’s above scrutiny or that harassment is okay. There’s always room for improvement. However, aiming to push social ideologies on the industry and attempt to censor and demarcate audiences by banning games and coercing sociopolitical agendas onto gamers, just so some extremists can take control, is the wrong way to go about enacting change.

Sorry, Sterling, but they do want to take away our games.

102 thoughts on “‘She’s Not Gonna Take Your Games Away’ Says Jim Sterling; GTA 5 Gets Banned”

Leave a Reply to The Chief Lunatic Cancel reply