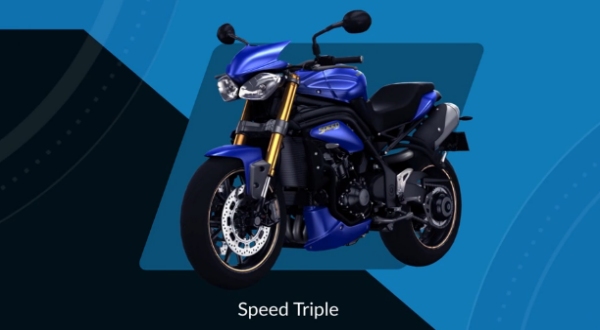 The Triumph Speed Triple trailer has recently gone live for the upcoming motorcycle racing game from Milestone Studios called Ride. The name is going to make it ridiculously difficult for people to find it on search engines, but that hasn’t stopped Milestone from continuously releasing new assets and promo material for the upcoming game.

Car Gaming Blog has a nice little summary of the recently unveiled motorcycle in the game, detailing some of the specs, noting how the power derives from the 1050cc motor and how the bike has 135 horses powering it. You can check out the playlist below, which starts with the Speed Triple, and works its way through the list of other unveiled motorcycles on the Ride roster.

I’ll reserve my judgment on this game until I see some good old fashioned gameplay. I’m definitely on the leery side because this is another one of those cross-generational hybrids. You know what that means? That’s right, it means that the game is designed for the lowest common denominator first.

So far, a lot of cross-gen games have been very underwhelming such as Destiny or Assassin’s Creed IV: Black Flag or Call of Duty: Ghosts or Battlefield 4. There are a lot of restrictions that come with cross-gen games because their technical ceiling is already set for the older consoles. So this does make me question exactly how Ride will turn out given that a lot of the core mechanics will have to be scaled down to the PS3 and Xbox 360 and not the PS4 and Xbox One.

I guess we’ll have to see how Milestone handles the task of designing a game for five platforms in spring of 2015. My hype levels are skeptically moderate at the moment for Ride.

You can check out more by visiting the official website.