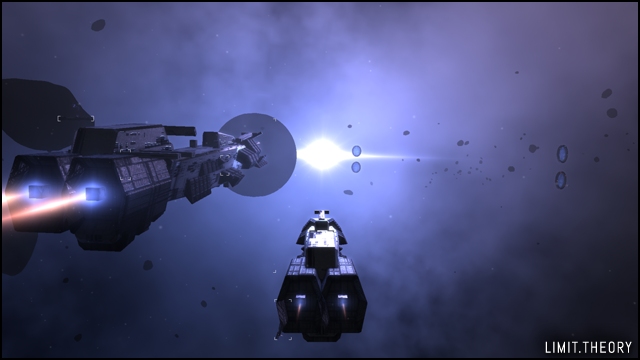 I haven’t been following Limit Theory. I’ll be honest, I just don’t keep up with every game out there. I happened upon the update video for this Kickstarter project and – despite the fact that the video clocks in at close to 40 minutes – I found myself watching every single minute of the update. I learned quite a bit about this project and I must say, this game seems like a proper, righteous space sim.

For those who don’t know, Limit Theory is a single-player, procedural space simulator. You can fly, fight, trade, craft and command in a limitless sandbox. The game is slowly coming along at the hands of indie developer Josh Parnell and monthly update videos (sometimes released bi-monthly) offer backers an idea of what the game will feature when all is said and done.

The first parts of the latest update video focuses on the warp rails. The warp rails are composed of warp nodes that work in similar fashion to the sky-rails on Bioshock: Infinite or Starbound. There are bilateral “lanes” on the rails so every ship gets its own space wedge, making so they don’t crash into each other while traveling at high speeds from one part of the galaxy to the other.

The video is pretty long but developer Josh Parnell does a fantastic job of narrating and keeping viewers interested in every detailed aspect of Limit Theory’s budding features. I’m not going to waste more words describing what you can watch; so, watch it below.

I’m really hoping that the music playing in the background is from the commissioned composer on the project, Francois Jolin. I could pretty much listen to that all day long.

A few other highlights worth discussing for those who didn’t bother to sit through the entirety of the video – there’s tools setup and made available for modders, so that should be exciting. The marketplace is governed by the game’s active commerce system, and this will have an effect on pricing and availability of various items. 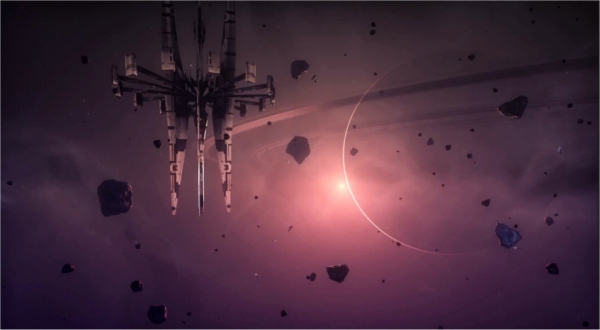 Even though the marketplace UI is still being worked on, players can use the search tool like “Google” to find exactly what they’re looking for.

Additionally, if you buy items from the marketplace while not at the space station, your purchased items will go into a storage. You won’t be able to equip items until you head to the station and have the items equipped in your cargo.

Given that the game is expanding and growing in an “unwieldy” way, Josh made it known that there will be a major change to the update process given the amount of content being added each month.

You can keep track on the updates for the game and all the other content being dumped into Limit Theory by paying a visit to the game’s official Kickstarter page.