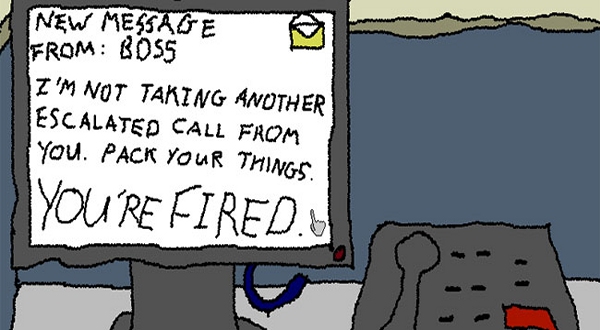 It’s been a hectic week and it’s not even over with yet. Already, an indie developer who came under fire for a plan to withhold Steam keys from those supporting the reform of ethics in media journalism under the hashtag #GamerGate, is reneging on his plan. He’s made an updated post on his blog explaining why things fell through.

In the original article, developer of I Get This Call Every Day, David S. Gallant, had become involved in a tussle with Desura, the digital distribution service, over their policy for not providing user information so Gallant could cross-reference the data with the names appearing under or supporting the #GamerGate hashtag, and ensure that anyone who purchased the game outside of Steam would be neglected a Steam key when the game launches on Valve’s digital distribution service.

Following the publication of that article, Gallant sent out an e-mail pointing to an updated Storify post, signaling his change of heart and the abandonment of his plan, writing…

“Humble, which currently stores the bulk (around 5700) of the sales of I Get This Call Every Day, has no means to selectively give keys or not give keys to specific accounts. As such, my plan to deny Steam keys to GamerGate supporters is effectively untenable.

"So everyone who bought the game will get a Steam key, regardless of support of GG, simply because I have no means to deny it from anyone. No bad feelings towards Humble: they provide great tools for developers and have always dealt with me like professionals.”

Gallant provided no additional quotes other than the updates he posted on the Storify post. He did offer this little jab at the end, stating…

“So there you have it, GamerGate: if you bought I Get This Call Every Day, you're getting your Steam key after all.

“I sincerely hope none of you bought it, as so many of you are eager to tell me over Twitter.”

I imagine one way of #GamerGate supporters ribbing Gallant is potentially making a purchase of the game on Steam and sending him pics of the purchase just to let him know that they support the industry, even if he, as a developer, doesn’t support some of his customers.