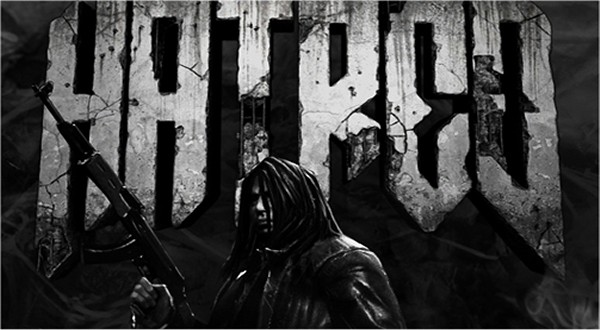 Gamers made their voices loud and clear through the digital ether known as the internet. They rallied together under the umbrella of free speech and the battle cry of unfettered creative expression. The result? One of the most controversial decisions that Valve has had to make in recent times was overturned.

You may have heard about a little game called Hatred filling up the net-waves on every major (and minor) gaming site the world-wide-web around. Yesterday the game was pulled from Steam’s Greenlight shortly after it was added. Why was it pulled? Well, the games media spilled their collective spittle on the floor racing to call Hatred everything wrong with violent games today. Shortly after the barrage of articles went live decrying the game, Valve pulled the game from Greenlight. Eurogamer managed to get a curt response from Doug Lombardi, Valve’s PR pilot – who seems to fancy building walls out of stone than constructing communication conduits with the press – saying….

"Based on what we've seen on Greenlight we would not publish Hatred on Steam. As such we'll be taking it down,"

Nevertheless, the antagonistic and censorship-prone games media that consumers have been fighting against since August was dealt a major victory when Hatred was pulled from Greenlight. This was despite a majority of gamers upvoting and favoriting the game, showing a willingness to see it on Steam’s store.

The cavalcade of media agitators bridged a tunnel for censorship advocates and inhibitors of expression to pile into the gaming forums and comment sections to praise Valve and explain away the company’s inconsistencies for banning one game while allowing for equally perverse, violent and disturbing titles to still be sold on the platform (e.g., Postal 1, Manhunt, Carmageddon, GTA, etc., etc.)

Apparently hypocrisy isn’t something Gabe Newell and crew want to be known for in the kingdom of Valve. The company decided to reinstate Hatred on Steam’s Greenlight after petitions, e-mails and social media tirades filled up the digital network space from angry core gamers. Hence…

NEWS: Hatred on Steam Greenlight and new teaser! If you are a diehard Hatred fan then this is the most important news of this year! We’re announcing that Hatred is featured at Steam Greenlight. Yeah!

I reached out to Doug Lombardi to ask about Valve’s change of heart, but at the time of the publishing of this article, I have not received a response.

Even still, from 8chan to Kotaku in Action and every other major game site in between – where gamers, consumer advocates and free-speech enablers reside – there have been cheers and praise issued to Lord Gaben. Why? Because he listened to the people who actually buy and play games and not the soap-box charlatans who would rather condemn the audience that keeps the industry ticking, the crap-spouters and spit-stirrers who have devalued and attacked an $80 billion industry to suit their own twisted sociopolitical agendas, which includes a four month campaign built on lies in an attempt to delegitimatize a consumer revolt that has revealed how corrupt and debased the games media industry has become.

It should make anyone with an ounce of respect for truth in media to feel absolutely ashamed that the current crop of media outlets wield the power that they do, while committing vile acts of cronyism, blacklisting and debauchery.

To borrow the words of Jim Sterling from a rebuttal piece in 2009 back when he was pro-consumer: I don’t agree with the content in Hatred, but I will defend the developers’ every right to express it.

3 thoughts on “Hatred Returns To Steam Greenlight After Massive Outcry”