Hatred Removed From Steam Greenlight; So What’s The Point Of Community Votes? 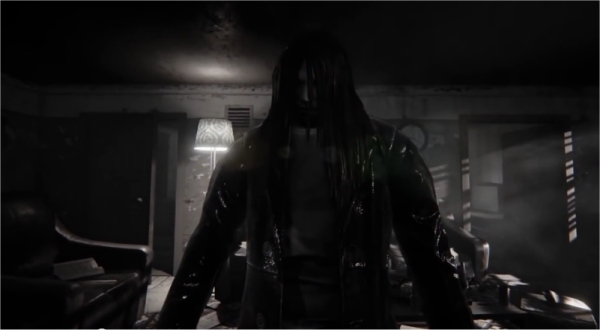 [Update: The Game has been returned to Steam Greenlight]

It really gets to me when games get axed by distribution platforms just based on the moral outrage of a few. I may not agree with the content in Destructive Creations’ Hatred, but I absolutely disagree with Valve’s decision to pull the game out of Steam Greenlight; preventing people from even having the option to vote on whether or not they would want to play the game.

As noted on Eurogamer in an update to the original post, Valve’s Doug Lombardi explained why the game was pulled from Greenlight (you can check out its former page here), saying…

"Based on what we've seen on Greenlight we would not publish Hatred on Steam. As such we'll be taking it down,"

This happened shortly after the game went live on Greenlight earlier today.

Of course, once the game did appear on Greenlight there was a torrent of articles about the “murder simulator” being allowed on Greenlight. The media hasn’t been keen on the title since its original announcement, but gamers are kind of split down the middle. Heck, even Eurogamer noted…

“With over 1300 comments appearing on its Greenlight listing in its first few hours, Hatred is certainly getting a lot of attention. Some of it is weary of the game's discomforting ultra violence aimed at innocent bystanders, while others support the developer's desire to make the game it wants to make.”

For those of you who forgot what Hatred was all about, here is the announcement trailer.

Now here’s my question: if the opening dialogue from Mr. Killer was about how people had become infected with some zombie-mutating disease and he had to wipe it out of everyone, and the game was called The Diseased, would it still have been pulled?

Does intent change the perception of the content? I mean, if a trailer was put together for GTA V showing first-person axe murdering and tons of civilians being shot in the head with a voice-over about wiping out every single person from the face of the planet, would Valve react in the same way? Would the media react in the same way?

Also, if the community wasn’t entirely against the game and a large portion of players would be willing to play it, mod it, spread it, should they be restricted from playing it at the behest of those who feel its morally wrong? What’s the point of having the community decide what does and doesn’t belong on Steam if that choice is stripped from them whenever the media feels gamers shouldn’t have a right to play a game at all?

That’s not to mention that Postal, a game released back in 1997, is identical to Hatred insofar that you can kill innocent people and police alike. The whole point of the game was to kill any and everyone – and yet, Postal is still available on Steam… right now. Hypocrisy much?

With the recent bans on GTA V from Kmart and Target in Australia, and a new petition aiming to get the game removed from store shelves in Canada, in addition to some gaming media outlets advocating the bans and calling for the censorship of games like Hatred, it’s kind of hard not to view this as an attack on the gaming industry.

Sadly it feels as if the games media do have some pull in directing the content of some developers, especially those not large enough to ignore petitions and hyper-wailing moral police from soap boxes positioned to influence the future of what gamers get to play and what they don’t.

Is this what gaming has come to? A fight between the media and the consumers? Is this now the new norm? If so, I can readily see a crash coming sooner rather than later.

[Update:] For reference, here is what the votes looked like before the game was pulled from Greenlight, courtesy of Blocker. 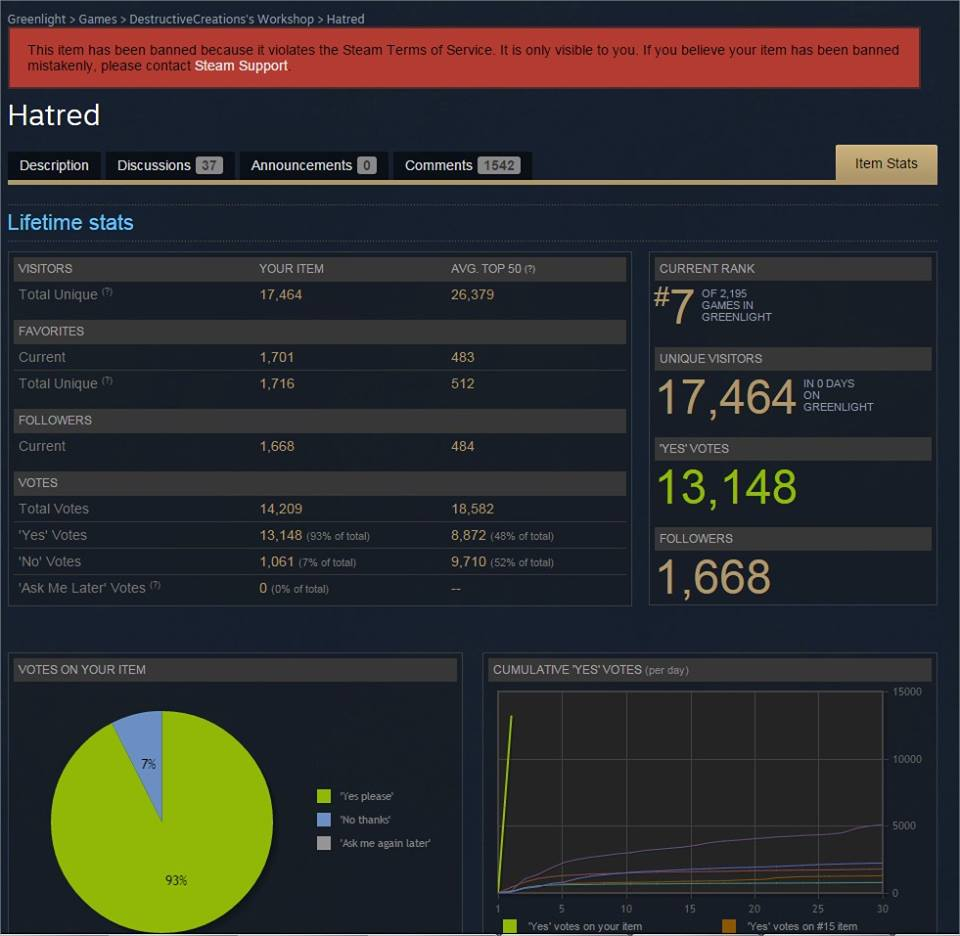 12 thoughts on “Hatred Removed From Steam Greenlight; So What’s The Point Of Community Votes?”