Hatred Becomes No. 1 On Greenlight After Gabe Newell Steps In 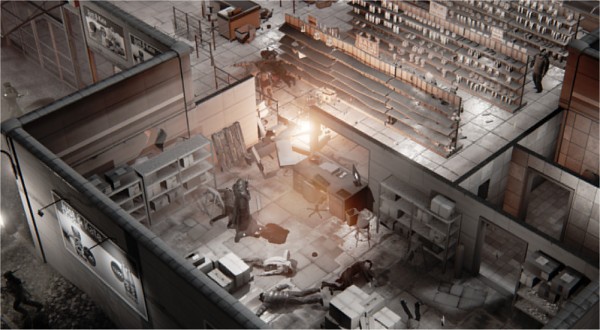 For a game that’s supposed to be the bane of gaming and a testament to the argument that “gaming violence causes real life violence”, it sure does seem to have escalated to the top of the Greenlight list awfully quick. Maybe some people can separate fantasy from reality or maybe some people are making a serious political statement with the support of Hatred coming to Steam.

After garnering more than 27,000 ‘Yes’ votes, as evidenced in an image of the game’s stats on Greenlight, Hatred has moved to the very top of the list of the more than 2,100 games on Greenlight.

The game was originally taken down the very same day that it went up after gaming media complained about the title. According to Destructive Creations and a PR firm that John “TotalBiscuit” Bain has been in contact with, Valve’s head honcho, Gabe Newell, stated the following to the development team of Hatred following the game being pulled from Greenlight [via Blues]…

“Yesterday I heard that we were taking Hatred down from Greenlight. Since I wasn’t up to speed, I asked around internally to find out why we had done that. It turns out that it wasn’t a good decision, and we’ll be putting Hatred back up. My apologies to you and your team. Steam is about creating tools for content creators and customers.

“Good luck with your game.

I asked Doug Lombardi, Valve’s PR gatekeeper, about Valve’s process for bringing the game back to Greenlight after the game had been removed from Greenlight, but Lombardi opted not to respond.

I don’t really stand by the content of Hatred, but I would be lying if I said I wasn’t excited about potential Workshop modding and the potentiality of the game’s technical design. The physics, animations and gun mechanics are expertly designed (based on the videos) and it’s rare we see that level of technical excellence from AAA titles. So yeah, I don’t agree with mowing down civilians in gruesome ways but the technical prestige of the game seems intoxicating.

Hatred is available on Steam Greenlight right now. It looks like the game could make it to the Steam store after all. For the sake of trying to be edgy, another person also made a game called Kill All The Kids in an attempt to troll the community, but the community seems to be trolling them back. There is no video, no images of the game and it appears as if there are no plans to actually make Kill All The Kids… looks like a waste of $100 to me.

2 thoughts on “Hatred Becomes No. 1 On Greenlight After Gabe Newell Steps In”