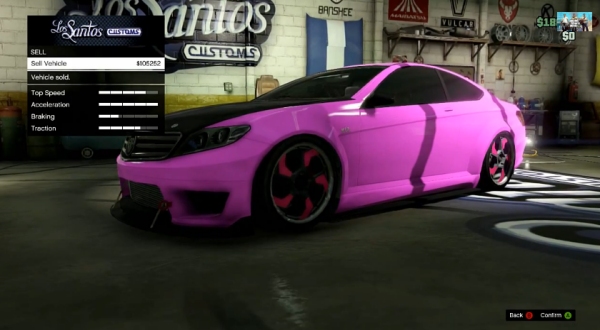 In patch 1.22 Rockstar seems to have missed a rather important glitch in the game: an unlimited money glitch. How does it work? Well, one user made a quick video detailing how it works, and if you can listen through the thick accent obscuring his enunciation, you just might come out of it a heck of a lot richer than when you went in.

Sharmarke Gamer posted a near two-minute video explaining how the glitch works, which can be used as a GTA V money cheat for Xbox or PlayStation consoles. You may have to test it for yourself to see if it truly works.

It requires two people to pull off successfully.

You grab a car. Make the car as expensive as possible in the tuner shop.

You have your friend sit in the driver seat while you occupy the passenger side.

Unplug the network cable from your console/router and re-plug it back in. Drive the car into the garage to save your car.

You should have a duplicate of two cars. Just as it’s demonstrated in the video.

Rockstar has been very vigilant in stomping out bugs and glitches since GTA V‘s online mode went live back in 2013.

Some of the users on the YouTube page had a tough time replicating the infinite money glitch because they couldn’t understand Sharmarke. Others were more concerned with whether or not he played on an Xbox or PlayStation… because obviously, an infinite money glitch is nowhere near as important as one’s brand dedication. Am I right?

GTA V‘s online mode is about to receive the major heists in early 2015. I expect the infinite money glitch will be gone by then. Enjoy it while it lasts… and use it at your own risk.

26 thoughts on “GTA 5 Online Patch 1.22 Has An Unlimited Money Glitch”