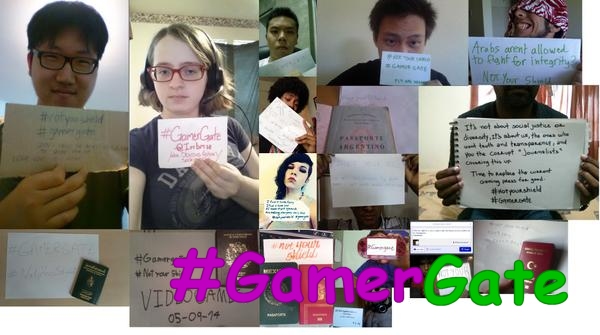 The hashtag #GamerGate represents the scandal of corruption within the media circuit – it started with games media but escalated and leveled-up into mainstream media. Those who often use the tag are consumers revolting against the corruption within the media, oftentimes using e-mail campaigns and grassroots community outlets to scrounge and spread information to educate others about what’s really going on behind the scenes. Well, the media – the ones on trial by consumers – painted the consumer revolt as a right-wing, conservative group. In reality, the group mostly identifies as left-leaning liberals… according to a recent survey.

Over on Game Politics, political consultant and writer Allum Bokhari rolled out a comprehensive political analysis of more than 1,500 consumers who make frequent use of the GamerGate hashtag and Kotaku in Action sub-reddit.

For those that don’t know, any figure containing 1,000 participants or more is a moderate enough sample size, according to most data sampling methods, as mentioned in the University of Texas at Dallas statistics and data sample collecting paper.

As pointed out in the graphs and survey results, more than 54% of those consumers fighting for better ethics and the cleanup of corruption in the media ring identify with left-leaning politics, as detailed in the image graph below. 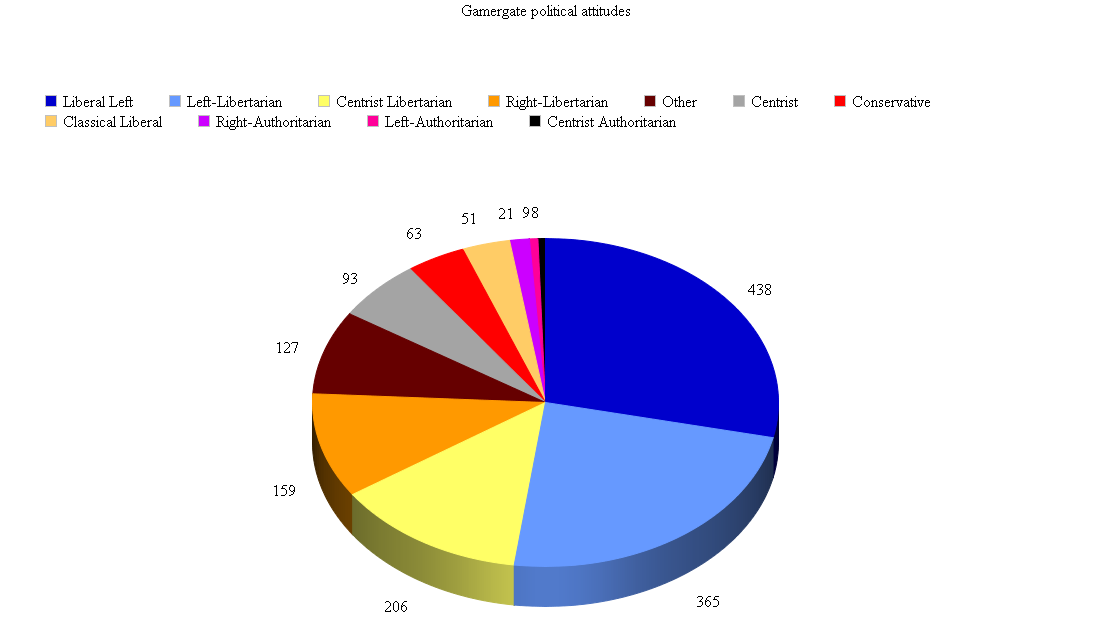 This graph is similar to a previous graph that floated around showing most of the gamers and consumers supporting the reform in media ethics were left-leaning libertarians.

What does this mean? It means that disingenuous articles like the one on Gawker or The Guardian, which become misrepresentative and factually incorrect when the data itself clearly shows that #GamerGate is not being propped up by right-wing consumers. It also retroactively makes former BioWare developer, Damion Schubert, look ill-informed and out socially execrate gamers when looking back on his inflammatory blog post about #GamerGate’s “right-wing nutjobs”.

In fact, before the survey data was even made public, how could the media pundits and journalists have surmised that #GamerGate was a right-wing movement without any sound statistical or sampling data? Begging the question based on false claims is the lowest form of yellow propaganda imaginable.

Despite being biased, poorly sourced and editorialized to purposefully misinform readers, the #GamerGate Wikipedia page actually manages to at least cite the political standings correctly.

As noted in the article on Game Politics…

“GamerGate supporters are considerably more likely to identify with the left or the centre than they are with the right. On the other hand, the results also show a strong identification with libertarianism, which may give us a clue as to the source of the divide between GamerGate and its critics.“

The article notes that trust in left-wing politics has declined greatly, with 67% now seeing the left as more authoritarian than libertarian. They also noted a deep decline in trusting publicly funded outlets like NPR, CBC and the BBC. It should be noted that some members of the Game Journo Pros were/are affiliated with NPR, such as Kyle Orland – who used to intern there – Harold Goldberg and Dennis Scimeca. Also, it was found out that the CBC had been purposefully withholding information and opted not to cover the whole #GamerGate story (or any of the related corruption or ethical breaches from the media). The executive producer of CBC’s The National, Mark Harrison, has stated that they will rectify the slanted coverage in any future stories. They have yet to do so.

What’s interesting, though, is that some people have tried waving away the consumer revolt as pointless and meaningless, despite the fact that both games media and mainstream media have been found to have created serious breaches in ethics. One commenter on the Game Politics article, going by the handle of Jon Kole, stated…

“So frankly, I don't care about 'corruption' in video game journalism. If someone at IGN is getting paid or getting gifts or is having sex with someone at Blizzard, my opinion of WoW will not be changed in the slightest. I don't care if they give the game a good or bad review, or why they give a game a good or bad review. Game reviews mean NOTHING! Heck, the actual journalism industry is filled with FAR worse corruption, and that stuff actually kind of matters.”

One thing Kole seems to forget is that it’s not just about the “review”. The review is the end-game of coverage for most titles. There are a series of articles that lead up to the review that inform or give gamers information about the title before they decide to engage with the review or purchase the game. If an outlet can’t be trusted in their review coverage what makes you think they can be trusted in any other news coverage of the game prior to the review?

In fact, #GamerGate is the perfect example of the media not engaged in producing review content but still purposefully ignoring facts and misinforming the public. Why is this okay?

The Game Politics article points out that this isn’t a left versus right issue, it’s a left versus left issue – given that most of the sites that have come out as anti-consumer and anti-gamer identify as left-leaning.

At this point, the media is starting to look awfully silly, especially when outlets that used to be reputable like The Guardian would allow for misinformation to spread in the way that they have. Attempting to create a revisionist history is a scary practice by media outlets peddling a specific agenda.

You can check out the rest of the survey data via the Google Docs. For the full article feel free to visit Game Politics.

24 thoughts on “#GamerGate Mostly Left-Leaning Liberals, According To Survey”