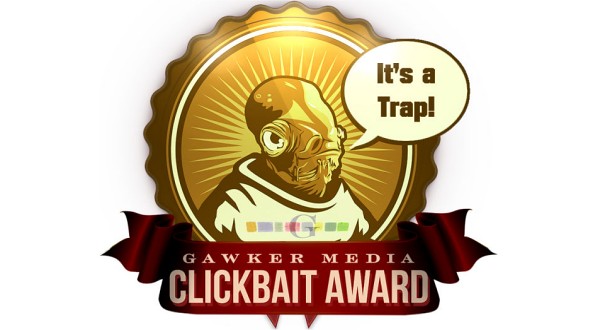 One of the big requests from #GamerGate has been: ethics reform in journalism. It’s amazing that such a noble request was punted under the table while the skullduggery of the games and mainstream media pitched a series of lies over #GamerGate being nothing more than a harassment campaign. Well, narrative thread weaving has done little to stop angry consumers from making their voices heard, and whether people want to admit or not… mega-entities like Gawker are listening.

Kotaku In Action has been a stalwart frontrunner in maintaining a watchful eye on the ethics and reform in both games and mainstream media policy reform. There was a recent post about Gawker making some significant changes in their disclosure and affiliate policies ahead of the FTC’s new consumer information addendum due out in early 2015.

As mentioned on the Kinja legal page…

“Hi Kinja Users! For the first time in several years, we've updated our Privacy Policy. While we're not legally obligated, it's our intention to highlight the changes — most of which are clarifications to help you better understand how our Services work.”

This isn’t just preaching without practice. Gawker’s subsidiary, Kotaku, is already putting disclosure measures into effect right away, as you can see at the bottom of the article about the Logitech gaming mouse houses a small disclosure about Logitech paying for the trip to their campus, or this article about LG monitors where a disclosure clause makes it known that two review units were provided by the company.

A lot of this has been put into effect after massive complaints were sent to the Federal Trade Commission about the lack of disclosure regarding native advertising and Gawker’s undisclosed affiliate links. The FTC recently addressed these concerns but did not divulge their involvement with any ongoing investigations. At present, there is already an open consumer complaint within the FTC’s database regarding Polygon and Gone Home under the “deceptive advertising” label, according to a FOIA consumer request.

Nevertheless, we’re seeing Gawker bend to the will of the consumer and this is a beautiful thing. It doesn’t matter at this point if any part of the media is misrepresenting or misappropriating their platforms to slander consumers using the #GamerGate hashtag to expose corruption scandals, because change is coming whether the scoundrels like it or not.