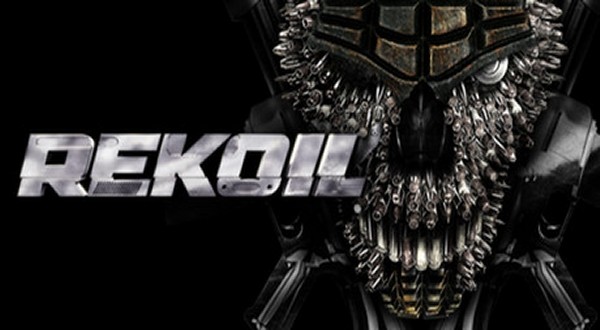 Recently there was a report on the alleged blacklisting of game industry professional Kevin Dent. Dent has been involved in a number of business ventures throughout the interactive entertainment industry, but ended up on the bad side of the media when he made comments certain journalists deemed “sexist” and “creepy”.

The previously published article explains how Giant Bomb journalists Patrick Klepek and Alex Navarro spearheaded an attempt to no longer have a group of gaming journalists quote, interview or engage with Kevin Dent. The two did so through the Game Journo Pros secret mailing list that was exposed during #GamerGate. This is the same list that contained the major writers, site owners and editors-in-chief working at prominent gaming and tech websites; the GJP contained members from major outlets that collectively reached an estimated 300 million uniques a month.

The e-mail thread basically started over a fallout between Kevin Dent and Phil Fish, the same Phil Fish who made Fez.

Interestingly enough, before that thread on July 25th, 2013 was posted by Patrick Klepek, Kevin Dent was featured in editorials and news features leading up to that time. In fact, he was infrequently promoting a game he was involved in called Rekoil. Here’s an interview from September, 2012 of him promoting the title during PAX.

Previous to Klepek calling for a blacklist of Dent, sites like Polygon used Dent to pull quotes for stories. It was mentioned in the Game Journo Pros e-mail thread that he did make for good quoting, with Klepek stating in the thread…

“Polygon quoted him in a story about Xbox One and indies, which I don't blame them for--Dent gives good quotes and will answer any email or phone call for a comment. “

And yes, Polygon editors were on the Game Journo Pros list.

Other sites like Ars Technica had also recently quoted Dent prior to the call for blacklisting, for his “expertise” on various industry matters.

Polygon and Game Informer also published features on Rekoil, along with Joystiq… all just days before the call to no longer support or engage with anything dealing with Kevin Dent.

Following the alleged blacklist, Kevin Dent was no longer quoted, referenced or promoted in any major capacity by the Game Journo Pros with the exception of a single mention by Kotaku about the game Rekoil, following the July 25th, 2013 post by Klepek. Nevertheless, this blacklisting could have affected coverage of Rekoil, since it was scaled back to smaller and lesser known websites such as Examiner, Game Zone, EGM Now, The Koalition and Hip Hop Gamer.

Dent is mentioned in passing on a pre-recorded Destructoid podcast that covers the fallout between Fish and Dent, but nothing beyond that. Post-blacklisting, the last time Dent was cited  in any significant matter came from a non-GJP site called Dollmytee.

According to the Federal Trade Commission, group boycotts may be illegal, as well as attempting to monopolize the market, as noted in Appendix ‘E’ of the United States Code. As stated on the FTC website and on page 10 from the book the FTC Guide To The Antitrust Laws…

[Update:] This is also outlined in a public address by the Department of Justice relating to antitrust enforcement in entertainment and media, where Deputy Assistant Attorney General, Makan Delrahim stated that…

"...the mere possession of monopoly power does not violate Section 2. Instead, the statute applies only to monopolies that are acquired or maintained by virtue of a firm's unreasonably exclusionary conduct. A related principle is that a monopolist has no general obligation to aid its competitors. So you need both status (having a monopoly or a dangerous probability of gaining a monopoly) and exclusionary conduct in order to violate Section 2."

In this case, refusing Dent a platform or purposefully going out of the way to avoid him or products he’s associated with (e.g., Rekoil) would could be considered a group boycott that influences market perception, due to the fact that so many large websites were involved in the Game Journo Pros e-mail list.

I did reach out multiple times to Patrick Klepek and Alex Navarro of Giant Bomb about the situation, but have not received a response from either party. Kevin Dent previously acknowledged the situation but stated that he didn’t want any of his comments published publicly. However, he did mention that the GJP members refusing to provide statements may not be proud of their words.

What’s more is that this situation also applies to Russ Roegner, an indie dev, where many within the GJP list and on Twitter, had noted that he committed “career suicide” for having an unpopular opinion amongst various industry professionals. As stated on the FTC’s website…

“Boycotts to prevent a firm from entering a market or to disadvantage an existing competitor are also illegal.”

In this case, a collective of competitors actively acknowledging the disadvantage of Roegner within the marketplace due to his opinions could also work heavily against any perceived innocence of the group.

What’s interesting, however, is that no matter what Phil Fish said or did throughout the entire fiasco involving his feud with Dent – regardless of some of the Game Journo Pros flagrantly mocking him – he continued to receive regular coverage from the sites involved in the mailing list.

Phil Fish’s consistent media presence – even despite being labeled as an inflammatory figure, no different than Dent – garnered him coverage regarding his comments about YouTubers stealing from devs to Polytron being hacked. Fish has been quoted and propped up in media just until he went dark following the IGF and IndieCade scandal. Speaking of which, the only thing major game journalists refuse to report on or discuss regarding Phil Fish is his ties to the alleged racketeering scheme.

Nevertheless, group boycotts by competitors who have major marketing sway can be reported to the FTC for investigation.

[Update: Here is the complete list of individuals from the Game Journo Pros e-mail group.]