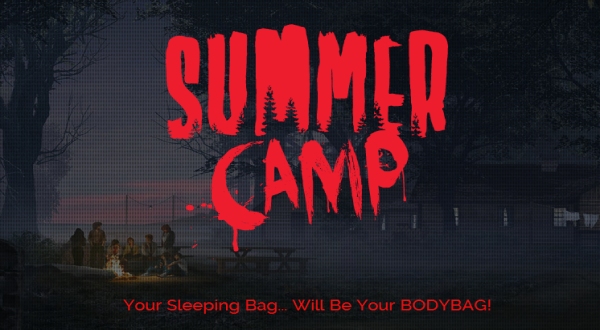 One of the more popular sub-genres throughout seventh-gen was retro games based on the flair and over-excess of the neon-themed era of the 1980s. Games like Hotline Miami and Far Cry 3: Blood Dragon managed to strike up a huge slice of success from the core audience with their unique take on the era with their own little spin. Well, one of the most popular movie genres from the 80s was horror-slashers. So guess what’s coming next?

If you guessed that horror-movie special effects guru and B-movie legend Tom Savini would be in charge of producing a video game for PC, PS4 and Xbox One based on the horror-slashers from the 1980s then you would be totally wrong… no, I’m kidding. You would be totally right.

“This is my love letter to the classic films of the slasher/splatter era,” ... “I want that experience of being helpless, running for my life against an unstoppable killer. But I knew I needed help to do it right. Who else could I turn to for a campy, 80s slasher than the Sultan of Splatter, Tom Savini? His FX defined the splatter/slasher genre.”

It reminds me of the upcoming PS4 title Until Dawn, which is another horror title that focuses on teens trying to outlast some kind of thriller situation until the dawn.

The difference between Until Dawn and Summer Camp is that the former is a bit more “Cabin in the Woods” where-as the latter is a bit more “Camp by the Lake”. In addition to this, players have the option of taking on the role of either the camp survivors or the killer in Summer Camp… it’s like those old Friday The 13th games on the NES.

The game is being billed as Slasher Vol. 1, so I assume if this does well we’ll see more. I have no idea if the game will turn out well, but it has Tom Savini at the helm so how bad could it be right? I have no idea if Gun Media will be up to the task, as they’re fresh fish in the gaming industry waters, so we’ll see how well they pull it off.