Producers Didn’t Want The Full Story Of #GamerGate, According To Journalist 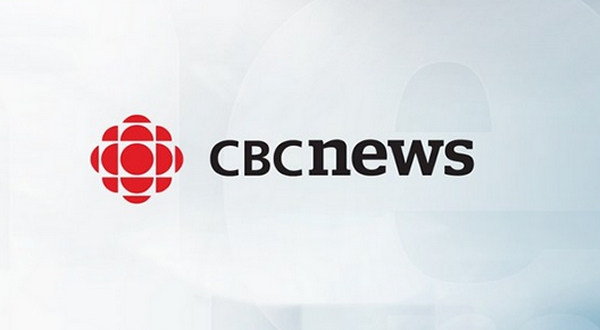 There’s a lot of talk about #GamerGate being nothing more than an over-inflated conspiracy theory. Originally it was said that #GamerGate wasn’t about ethics in journalism but was just a masquerade to harass women. That was just until evidence surfaced that there was corruption happening in the games industry, and even more than that, proof of collusion amongst journalists that gamers had long suspected. Well, one of the other conspiracy theories levied against the consumer revolt is that the media is out to get #GamerGate and they are manufacturing narratives to sway public opinion. Well, what will the opposition say when media bias is no longer a theory?

I was notified by readers that indie game developer Jennifer Dawe, known on Twitter as “Jennifer D’aww”, had conducted various interviews with various outlets, but only two out of four of those interviews had been published. It’s not uncommon for journalists to interview someone and then opt not to publish it for a myriad of reasons.

I reached out to PC Mag’s Matthew Murray, the one who supposedly interviewed Dawe, but he hasn’t responded as of the writing of this article.

[Update: PC Mag’s Matthew Murray  has notified me that he hopes to run something later this week, and further explained Dawe’s interview situation, stating…
"I did indeed interview Ms. Dawe, and still intend to publish something, but a number of factors have prevented me from doing so or, in fact, writing anything about GamerGate yet"]

Now, regarding the CBC piece, Dawe mentioned that she was notified that her interview could be posted as a “reaction” to a piece that CBC published on October 1st, 2014 by John Bowman called “Women Talking Video Games”. The original piece centered mostly on #GamerGate being a harassment campaign led by angry hardcore gamers who didn’t want women in the industry. I reached out to CBC journalist John Bowman, the one who interviewed Dawe back on October 3rd.

According to Bowman, he confirmed Dawe’s interview but mentioned that it was a pre-interview and he had plans to do a follow-up. Bowman stated…

“I planned to do a second [interview] for my radio column. My producers didn't want [to] go ahead with that topic, though.”

However, the producers did go ahead with the topic (whether Bowman was aware of it or not) because three more hit-pieces about #GamerGate were published.

There was a radio column involving film critic Jesse Wente on October 8th, 2014. Wente ventures to lambaste the revolt for being anti-progressive.

Additionally, another post by CBC appeared on October 15th, 2014 from Lauren O’Neil called “#StopGamerGate2014 Hashtag Suggests Internet Is Growing Tired of GamerGate”. It furthers the narrative that the movement centers around harassing female game critics and female game developers.

On a separate part of the CBC site called ‘Q Blog’, yet another hit-piece was run about #GamerGate on October 21st, 2014, this time focusing on indie developer Brianna Wu. The piece is called “Gamergate: Has the online world turned against women?”. Wu runs the narrative that the hashtag is all about harassing women out of the gaming industry.

CBC obviously doesn’t have a problem running articles about #GamerGate… they just don’t seem to want to run anything that breaks the narrative of the consumer revolt being anything other than a campaign to harass women.

I decided to reach out to Bowman’s senior producer at CBC News, Andrew Yates. I tried contacting him through the CBC e-mail as well as a few times on Twitter. However, at the time of the publishing of this article, Yates has not responded to my inquiries about CBC’s interview with Jennifer Dawe.

Bowman, alternatively, has mentioned that he has plans to release the recording he has of Dawe on Soundcloud. According to Bowman, it may go live sometime today, but Bowman didn’t mention if it would be available on CBC’s site or simply as a publicly available piece on Soundcloud.

I asked Bowman if the CBC producers had any reason as to why they won’t run Jennifer’s interview, but there hasn’t been any response.

The gaming community may want to keep an eye out for the Soundcloud of Jennifer’s interview.

[Update:] The Soundcloud is available. Be sure to give a ‘Thank You’ to Bowman for following through.

(Main image courtesy of Bright Side of News)

39 thoughts on “Producers Didn’t Want The Full Story Of #GamerGate, According To Journalist”