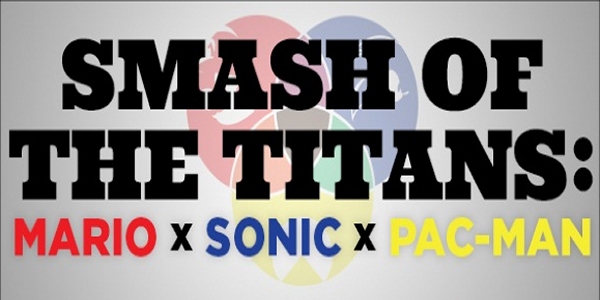 It’s strange but no one seems to talk much about the elephant in the room in the gaming industry at the moment; I mean, it’s pretty obvious there’s a serious topic that needs discussing but it just isn’t happening… at all. The big question is… why? Why is no one talking about it? Well, Shirts is talking about it… that’s right, they’re talking about Pac-Man, Sonic and Mario all being in the same game for the first time ever.

I know it’s odd that this isn’t being talked about quite as much as it should, but the concept of being able to play the three most iconic mascots in all of video games at the exact same time, all in one game is a pretty monumental milestone.

Shirts.com released a neat infographic to show tie-in between the three characters and the few times they did manage to cross paths through their lifetime of being on the interactive entertainment market. Check it out below. 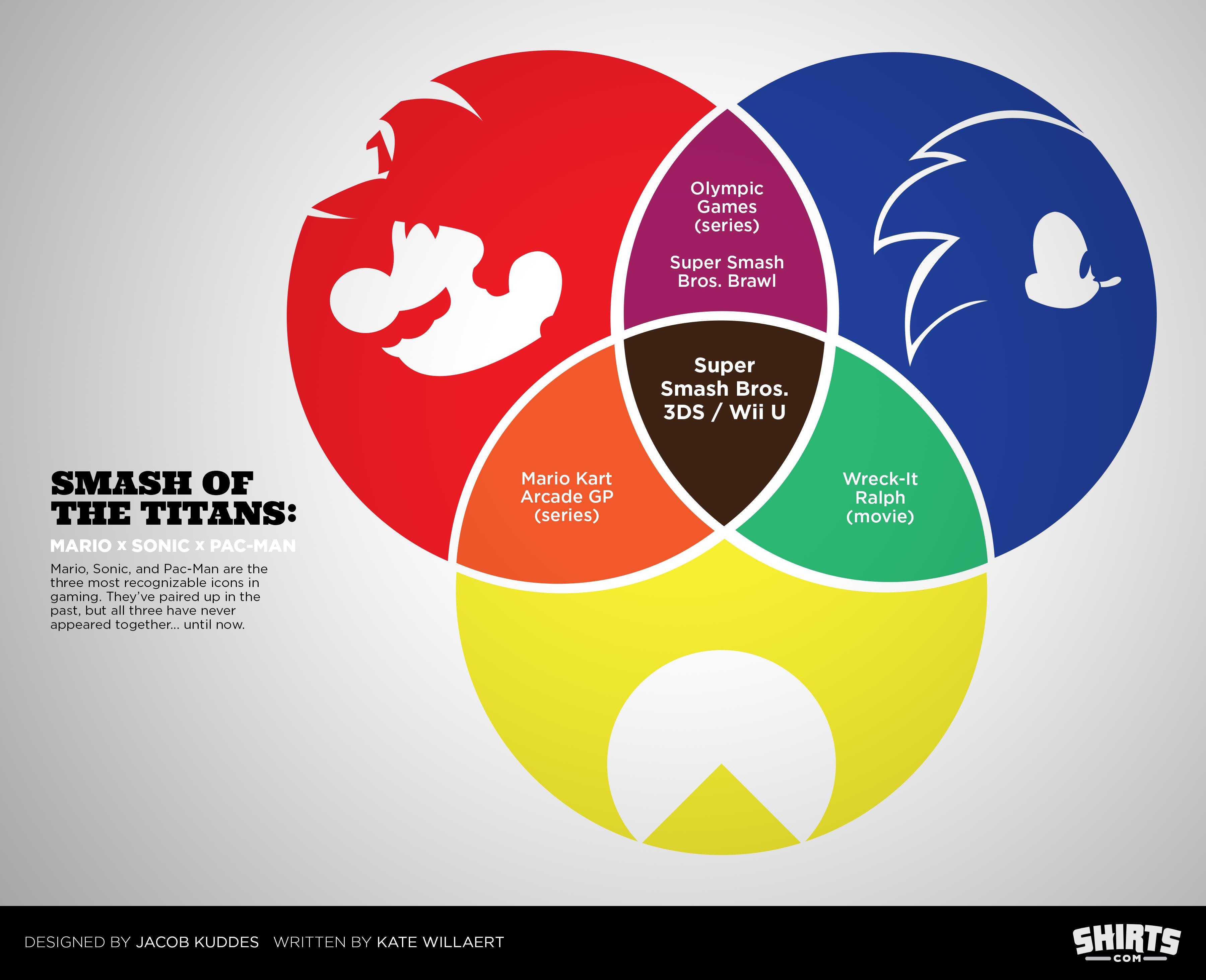 I actually did not know that Mario and Pac-Man crossed paths in Mario Kart Arcade GP. For those of you not in the know, the GP series is the arcade racing game over in Japan. It’s a slightly different Mario Kart experience from the home console and portable versions that we get over here Stateside (or in Europe).

Here’s an easy-breezy taste of Mario Kart Arcade GP just in case the bones in your body were begging you to hit up Google and nail it in the search engine like Justin Bieber probably got nailed in jail. Check it out below.

Previously, Sonic and Mario competed together and against each other in those licensed Olympic games, as well as Super Smash Bros. Brawl.

At this juncture we’re finally seeing Namco, Nintendo and Sega all coming together to battle it out and see who is the strongest mascot of them all?

I’m pretty sure this would be a much bigger thing if Sega hadn’t whored out Sonic so often in throwaway games like Sonic Boom, but it’s still nice to see the big yellow ball getting it on in fisticuffs against his arch-rivals.

Anyway, Super Smash Bros. is due out this Friday for the Wii U. The game is already available for the Nintendo 3DS. It’s pegged as being one of the bigger games due to drop this fall and Nintendo is expected to make big bang on Smash Bros. and those Amiibo. I’m definitely interested to see what those NPD figures are going to look like when they drop next month.