Heroes of Newerth Forests Of Caldavar Map Recreated In Legos 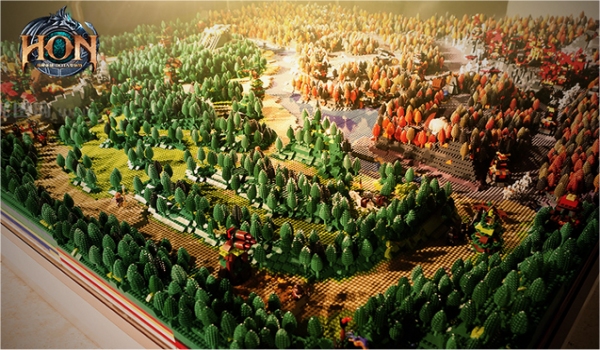 Using 526,372 Legos, the team at Tencent reconstructed the entire Forests of Caldavar map from the MOBA title, Heroes of Newerth. This seems to be the second time within a short period of time that a dynamic real-life event involving Legos and online gaming has come to light. Some of you might remember the A.V.A. Lego event celebrating a milestone for the game – well, Tencent is doing the same with Heroes of Newerth.

After being butchered through Google Translate, here’s what was mentioned on the promo page for the Lego map recreation…

“HON oversized Lego map production team, brought together more than 30 people participated in this "Ragnarok" Lego map of construction, from design to construction took 29 days. Three-dimensional map of the entire portfolio is made ​​by Lego, a height of 36 floors Lego, length and width are staggering 256cm X 256cm. Project co-consumption of 526,372 Lego bricks, trees only on the use of 5800, called the world's first scale Lego game scene.”

There are a couple of images of the map, complete with towers, fortifications and creeps. 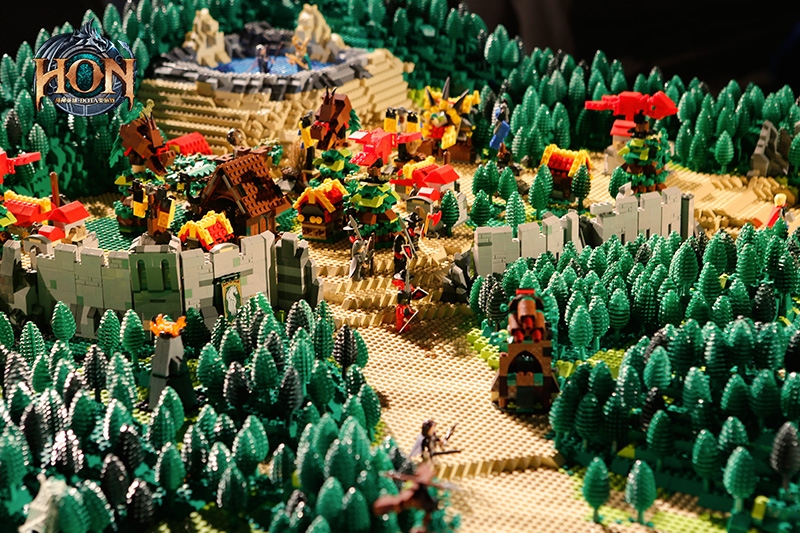 I haven’t played Heroes of Newerth and I haven’t been in much of a rush to engage the MOBA genre; the competitive scene is very competitive. I’ve never had the inclination to get riled up and angry over newbdom, incompetence and try-hards that make some MOBA titles a real trying time on the virtue of patience.

Even still, the whole Lego map recreation is pretty freaking mind-blowing. The amount of time and diligence put into that map is impeccable.

You’ll be able to see the full map that the team recreated from Heroes of Newerth at the TGC 2014 event. Need more info? I suppose you could check out the jangled English translation over on the official website.