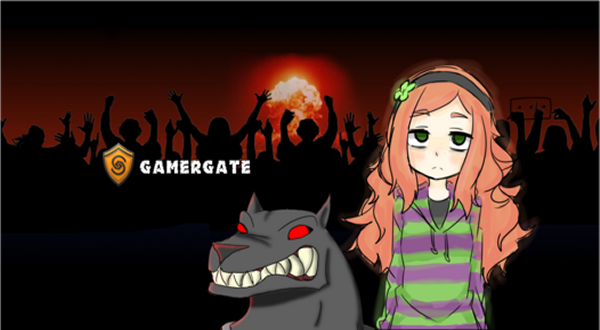 Today, there was a general assembly taking place in Washington, D.C. It was a panel discussion involving Katherine Cross, Sociologist and writer at Feministing, Stefan Hankin of Lincoln Park Strategies and Shireen Mitchell of Women’s Media Center. The panel was moderated by Allyson Kapin of Rad Campaign and Women Who Tech. Some of the people who attended the panel included notable individuals such as Paula B., from Workplace Fairness, Elle Cayabyab Gitlin from Ars Technica and Ally Palanzi from Vox Media, just to name a few.

The purpose of the panel? To discuss online harassment. The panel was called “Celebgate and Gamergate: A New Culture War.”

Allyson Kapin, co-founder of Rad Campaign commented about the panel discussion in the press release, saying…

“There is a cultural war erupting,” ... “We are witnessing the horrifying real-life effects it's having on women, whether they are famous or not. It's critical that we come up with viable solutions to fight this harassment because right now there are no clear laws, legislation, or social media policies addressing this issue effectively."

The press release cites a poll that claimed that 66% of Americans are calling for tougher laws to “crack down” on the “largely unregulated arena of online harassment.”

I reached out to the firm handling the “Celebgate and Gamergate” event in Washington, asking if the panel was going to address or bring these particular issues of harassment to the senate, and if this panel would be a precursor to eventually push to get legislation in place. According to Naomi Seligman from Seligman Consulting…

“The answer is yes – and they will also be discussing the upcoming US Supreme Court case Elonis
VS the United States and the potential implications on online harassment.”

For those of you unfamiliar with Elonis Vs the United States, the case involves a certain Anthony Elonis who made some very disturbing and threatening comments on social media about his ex-wife and a female FBI agent. A detailed article on Slate from Dahlia Lithwick – who was also kind enough to disclose in the article that she also serves on the board of the Thomas Jefferson Center for the Protection of Free Expression, which happens to be one of Elonis’ lawyers – lays out that online harassment is only taken seriously when the contents of the threat are considered a “True Threat”.

So what is a “True Threat”? According to the Slate article…

“a “true threat” requires the speaker to communicate an intent to commit violence.”

It’s further stated in the article that…

“The 3rd Circuit Court of Appeals, looking at the facts in Elonis’ case, held that if a statement causes a reasonable person to fear for her safety, that’s a true threat.”

Some may see the parallels between this case and some of the accusations levied at the consumer revolt known as #GamerGate. There have been numerous anonymous individuals sending death and rape threats to various groups whether they supported or were against #GamerGate, but this very act is being used to vilify #GamerGate, regardless.

As it was noted in mainstream pieces by CBC and ABC (amongst many others), the facts that identify people supporting #GamerGate receiving death or rape threats aren’t important or have been purposefully omitted to suit a specific media-biased agenda. #GamerGate is always the bad guy.

The panel discussion that happened in Washington, D.C., would use the Elonis case as a means to help further tackle the online harassment topic in the political scene, mostly in hopes of getting something done in the senate.

One of the things that may have some people on edge is that the Elonis Vs United States case isn’t just about acts of violence potentially being carried out, but as noted in the Slate article, deterring “real fear” is also a factor…

“The Justice Department supports the 3rd Circuit’s test, arguing that the law must not only prevent real violence but also deter real fear.”

There’s really no telling how far the discussions will go in the senate or what sort of bills they will aim for that don’t directly impede on the First Amendment, but anyone who thought that this was just a small issue contained within the gaming sphere – hovering over the topic of sexism in video games – will be in for a rude awakening as things continue to escalate.