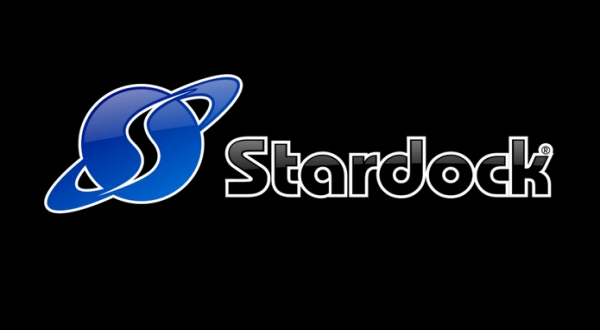 The tides are turning. It was because of the scandal known as #GamerGate that games journalism has been put under a microscope to examine previous practices that have long gone unaddressed. Well, following a detailed exposè by Milo Yiannopolous at Breitbart about the poorly researched and defamatory reports by individuals like Ben Kuchera, as well as outlets like Kotaku, involving a legal arbitration surrounding an employee and the CEO of Stardock Entertainment, some individuals have come forward to issue apologies about the poor journalistic standards exercised in those situations.

As for the case itself… it involved allegations, potential misconduct and a lot of heated emotions. It was hard to understand what the finer details were if you were on the outside looking in. However, video game journalists had already decided what angle they would take, as outlined in Milo’s piece.

Following more allegations of corruption, situations of potential impropriety and professional malfeasance, some of the media have started to shift in their seats; changing their tune ever-so-slightly as #GamerGate continues to dig up dirt and make it known that this scandal will not go away easily or quietly.

James Fudge, the managing editor at Game Politics, recently published an article apologizing to the community and Brad Wardell regarding an article they ran about Stardock’s CEO from back in September of 2012.

“As President Harry S. Truman was fond of saying, "the buck stops here." I take full responsibility for the articles that continued this narrative (whether I wrote them or not) because as the managing editor I encouraged our writers to write them and approved them for publication. And while I did reach out to [Brad] Wardell prior to publishing our story, he deserved more than a few hours to respond to those accusations.”

Damion Schubert, a former developer at BioWare, took to his own blog to publicly acknowledge and condemn the way the gaming press took hold of the story and ran it in a very damaging direction, writing on his blog, Zen of Design, stating…

“In the course of this conversation (and some further digging on my part), Brad made a convincing case that I probably erred in trusting Kotaku’s reporting uncritically in this instance. Part of this was him showing me documentation from the case.

“So as per my addendum in the original post, I’ll condemn Kotaku for what I believe was probably shitty journalism. And while I’m at it, I’ll acknowledge and apologize, particularly to Brad, for not being critical enough of that journalism. And while I still am no fan of GamerGate, I can certainly appreciate his relatively well-founded criticism of the press in his address to it as a result.”

We’ve been dealing with a lot of poorly constructed news pieces surrounding some serious (and not so serious) events. Brad Wardell and Max Temkin have been two of the more prominent names that exemplify how shoddy information-spinning and fact-chucking can lead to serious bouts of harassment and sometimes unwarranted attacks.

It’s a dangerous game to see the gatekeepers of information twist and bend the facts to fit their agendas. It’s not even something that’s limited to games journalism; we’ve recently seen twisted agendas come to a head with the CBC’s one-sided reporting on #GamerGate.

Worse yet, in the case of the CBC John Bowman later admitted on Twitter that they were only interested in one side of the story… the harassment side…

"The fact is "ethics in video game journalism" is not a topic of interest to a broad radio or online audience.

"The harassment of women in technology _is_ of wide interest."

When challenged on why the CBC failed to report on the rest of #GamerGate’s issues – even opting not to use an interview they had of Jennifer Dawe, a female game developer who supports #GamerGate – Bowman responded saying…

"Women are being harassed. That's a story. Talk to the women. We tell the story. What's the "other" side of the story of women being harassed online? That they aren't?

"GamerGate is not an organization. Some people who ID as GG denounce harassment. Others engage in it."

Ben Kuchera is in a similar boat, willingly ignoring all the issues that #GamerGate has brought up regarding the topic of ethics, including journalists opting to only cover one side of the story.

On his Ask.fm page, Kuchera was asked why he doesn’t engage the audience and talk openly about addressing the concerns in gaming journalism, especially since Kuchera became part of Breitbart’s exposè, where his work helped contribute to the harassment of a game developer. According to Kuchera…

"Well, their version of starting a discussion with me was a bunch of vile messages and threats about what they were going to do to me if I didn't start agreeing with them. This was while many of my friends in the industry were getting harassed by them much, much worse than anything I was seeing. It was also, oddly enough, during a month where my stories were getting more traffic than they ever have."

What Kuchera says on his Ask.fm page is the complete opposite of what he told the Game Journo Pros regarding reader engagement and how people have generally reacted to #GamerGate

Seems disingenuous to imply that people harassed him over a topic they weren’t actually asking him about.

I did reach out to Kuchera regarding some of his other antics, but he hasn’t responded at the time of the publishing of this article.

Nevertheless, this kind of flippant attitude from Kuchera showcases that he has no interest in engaging in the kind of journalism that gamers are seeking out. Even more than that, he seems to have no interest in even acknowledging some of his own wrongdoing regarding improper sourcing and reporting.

Is responsible reporting too much to ask for?

Funnily enough, IGN seems to be making strong headway in attempting to meet consumers halfway, showing great signs of progress regarding informational disclosure and pro-consumerism, as evidenced in their latest article about Assassin’s Creed Unity.

#GamerGate is far from over, and it’s nice to see that some individuals within the industry are taking a stand to acknowledge where they’ve erred and where they could do better. There could be hope for games journalism yet.

Any apology article from Kotaku and Ben Kuchera inbound?