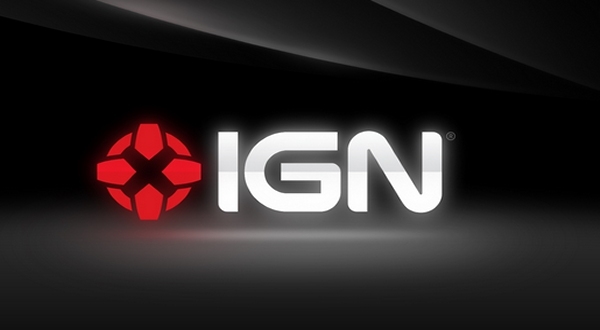 One of the big issues currently at the forefront of the demands from consumers pushing the #GamerGate revolt is that the people who gate-keep information for the publishers should have publicly available disclosure policies and an easily identifiable code of ethics in place. In this regard, whenever something that seems shady or comes across as a potential conflict of interest, readers have a clear understanding of what’s going on and what lines may have been crossed. IGN has heard the pleas of the many and they will concede to this request.

Over on the Kotaku in Action sub-Reddit, a concerned reader wrote to IGN using their contact forum on the site. According to the poster, he wrote…

“I'm curious if maybe we can start a dialogue about ethics at some point in the future. I want to point to The Escapists Magazine, who weeks ago continued to allow discussion about GamerGate, albeit under heavy moderation, and after reading and engaging with the community agreed they've failed on some ethical points, apologized, and then reformed their Code of Ethics. Not only did this effect The Escapist, but all sites under Defy Media's umbrella. This is all really GamerGate wants.

“I've tried to look all over the IGN site to see if you guys have a Code of Ethics posted, and I'm not seeing one, even going to the Site Map. Maybe I'm missing it, so if I am could you please point me towards it? If you guys don't have one posted, what are your honest thoughts about that? Would you consider formulating one and making it visible?”

The levelheaded, down-to-Earth letter actually managed to strike a nerve in IGN’s higher-ups. In fact, the letter itself managed to get a reply from IGN’s publisher, Tal Blevins. He’s been with the company since the very early goings and has transitioned up the ladder to prominence.

“Like you surmised, we do have and follow an internal ethics policy, but it is not currently public. We do list items such as our re-review policy, IGN Deals standards and practices, an explanation of how we review games, etc., but we don't have a centralized place for our overall standards and practices at the moment.

“However, this is good timing on your part as this is a subject we've been talking about internally for a bit and we're already in the process of updating IGN with a permanent, public outline of our standards and practices, so look for that soon.”

This is a great time to be a discerning consumer. You’ll now have a way to determine what the ethics and disclosure policies are of certain websites. This is a very good thing and a very pro-consumer move by major gaming websites.

The Escapist, Destructoid and now IGN are making it clear that they want to wholly reshape how people view their sites and regain reader trust.

Blevins finished off his e-mail, writing…

“Thanks again for checking in and know that ethics and professionalism is something that we take very seriously at IGN. We all have a passion for the subjects we cover -- from movies to television, comics to games -- but we also understand the significance of our responsibility to IGN's readers, so we hope that comes across in our coverage.”

And just for the sake of clarity and confirmation, I reached out to Blevins to ensure that the letter was legitimate and that IGN really was following through with the new protocol for public policy regarding ethics and disclosure. Here’s what Blevins had to say. 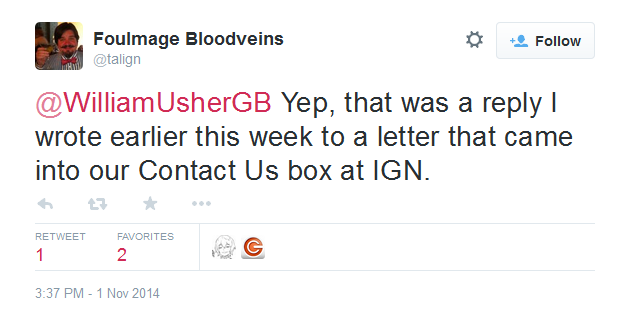 Now it’s just a matter of keeping an eye out for when these policies get put into play. It’ll also be up to readers to keep an eye on things and make sure that the websites maintain adherence to those policies.

No matter how #GamerGate is portrayed in the media, it is having real-world effects on the way websites will operate in the future. Score a win for ethics in journalism.