#GamerGate: 66% Of Americans Think Stronger Laws Should Be Passed For Online Harassment 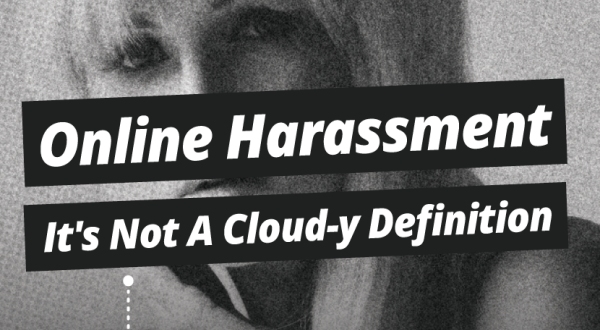 On November 20th, 2014, at the General Assembly in Washington, D.C., there was a panel called “Celebgate and Gamergate: The New Culture War”. It was a discussion about the dangers of privacy invasion, technology, online harassment and the steps and measures to curb this behavior. In addition to the discussion there was an infographic that was recently released that details how 1,000 U.S., respondents felt about certain issues of online harassment.

The infographic is mostly centered around the “Celebgate” scandal that went by its more infamous online moniker of “The Fappening”.  However, “Celebgate” has been conflated with #GamerGate by those who are pushing for stiffer online penalties for various individuals who are allegedly partaking in online harassment.

The stats in the infographic break down how people feel about online security, safety and the punishments that should come with taking harassment to levels that some deem to be unsafe.

The 1,007 respondents were surveyed by Rad Campiagn and Lincoln Park Strategies, along with Craig Newmark of craigconnects, the same groups who participated in the “Celebgate and Gamergate” panel discussion in Washington, D.C., which also included members of the press and a notable member of WAM, the new anti-harassment group that monitors online activity via social media. All survey participants were over the age of 18. The data is available over on the Onlineharassmentdata.org website.

As noted on the site…

Part of the survey data asked what people think about online harassment and what could be done to curb it. Part of what’s asked in the survey is “What Can We Do About It?” the data states that…

Some of the more relevant responses – outside of what was aimed directly at “The Fappening” – included 67% of respondents believing that social networks and platforms should create a code of conduct that all users must abide by.

64% felt that victims should be able to file lawsuits against online harassers. 63% felt that web hosts should not permit harassing behavior and allow the sites to enforce violations.

Most interesting is that 66% felt that there should be stronger laws passed related to online harassment, and that law enforcement should put more focus on tracking down online harassers.

Another interesting tidbit is that 64% felt social networks should create stronger Terms of Use and Terms of Service agreements on social media platforms.

Right now it seems like a lot of this is aimed at starting conversations to get traction going.

In the previous article about interest groups making a move to the senate…  supposedly there are plans to get legislation in place. The details on these procedures and which senators are getting involved have not been disclosed, yet. Although, a month ago, independent game developer Brianna Wu had mentioned that she was trying to get a sit-down meeting with the district senator to discuss legislation relating to harassment in an interview on 640 Toronto (at the 27 minute mark).

I did reach out to some of the individuals involved in the “Celebgate and Gamergate” panel discussion to ask about senator involvement and their plans for legislation, but at the time of the writing of this article there has been no response.

You can check out the full infographic for Celebgate below.

7 thoughts on “#GamerGate: 66% Of Americans Think Stronger Laws Should Be Passed For Online Harassment”

Leave a Reply to The Papist Cancel reply