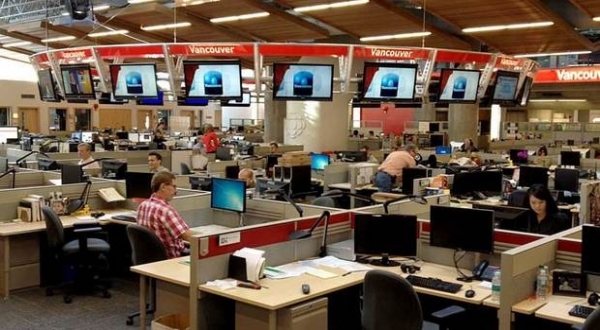 Every time mainstream media brings up #GamerGate they seem to focus solely on harassment and an angle manufactured around misogyny. One of the big problems is that some of this coverage from the mainstream outlets happens to be purposefully done to push an agenda. Worse yet is that some journalists don’t mind pushing the agenda. Thankfully, disillusioned gamers and a couple of journalists have decided to fire back.

For those out of the loop the CBC, the Canadian Broadcasting Corporation, recently ran a one-sided hit-piece against #GamerGate on their national television station (one hit-piece out of many, I might add). They claimed that #GamerGate was a harassment campaign to push females out of the gaming industry and to keep them out; a message that feeds into the fear-culture perpetuated by viewer-bait outlets.

The story ran on November 13th, 2014. It was re-recorded by a certain YouTube user, Steve Talon. You can watch it below (or you can view the original on CBC by viewing the post right here).

The two-and-a-half minute piece caught the serious ire of Breitbart writer Milo Yiannapolous, as well as independent journalist David Pakman, a journalist from a syndicated online show of the same name.

Milo checked CBC reporter Peter Mansbridge about the incident on Twitter,  given that the piece implied that Milo and David were involved in harassing women through the #GamerGate consumer revolt.

The CBC National Twitter account notified the social media meta-verse that the video had been fixed and Milo had been removed, linking to the below video.

Interestingly, Pakman is still present in the video, despite the fact that he’s been nothing more than a neutral observer and interviewer throughout the whole process, including even siding closer to what’s labeled as the “anti-#GamerGate” side than the “pro-#GamerGate” (even though realistically it’s either you’re for the reform of corrupt media or you’re not.)

A simple post on Twitter wasn’t enough, however. Pakman found himself perturbed enough to take his discontent with the situation to YouTube. Pakman unloaded a five-and-a-half minute video questioning the ethics and intentions of the CBC in the following video.

Nevertheless, shortly after the first article went live noting that the CBC refused to run an interview as a counter-point to their hit-pieces,  CBC journalists joked about viewers/readers/gamers complaining to their Ombudsman, Esther Enkin, about the biased portrayal of #GamerGate across multiple platforms of the CBC platform, from radio to digital news to television media.

Well, given that Bowman was involved with the original #GamerGate content that ran on CBC and admitted that his producers didn’t want to run the interview with female game developer Jennifer Dawe because they had already established a specific narrative about the scenario, saying…

“I planned to do a second [interview] for my radio column. My producers didn't want [to] go ahead with that topic, though.”

His comments were incentive enough to get gamers, consumers and Canadians alike to go directly to the CBC Ombudsman to report the broadcasting corporation’s biased and ill-researched coverage of the event, so far.

Over on Twitter and the Kotaku in Action thread users have been encouraged to contact the Ombusman by visiting the official CBC site.

Bowman later admitted on a separate occasion that the CBC had no interest in running both sides of the story.

“We are committed to reflecting accurately the range of experiences and points of view of all citizens. All Canadians, of whatever origins, perspectives and beliefs, should feel that our news and current affairs coverage is relevant to them and lives up to our Values.

“We have a special responsibility to reflect regional and cultural diversity, as well as fostering respect and understanding across regions.“

This did not come across in the #GamerGate coverage at all, as only specific, one-sided opinions have been expressed about the topic. They opted not to even address those using the #NotYourShield hashtag, which is all about giving diverse voices who have been marginalized by the media a platform from which they can speak out.

“We seek out the truth in all matters of public interest. We invest our time and our skills to learn, understand and clearly explain the facts to our audience. The production techniques we use serve to present the content in a clear and accessible manner.”

“On issues of controversy, we ensure that divergent views are reflected respectfully, taking into account their relevance to the debate and how widely held these views are. We also ensure that they are represented over a reasonable period of time.”

However, the truth is not being properly broadcast, since they opted not to use an interview they have of a female game developer that contradicts the narrative they’ve been publishing across their radio and television broadcasts. The CBC producers purposefully withheld information to avoid interfering with their coverage.

CBC opted to run four hit-pieces against #GamerGate within the span of October alone, not including their latest televised broadcast of #GamerGate.

They also widely labeled thousands of people as harassers and misogynists without offering the public at large an opposing view.

“We provide professional judgment based on facts and expertise. We do not promote any particular point of view on matters of public debate. “

The fact is that #GamerGate is about ethics in journalism. There is irrefutable proof of corruption that the CBC either willfully ignored or chose not to research. Many of the issues within the games journalism sphere have also been highlighted by writer David Auerbach in his piece on Slate titled “How to end Gamer: A divide-and-conquer plan.”

There is an alleged FTC violation by the IGF and Polytron regarding a rigged contest, which is illegal in the state of California. There’s also a matter of 40,000 users who had their data hacked and it wasn’t reported on for an entire year because of a journalist didn’t want to risk his relationship with Electronic Arts. These situations and more have been outlined in a complete #GamerGate dossier of all the journalistic corruption that has been uncovered thus far.

What’s more is that there has yet to be definitive proof of #GamerGate actually being responsible for physically driving women out of the tech and gaming industry. Purporting false allegations as truth without any evidence is scandalmongering.

“As stipulated in CBC Program Policies, general-interest programs and content and the staff producing them on all platforms must comply with the values of balance and fairness as set out in JSP when dealing with current issues, especially if controversial. “

#GamerGate is very controversial, and it’s being handled like a joke by some journalists as evidenced above with the image of Bowman’s tweet, as well as the agenda-driven videos embedded in this very article. That’s not to mention the irresponsible labeling of certain journalists as being part of a harassment campaign without properly researching their position.

As noted in the section “Editorial Responsibility and Upward Referral”…

As mentioned above, there is clear proof of the CBC not adhering to their own Journalistic Standards & Practices. You can cite the instances above where they have clearly breached their own ethics policies when you contact the CBC Ombudsman.