Xbox One Dev Says 95% Of His Studio Supports #GamerGate 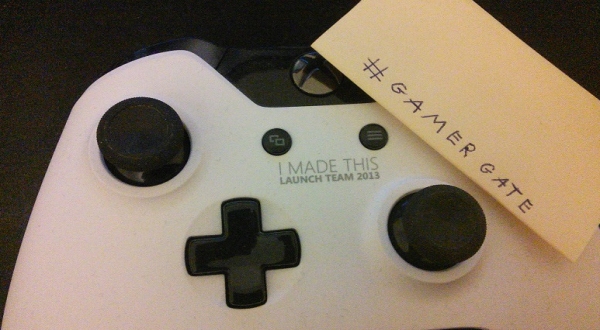 The Escapist did a series of interviews with various developers – some known, some unknown, some anonymous and some willingly stepping forward with their identity laid bare – and it revealed some very interesting perspectives on how some people within the industry view the phenomenon that is #GamerGate.

I thought the Xbox developer interview was pretty telling – now you can call it cherry picking but the articles I had planned over the weekend had to be put on hold because the host server was down for maintenance all day long. So I’m going to do something for the Xbox developer first and if I have time, go over some of the other interviews later.

Anyway, in the Escapist Magazine’s interview with the Xbox developer it shined a light on a lot of what gamers have already perceived.

In regards to support, #GamerGate is quite popular in the studio where the anonymous Xbox One developer works – it’s the same  developer who came onto 4chan. He stated that…

“Well, as a rough estimate in my studio, I would say above 95% [support #GamerGate]. In the rest of the AAA industry numbers should be more or less the same. The percentage drops as we get closer to the indie market, as quite a few of them (plenty examples as we know) are using controversial, yet non-issue subjects and topics to garnish attention for their own games.”

The Xbox developer and a few others also have issues with what are called “Social Justice Warriors”, different from real-life social justice advocates. The difference between the two is that one uses inflammatory methods to feign a campaign for equality, diversity and justice all while condemning and attacking people, while the other is all about peacefully bringing awareness and democracy to social inequality.

In one of the other Escapist interviews, another anonymous developer, going by the pseudonym “Oakheart”, commented that…

“Without question. SJWs have an agenda, and they have a memory, they have focus, they have a sense of moral certainty and entitlement, and they have neither a broad perspective nor a shred of acceptance for any point of view other than their own. I have already received a deluge of hate for daring to take any public stance other than full obeisance at the Altar of the Aggrieved.”

“Oakheart’s” comments rang more true than you know. In fact, a Polygon editor, Owen Good, simply stated his disapproval of both sides of the #GamerGate argument and the “Social Justice Warriors” went on full attack against the guy.

Owen Good on Twitter: “#gamergate people wouldn’t believe how many anti-GG people I’ve blocked, and vice versa. You people deserve one another.”

The Xbox One developer also noted how the “Social Justice Warrior” smear tactics and subversive methods for undermining the #GamerGate movement caught a lot of developers by surprise who didn’t even understand what was going on; he brought up the petition that was shopped around to get developers to stand against #GamerGate…

“A lot of people added their names to that list without knowing the context; some of those people are not even devs, and some are just simple names that don’t identify anyone. It was a pathetic attempt to squash #GamerGate in its infancy, and it was also the point where I decided to step out and tell people that they are not alone, and the devs are with them.”

The Xbox One developer believes that if any of the larger studios step up and step out that it will instantly end #GamerGate, as the radical “Social Justice Warriors” will end up being defeated. Of course, I tend to think that it would take one of the big three manufacturers to make that happen, but judging by Microsoft’s own senior communications manager, Will Tuttle, he wasn’t all too pleased with “Xbro’s” responses in The Escapist interview. He has an exchange with the close personal acquaintance of the Depression Quest creator, stating… Tuttle later states that that’s just his own opinion, and that the anonymous Xbox One developer is entitled to his, too.

It would also look pretty bad on Tuttle’s part if Microsoft came out in support of #GamerGate.

Nevertheless, the tide is finally starting to turn as more facts are being made public and people are coming forward to recognize the virus that has spread deep into the gaming media’s core. It’s a problem that will require a lot of effort and determination on the part of the gaming community to get rid of the infestation. So far, gamers are doing quite well with “Operation Disrespectful Nod”.

You can check out the full interview with all the other developers over on The Escapist.