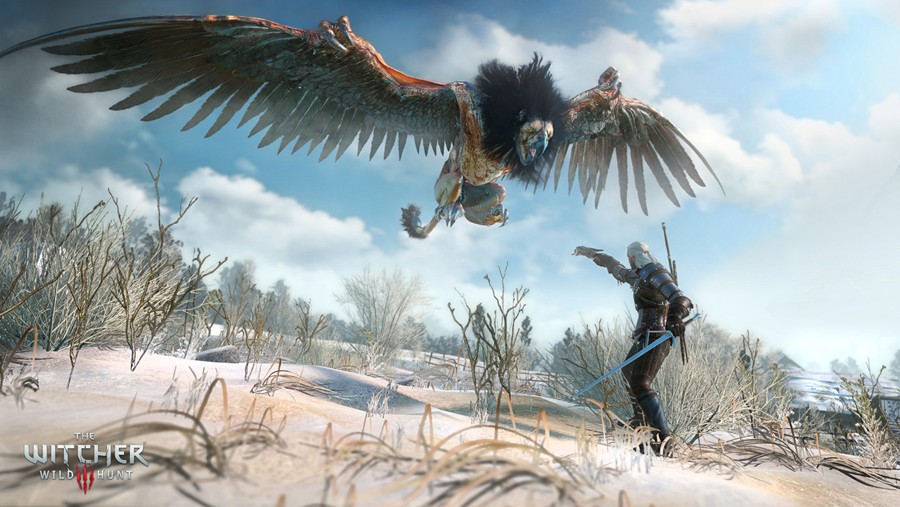 Evolve PR sent out some brand new screenshots for CD Projekt RED’s upcoming open-world role-playing game, The Witcher 3. The new screenshots feature Geralt of Rivera getting ready to duke it out with a giant Griffith, as well as some beauty shots of the great plains.

Quite naturally, The Witcher 3 is easily one of the best looking games due for release in 2015. The developers continue to showcase just how achieved they are with the way the RED Engine can trick the average viewer into thinking that some of the scenes are almost par the course for traveling the great uncanny valley.

You can check out the new screenshots for The Witcher 3 below.

The game packs in more just a standard visual punch. There are more spells, new combat mechanics and plenty of badassdom to spread around. I’m also curious how well CD Projekt will handle any criticisms of the way any female characters will be portrayed in the series. The studio came under fire for the first game’s collectible cards and the second game having one of the main female characters pose in a lad’s magazine. Oh, what foils for the fodder of click-bait will they feign next?

I’m most interested in being able to see how well they can flesh out a 40-hour game without relying on the typical fetch quests and grind quests. I’m also equally interested to see what Cyberpunk 2077 looks like, but I guess we’ll first have to get through the release of The Witcher 3: Wild Hunt first.

You can learn more about the game by paying a kind visit to the official website. The Witcher 3 is due for release on February 24th, 2015.