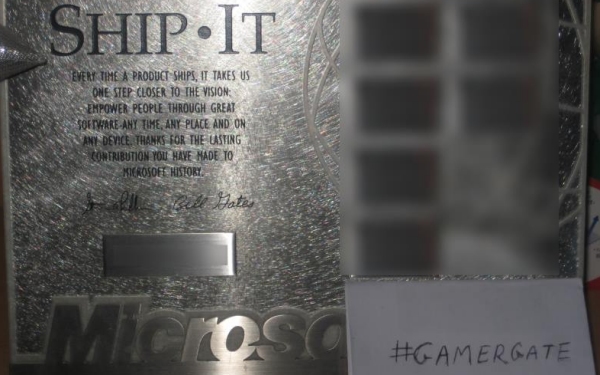 In addition to the “Xbro” developer that came out in support of #GamerGate previously, and partook in Escapist Magazine’s developer interview, another high-level Microsoft employee has come out in favor of the consumer revolt, telling gamers to keep fighting the good fight.

The post took place on the dedicated #GamerGate thread on 8chan (also known as Infinite Chan). The good folks over on the Corruption in Games Journalism page spotted the post and screen-capped it so everyone can see it.

The “Shipt It” award is handed out to those who have successfully been part of a project that managed to ship to the public. This is a very prestigious award handed out – not just for people who worked on the project but managed to be part of a team that legitimately shipped it – as noted by the snarky but informative article on the TechNet Magazine website.

Previously, the Xbox One developer mentioned that 95% of the studio where he worked supported the movement, was tired of the corrupt journalists and wanted to get the industry back to being about gaming.

One of the things the “Xbro” mentioned in the Escapist interview is that small doses of developer support from the industry that eventually leads to full-on support from larger studios will eventually end the conflict, stating…

“[…] I believe that ultimately the game devs coming out in support of the gamers is what will end this whole scandal, or at least tip the balance so much in our favor that they (the SJWs and other groups of ‘special snowflakes’) will simply stop trying to interfere with our games and culture in such an aggressive way.”

I have to tip my hat to the “special snowflakes”, though. They’ve put up a bit more of a fight than I expected from the trilby-wearing, hipster-acculturated, liberal-arts warriors. That’s not to say I respect their fact-spinning, lie-pushing social agendas shoved down to the public from their trust-fund soap boxes, but it does mean to say that I didn’t expect that they would find a way to spin a lie into a mass-media narrative for more than two months, but here we are.

Anyway, as the Microsoft employee states, it’s about staying on track and supporting the industry you love. Ignore the shills. Don’t fall for the bait. Avoid the false flags. “Operation Disrespectful Nod” beckons your polite and sincere e-mails. 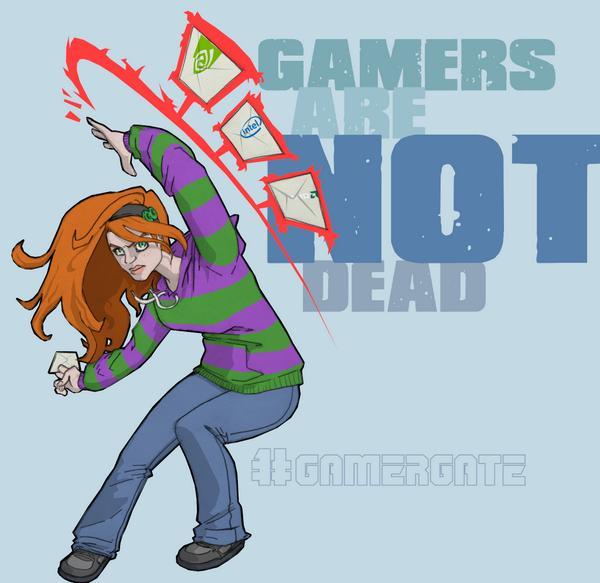