Phil Spencer On DX12 For Xbox One: Hardware Doesn’t Change When You Go To DX12 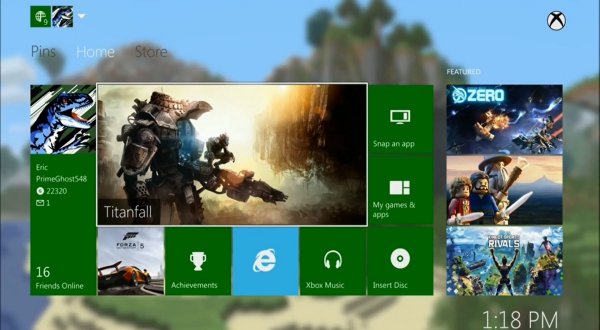 Xbox One division boss Phil Spencer had a recent interview with The Inner Circle, discussing and addressing some of the common concerns and interests about the Xbox One and its features. The interview revealed a ton of interesting things, including the ability to customize the Xbox One’s background and theme as well as what gamers can realistically expect from DirectX 12.

So first up, remember that Xbox One custom theme concept video made by YouTube user Prime Ghost Gaming?

Well, as noted on the Xbox Mad website that hosted the The Inner Circle interview with Phil Spencer, you can expect the custom themes to become a reality, with Spencer saying…

“You will see , I’ll announce it here, I was told themes and background pics are something that we are working on, and screen shots!”

Now let’s get to the real meat and potatoes.

Previously it had been preached like the second coming that DirectX 12 would be the savior of the Xbox One; that the rapture would take away all the 900p infidels and 792p vagabonds from the Xbox One’s resolution stash. However, Phil Spencer dropped some bombs that may disappoint some of the more diehard fanboys, saying…

“I got asked early on by people is DX12 would change the graphics capabilities of the Xbox One and I said that it wouldn’t. I thought – and I’m not trying to rain on anybody’s parade – the CPU, GPU, memory that’s in an Xbox One doesn’t change when you go to DX12. DX 12 makes it easier to do what the Xbox One is good at, which will be nice. You’ll see improvement in games with the use of DX12.”

“Improvements” translate to “optimizations”. Fixed hardware doesn’t get “better” in time, it receives better optimization. This means hunkering down the CPU cycles, stretching that memory bandwidth and crunching those load times like a junkyard compressor. What it does not mean is that magically the hardware will be able to perform or execute instructions it couldn’t do or wasn’t designed to do. If the graphics get better in games it’s because LOD is handled better, or pipelines for geometry load are tightened up. It doesn’t mean that the software is making the hardware stronger or more advanced than what it already was.

However, Spencer verifies this point by going on to say…

“People ask me if it’s going to be dramatic, and I think I answered ‘no’ at the time and I think I’ll say the same thing. But it will ease development – and especially for guys who are doing games on PC and on Xbox – because those two APIs, if they’re the same, then it’s obviously just less work for studios to manage the differences between platforms, for studios doing work on both PC and Xbox One.”

“I think it’s easier use of the hardware in the Xbox One or in a PC, and there’s just an easier common API for guys on both platforms, which are good things.”

So there you have it, folks. The Xbox One will get an upgrade but not the one you deserved, but the one you needed.

Don’t expect the oddball resolutions to completely disappear either. In fact, for the sake of parity and potentially hard-locking frame-rates, I wouldn’t put it past most studios to middle out at around 900p on average. However, we’ll have to see how well they optimize and what they’re willing to sacrifice to get the resolution to hit certain marks.

You can check out the full interview with Phil Spencer over on YouTube.

One thought on “Phil Spencer On DX12 For Xbox One: Hardware Doesn’t Change When You Go To DX12”