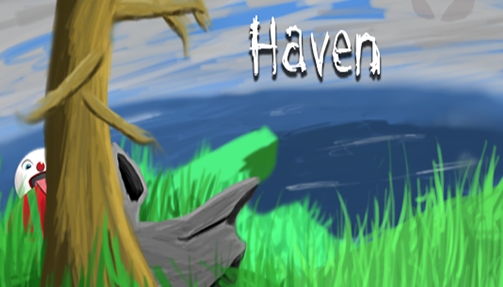 I can’t rightly say that I completely understand exactly what the game is about, or what players will be facing down against as far as enemies go, but given the anemic offering of variety in the AAA sector, I’m usually willing to at least give an indie game or two a looksy to see what it’s doing different from the competition.

“Haven is a 2D Turn based RPG in which you play as Cleril the poet. Cleril is insane you see and his subconscious is none too happy about being locked away in an asylum. A mental civil war is brewing. Will you be able to finish it? Or will you become a slave to the subconcious?”

And with that lovely description rolled out, you can check out the gameplay trailer below.

If the Cleril Calamity Studios name sounds familiar to you, that’s because it’s attached to the risque visual novel known as My Name Is Addiction, a game about the hardships of overcoming addiction.

If you like what you see in the video above or you want to give the game a spin all your own, feel free to do so by paying a kind visit to the official Steam Greenlight page, where you can grab the free alpha demo.

For now, quite a few people have given Haven an upvote or two, so it seems to be off to a pretty good start compared to the rocky controversy that Cleril encountered with My Name Is Addiction.